“Dophie Do It”
4 comments
Share:FacebookTwitter
Benedict 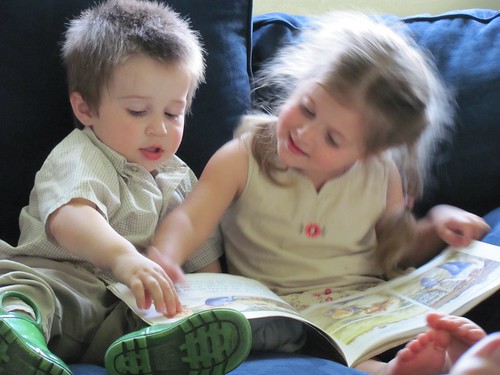 In the past couple of weeks getting Ben to go to sleep has become an epic battle. For some reason we have not yet discerned he has decided that his bed is his enemy and he will. not. go. gently. 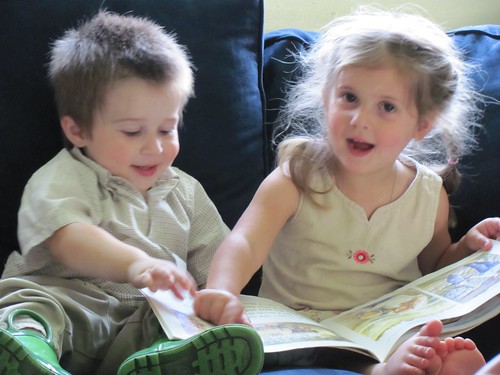 Bedtime is the worst; but nap time has been pretty tricky as well. Saturdays and Sundays have always been particularly hard because there are more people around and going to sleep seems like missing out on the fun. So today when it came time for his nap we asked Ben who he wanted to read him his stories and tuck him in. “Do you want Mama to do it? Or Daddy? Or Auntie Tree?” 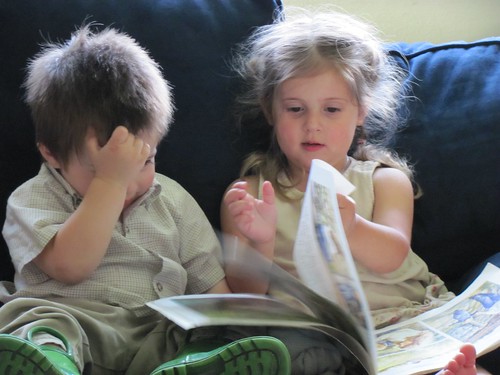 No. No. No. He wanted his sister to read to him. “Dophie do it.” It may have started as a sort of protest or joke. We often joke about Anthony changing his diapers for him and the like. But Sophie was game and so the two of them sat down together to look through a pile of books. 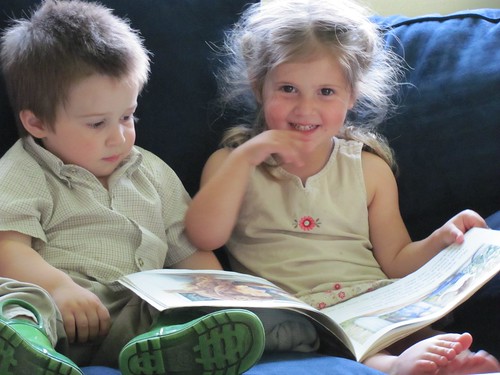 It doesn’t get much cuter than that. 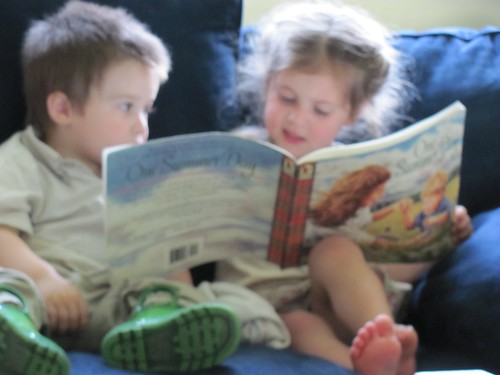 Of course it also wasn’t terribly conducive to his settling down for sleep either. But after a few books I told him it was the last book and then he’d have to go to sleep. When it was done he tried to drag his heels again. As I gathered his blankies and prepared to tuck him in, he began to protest again. “Do you want Tree to do it instead?” 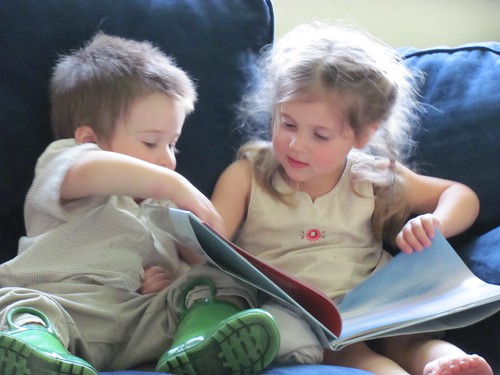 “No. Dophie do it.” And so Sophie took him by the hand and led him to his bed. Wish I’d been able to snap a picture of the two of them walking hand in hand through the kitchen. So cute. 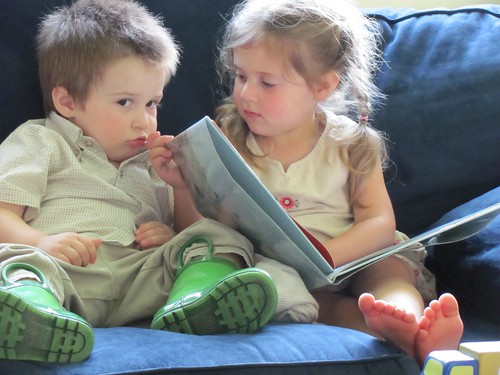 Sophie took him to the bed and then said goodnight and I helped him climb in. Then he decided that I couldn’t tuck him in. “Daddy do it.” So Daddy did and he actually went to bed after a few minutes of cuddling with Daddy.