By Melanie Bettinelli on February 5, 2017 in Benedict, Uncategorized 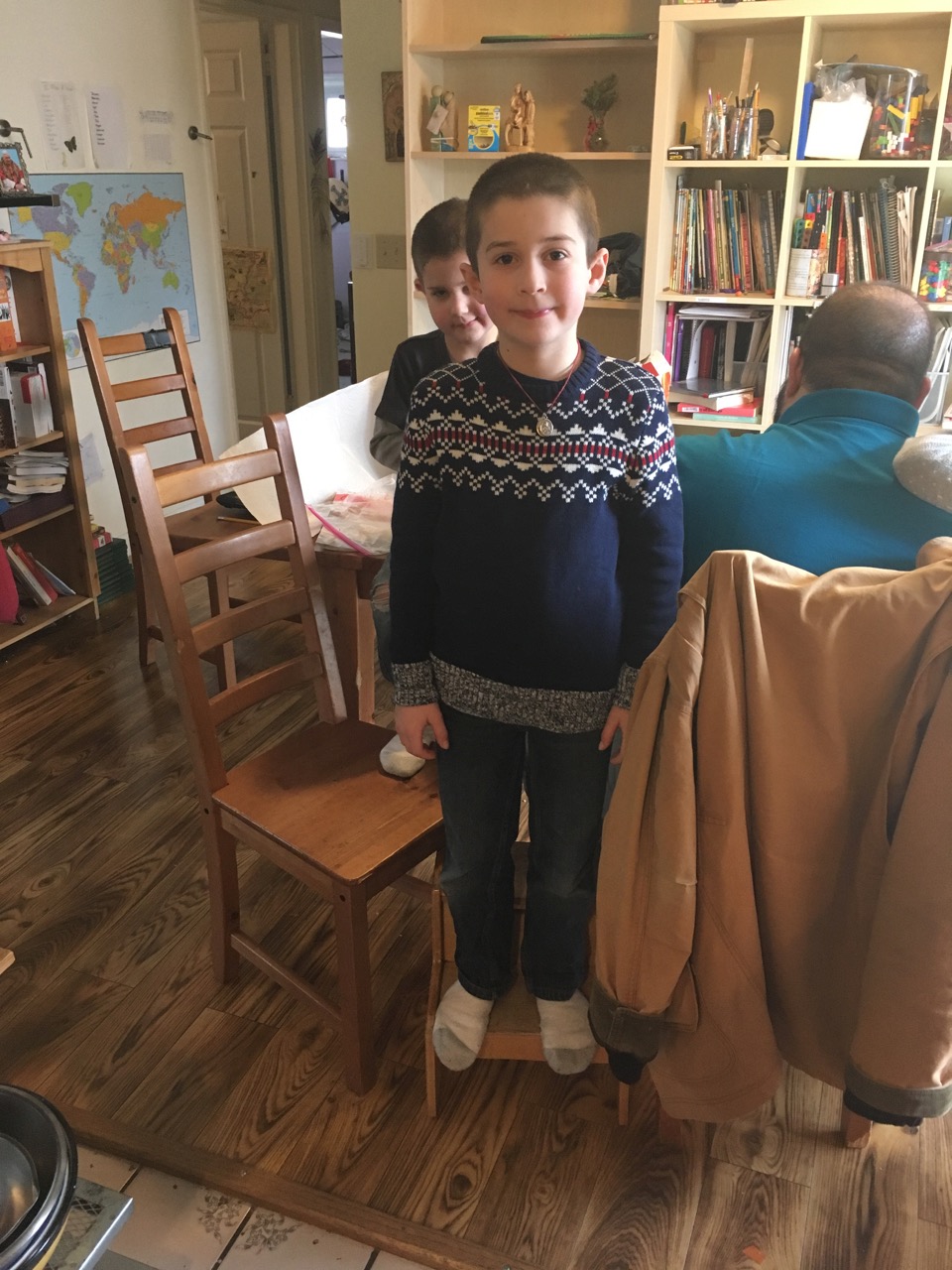 Ben is my super shy kid. Up until about a year ago he would not let me take his photo. Many a posed family photo has him lying on the floor at our feet. (See Bella’s first communion, for one.) He really only talks to members of the immediate family, only recently starting to say a few words to a few select friends.

At home, though, he’s energetic and silly and if not effusive he can make his share of noise and silly jokes (though still very quiet about deep matters of the heart).

Still waters run deep and I have been sure for a while that there’s a deep richness in his quiet little heart and that he knows Jesus and is ready to encounter Him in the Eucharist. But I knew that confession was going to be a bit of a hurdle. “You can receive the Eucharist whenever you’re ready,” I told him, “but first you’re going to have to go to confession. And that means you’re going to have to talk to a priest.” I left it at that and we haven’t pushed him at all, though we do mention it occasionally and remind him of the priests he knows and tell him he can choose to go to whoever he wants. It was important for him to come to a decision on his own. But at last he told Dom that he thought he was ready.

So we asked Fr Matt Williams, who heard Sophie and Bella’s first confessions too. He’s a wonderful priest, preaches some of the best sermons I’ve ever heard, really in love with Jesus, ready to stop and pray with anyone at the least provocation. He heard Bella’s first confession as a spur of the moment thing when a joke became a sudden reality and he ran with it. He knows how to reach children, they know he loves them.

Of course Fr Matt agreed and today after Mass we met with him and Ben, my quiet little Ben, made his first confession. And it was very good, at least as far as I can tell. Ben didn’t say much about it, but what he did say let me know that the Spirit was moving him, quietly and deeply.

We went out to have a special meal at Panera, Ben’s choice. And I made a lemon cake. And then of course we ended the day staying up way past his bedtime with the Super Bowl and a Patriots win. A good day, a special day. It was a very happy little boy I tucked into bed tonight. 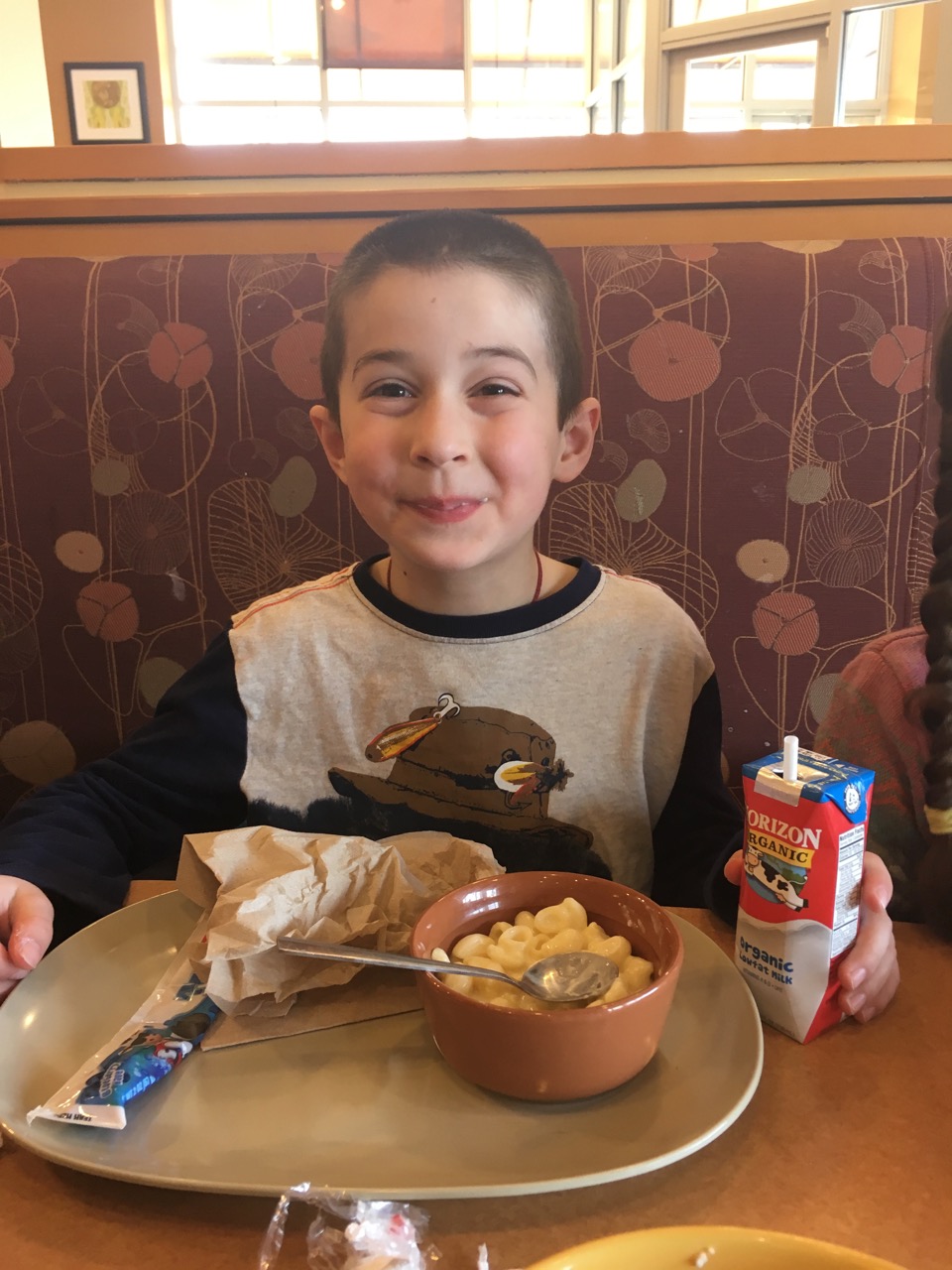 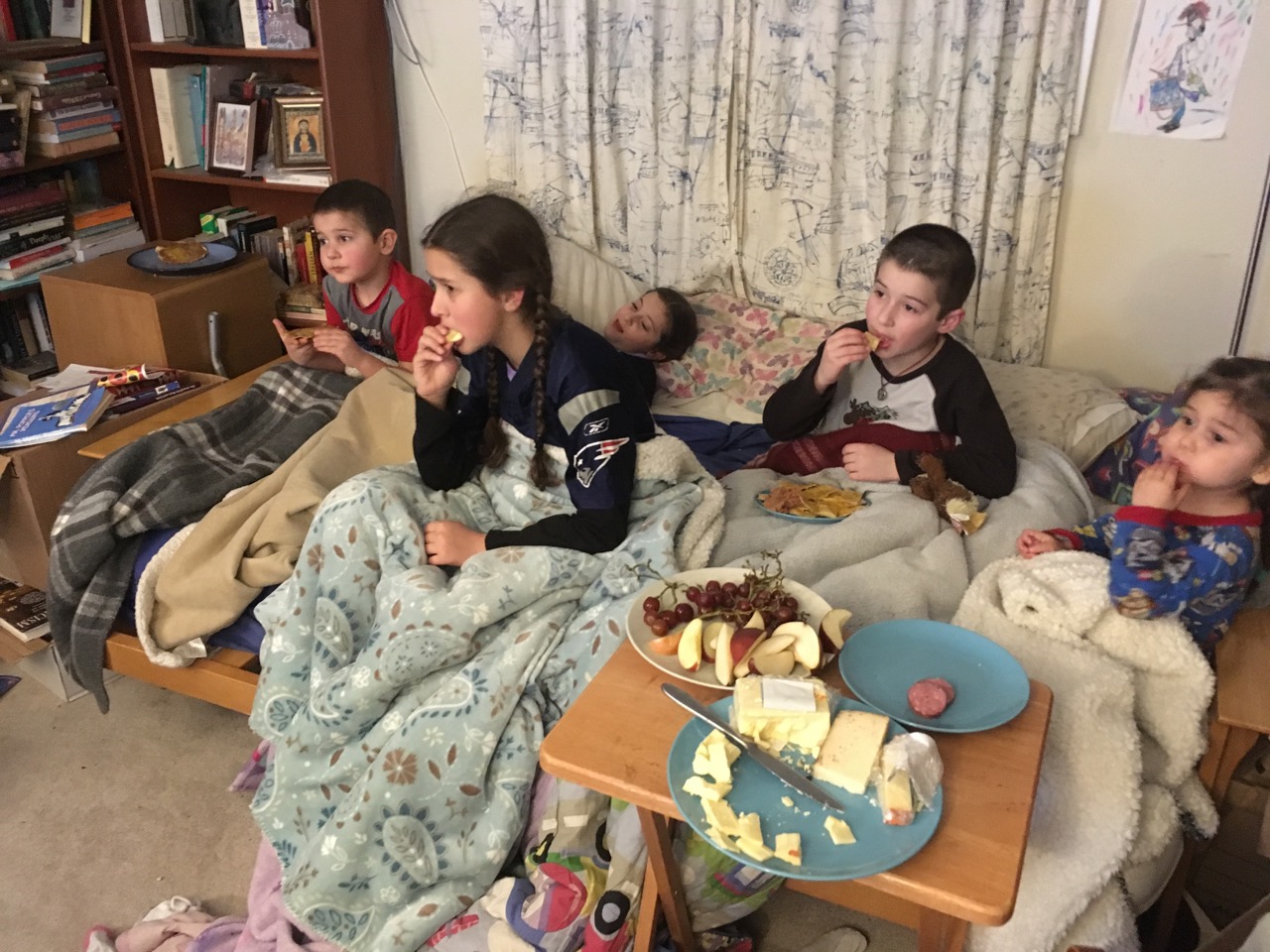 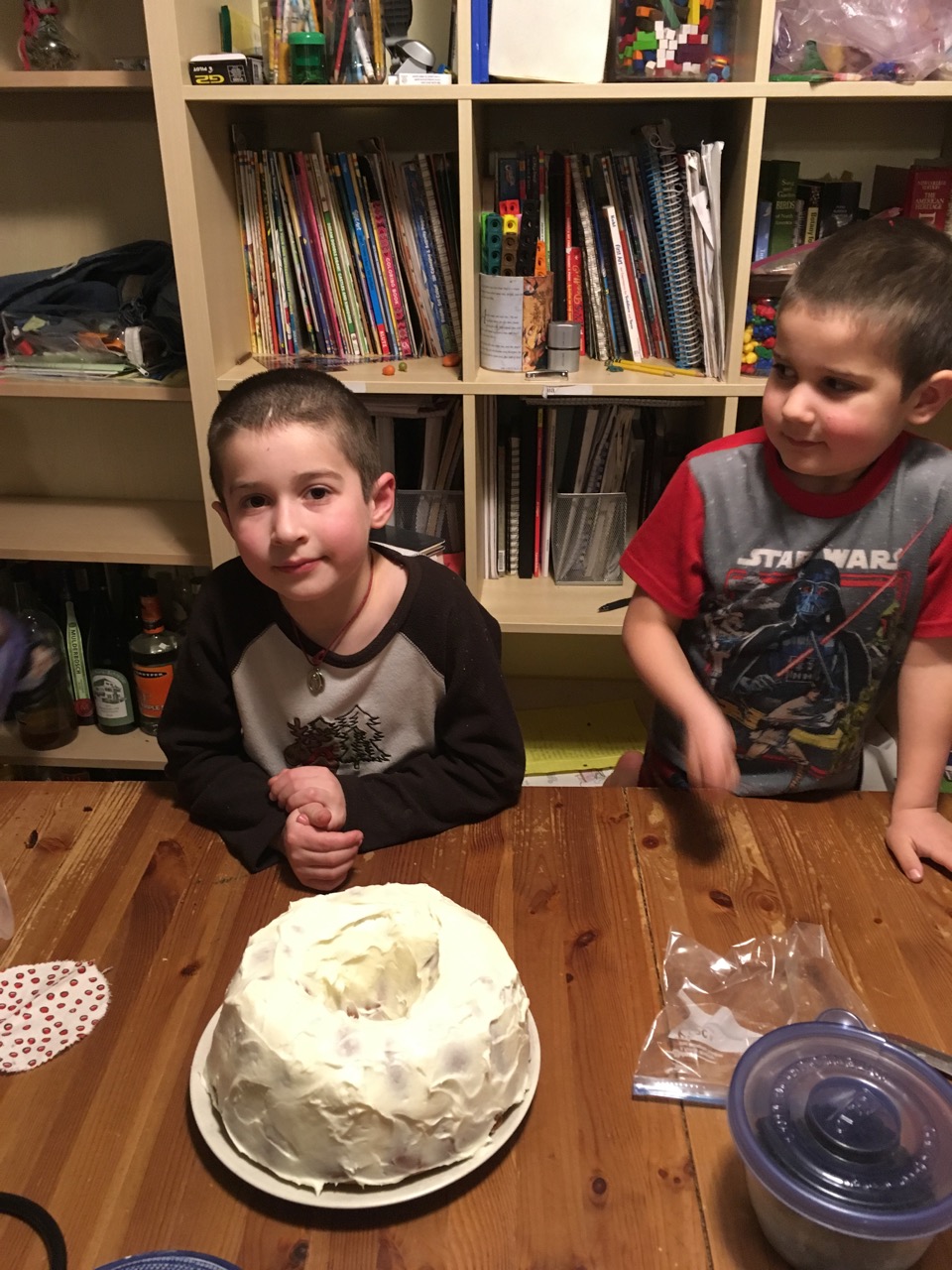 To Any Reader
Learning Notes Week of January 30