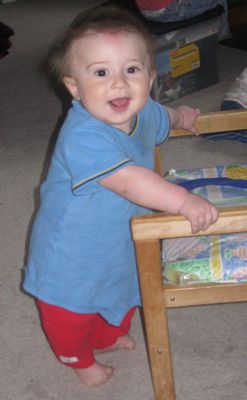 He’s begun really crawling this week and he can pull himself up to stand. But he can’t figure out how to sit up when he’s flat on his back. 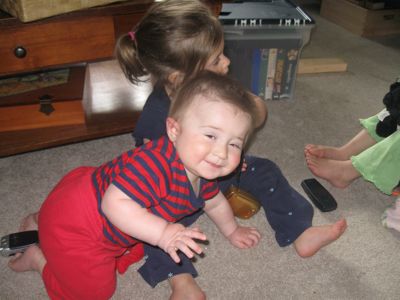