From the Irish: Daily Dose of Poetry and Art 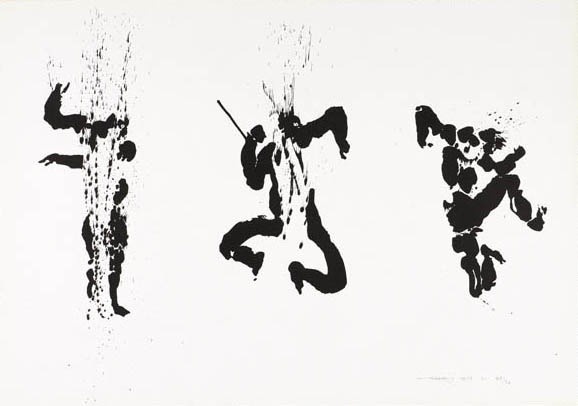 Most terrible was our hero in battle blows;
hands without fingers, shorn heads and toes
were scattered. That day there flew and fell
from astonished victims eyebrow, bone, and entrail,
like stars in the sky, like snowflakes, like nuts in May,
like a meadow of daisies, like butts from an ashtray.

Familiar things, you might brush against or tread
upon in the daily round, were glistening red
with the slaughter the hero caused, though he had gone.
By proxy his bomb exploded, his valour shone.

When I was in grad school I wrote a paper on this poem by James Simmons for my class on Irish heroic literature. It’s a brilliant little poem connecting the Irish heroic past with the contemporary “Troubles.” Obviously, I could write volumes about the commentary both on the modern political situation and on the use of the heroic literature to inspire Irish Nationalism. The appropriation of Cúchulainn, who is a sort of Irish Achilles, is not new to Simmons, but can be traced to Yeats, Lady Gregory, and other poets and writers of the Irish literary revival.

The image is an illustration of the Irish epic, The Táin Bó Cuailnge (The Cattle Raid of Cooley). It was done in the 1960s for the Thomas Kinsella translation, which was the translation I read in the same Irish heroic tradition class. Wracking my brain to think of an image to put with this poem, it occurred to me that only one of Louis le Brocquy’s images from The Táin would do. This image shows the hero Cúchulainn in his “warp-spasm” a kind of supernatural fit that gave him superhuman strength, an extreme form of the berserker rage. It seemed rather apropos for this poem.