It’s been quite a while since I was even able to sit down and work on poetry. Tonight I told myself I was just going to look at a painting and do a writing exercise and this poem surprised me. Such a lovely gift.

The other day I was reading T.S. Eliots Dry Salvages, one of my favorites, and trying to remember exactly where the rocks called the Dry Salvages are– I knew they were off the coast of Cape Ann in Massachusetts, but exactly where? — I stumbled on this lovely blog post by a kayaker who paddled out to visit the Dry Salvages.

I knew they were a real place, I wanted to know what they look like. And now… after they’ve worked their way into my poem– rocks, gulls, seals, wrecks and all– I’m wondering why they were haunting Eliot’s imagination. At two miles out, can you even see them from shore? This lovely Boston Globe column by James Parker helpfully reminds me of the note that mentions that they have a beacon on them. Maybe it’s the beacon that caught his imagination and the name? Ah… it also informs me that Eliot saw them from a sailboat: “Trapped in wartime England in 1940, Eliot found his imagination traveling back to the seascapes of his boyhood, his summers in Gloucester, Mass., his sailboat voyages between Cape Ann and Maine with his friend Harold Peters, and then beyond them, towards the wild and watery origin of everything.”

This is a lovely column, by the way, sadly, behind a paywall. So I’ll excerpt Parker’s opening reflection on the name of the poem and Eliot’s note, which is the best close reading I’ve seen on it:

THE DRY SALVAGES— presumably les trois sauvages— is a group of rocks, with a beacon, off the N.E. coast of Cape Ann, Massachusetts. Salvages is pronounced to rhyme with assuages. Groaner: a whistling buoy.”

So runs the little note at the beginning of T.S. Eliot’s “The Dry Salvages,” third poem in his sequence Four Quartets. The note is a poem in itself, really: factual-sounding at first, nearly pedantic, a miniature lecture (on etymology, pronunciation, definition) that nonetheless deepens on every side into shivery Eliotic resonance. He could have used pages, our poet, or rages—but no, it had to be the King James-y assuages. Suffering and succor. The name of the rocks themselves: aridity, salvation. And floating out there somewhere, the hopeless, enduring, sad old groaner.

And one more excerpt for good measure because this really is a lovely essay, part travelogue and part literary criticism, from Parker’s conclusion:

You know when you’ve stepped inside a poem: You feel it, you hear it, the tuning-fork hum of a superior imaginative energy. While the tension holds, everything around you has a strange and dreamlike valence. Visiting the Dry Salvages is not like that. As we lurched towards the rocks, and began to hear the smack and suck of the waves at their rough ledges, I was only, glumly, aware of a kind of age-old lumpiness in reality—a hardness, a juttingness. The roosting cormorants disapproved of us. Three seals raised their heads above the water and regarded us with empty curiosity.

These rocks were concrete, unmetaphorical, and navigationally significant. You couldn’t befriend them. You didn’t want to mess with them. The sea pitches you, the rocks smash you—a state of affairs never quite, in the end, to be accommodated. “You cannot face it steadily,” wrote Eliot, “but this thing is sure….” The Dry Salvages give you no help. Raw material? Only for the greatest of poets. 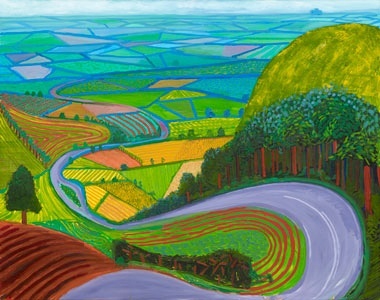