Poem at the New Year: Daily Dose of Art and Poetry 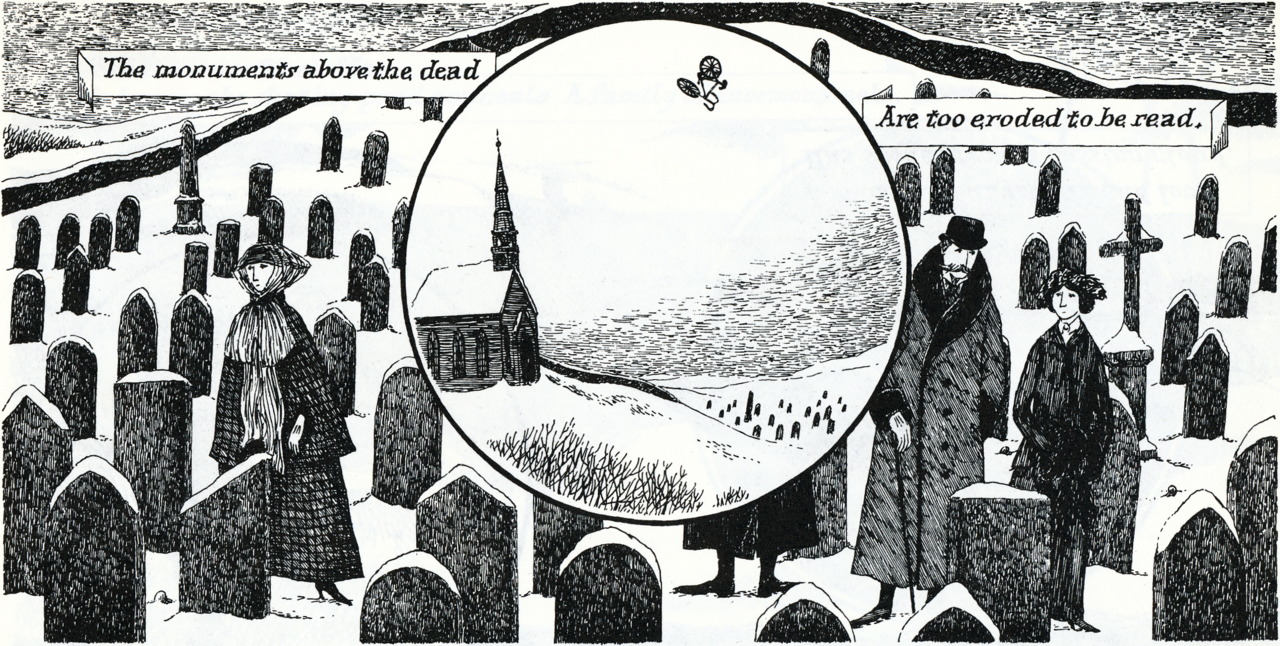 Poem at the New Year

Once, out on the water in the clear, early nineteenth-century twilight,
you asked time to suspend its flight. If wishes could beget more than sobs,
that would be my wish for you, my darling, my angel. But other
principles prevail in this glum haven, don’t they? If that’s what it is.

Then the wind fell of its own accord.
We went out and saw that it had actually happened.
The season stood motionless, alert. How still the dropp was
on the burr I know not. I come all
packaged and serene, yet I keep losing things.

I wonder about Australia. Is it anything about Canada?
Do pigeons flutter? Is there a strangeness there, to complete
the one in me? Or must I relearn my filing system?
Can we trust others to indict us
who see us only in the evening rush hour,
and never stop to think? O, I was so bright about you,
my songbird, once. Now, cattails immolated
in the frozen swamp are about all I have time for.
The days are so polarized. Yet time itself is off center.
At least that’s how it feels to me.

I know it as well as the streets in the map of my imagined
industrial city. But it has its own way of slipping past.
There was never any fullness that was going to be;
you waited in line for things, and the stained light was
impenitent. ‘Spiky’ was one adjective that came to mind,

yet for all its raised or lower levels I approach this canal.
Its time was right in winter. There was pipe smoke
in cafés, and outside the great ashen bird
streamed from lettered display windows, and waited
a little way off. Another chance. It never became a gesture.

Another poem shared on Facebook, which seemed too perfect not to use for the beginning of this new year of poetry and art. I don’t really know John Ashbery; but reading his biography on Wikipedia I discovered that while he was at Harvard he knew Edward Gorey. Even though the picture doesn’t really match the poem, I knew when I read that that I would have to use a Gorey picture for this post.

I first met Edward Gorey when I was in college and my best friend Stephanie had the Gashleycrumb Tinies poster on her dorm room wall. I confess it suits my rather macabre sense of humor. Actually, I had met Gorey earlier, I just didn’t know it was him. For it was Gorey who was responsible for the animated sequence that opened every episode of PBS’s Mystery, that lovely black and white sequence with the oversized urns, the policemen with torches, the fainting lady.

Anyway. My mom caught on to my fascination with Gorey and over the years has showered me with various Gorey paraphernalia: calendars, a t-shirt, etc. The first time I toured the Old Burying Ground in Boston I was astonished to find that Gorey’s stylized wafer-thin tombstones with the funny little skulls with wings were not in fact his own invention but were drawn true to life. Who knew?