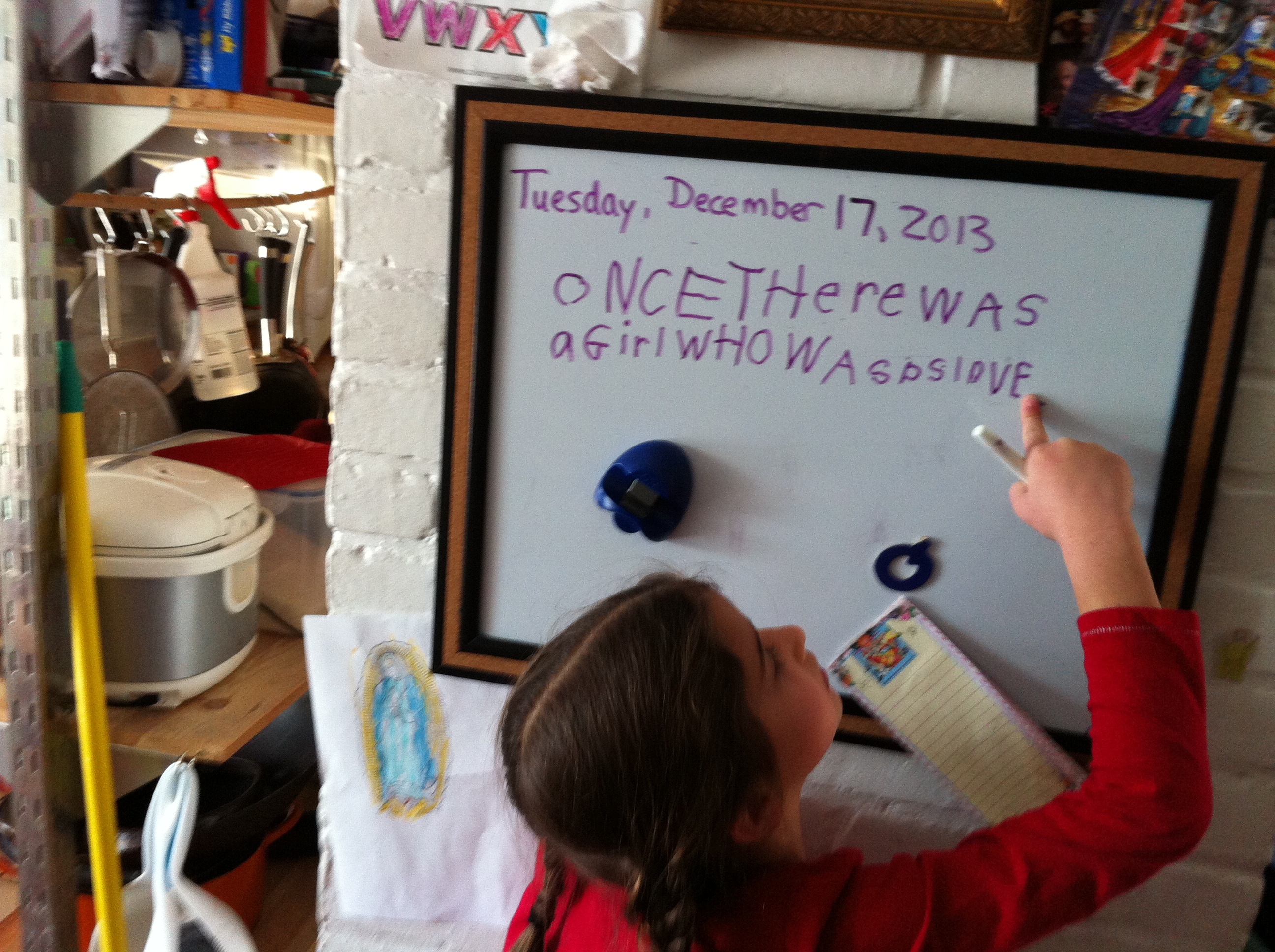 “Once there was a girl who was a slave.”

Bella wants to practice her reading and writing by telling a story via whiteboard message. She writes one sentence, then I write the next. We’ll see if we get past the first exchange. I fear neither Bella or I are very good at follow-through. We both like to do something so long as it is new and shiny, but we get bored very quickly. I wish sometimes she weren’t quite so much like me. But we’ll see. At least it got her to write a bit today. And each day is it’s own challenge.

I had to spell all the words for her. So that’s a bit of a barrier to keeping this going. She has to have my attention because she isn’t really fluent enough to write on her own. She kept interrupting the story I was reading to Ben and Anthony and Sophie in order to get me to spell the words.

I did write up the next sentences: Her name was Sara. and She lived in Carthage. The tricky part is getting Bella to read it. (I think I’ll try to record it in a more permanent form if it does continue to grow.)

Bella loves the idea of it being like secret messages back and forth. For a while we were doing that with Egyptian numbers. I’d write a number in Egyptian notation and she’d have to figure out what it was and vice versa.

Sophie also did some writing today. She wanted to write a story about going out into the snow. So I wrote it on a piece of notebook paper and she copied it out. She doesn’t really have any concept of breaks between words or lines.

This afternoon Sophie and Bella were playing early Christian martyrs. I overheard Bella telling Sophie that this was one of the stones that was used to kill her sister. One of the stones. It was purplish, she said.
Last week they were burning Ben at the stake. What’s next?

Sophie was pretending to be a princess wearing a very long skirt. One of the rules was that she couldn’t let anyone see her feet, not even her toes.

Sophie is making leaps and bounds in reading. Suddenly it’s coming together and it’s beautiful to see.

One Response to “Once there was a girl”