April Is The Cruelest Month—Blogging the Waste Land Part 4 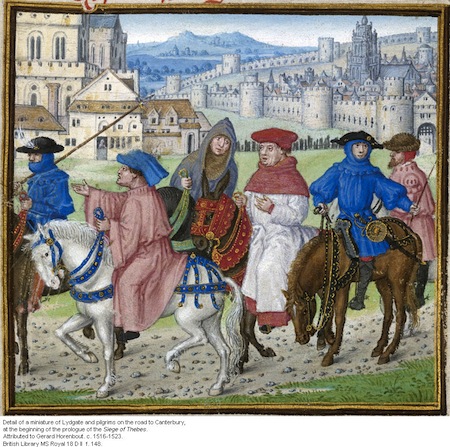 Believe me I was tempted to do a blog entry on the title of the first section, The Burial of the Dead—but I know there is someone out there saying: Get on with it already! How many blog entries can you post before you even get to the first line of the poem?! So I’ll let that go with a note that the title of this section is from the Anglican Book of Common Prayer, which begins

I AM the resurrection and the life, saith the Lord: he that believeth in me, though he were dead, yet shall he live: and whosoever liveth and believeth in me shall never die. John 11: 25-26.

Keep those words in mind as you read because I believe that the the motif of resurrection is as strong as the theme of death. No, this is not a poem of despair; but the hope is there even if it is tentative and elusive.

And so at last we begin. The poem opens with one of my favorite lines in any poem:

April is the cruelest month, breeding
Lilacs out of the dead land, mixing
Memory and desire, stirring
Dull roots with spring rain.

In that first sentence there is a lot to unpack. First, is the reference to Chaucer’s Canterbury Tales, which begins:

Whan that Aprill, with his shoures soote
The droghte of March hath perced to the roote
And bathed every veyne in swich licour,
Of which vertu engendred is the flour;
5 Whan Zephirus eek with his sweete breeth
Inspired hath in every holt and heeth
The tendre croppes, and the yonge sonne
Hath in the Ram his halfe cours yronne,
And smale foweles maken melodye,
10 That slepen al the nyght with open eye-
(So priketh hem Nature in hir corages);
Thanne longen folk to goon on pilgrimages
And palmeres for to seken straunge strondes
To ferne halwes, kowthe in sondry londes;
15 And specially from every shires ende
Of Engelond, to Caunterbury they wende,
The hooly blisful martir for to seke
That hem hath holpen, whan that they were seeke.

Ok, ok. I just had to stick it in in the Middle English because I took a class in Medieval Poetry in college and we had to read selections of The Canterbury Tales and all of Troilus and Criseyde in the original and so that’s how it always sounds in my own memory. But I’ll be nice and give it to you in a contemporary English translation:

When April with his showers sweet with fruit
The drought of March has pierced unto the root
And bathed each vein with liquor that has power
To generate therein and sire the flower;
When Zephyr also has, with his sweet breath,
Quickened again, in every holt and heath,
The tender shoots and buds, and the young sun
Into the Ram one half his course has run,
And many little birds make melody
That sleep through all the night with open eye
(So Nature pricks them on to ramp and rage)-
Then do folk long to go on pilgrimage,
And palmers to go seeking out strange strands,
To distant shrines well known in sundry lands.
And specially from every shire’s end
Of England they to Canterbury wend,
The holy blessed martyr there to seek
Who helped them when they lay so ill and weak.

In Chaucer April pierces March’s drought with sweet showers. Eliot seizes on that verb “pierce” and in his poem April is cruel not sweet. Eliot’s narrator is a sort of negative image of Chaucer’s—where Chuaucer rejoices in Spring’s abundant life which culminates in a longing for pilgrimage and renewal, Eliot’s narrator focuses on death and longs for winter’s sleep. He doesn’t want memory and desire to be aroused. He fears change and clings to his small comfortable life.

The confluence of lilacs and death calls to mind Walt Whitman’s elegy for Abraham Lincoln, When Lilacs Last in the Door-yard Bloom’d, another poem that sings about the return of spring and of a journey. In Whitman’s poem the journey is that of Lincoln’s corpse:

Carrying a corpse to where it shall rest in the grave,
Night and day journeys a coffin.

Coffin that passes through lanes and streets,
Through day and night, with the great cloud darkening the land,

Why does Eliot choose this poem to allude to? I think very likely it is that image of the coffin and the journey of the corpse. But also other thematic parallels come to mind. Memory is a theme in Whitman’s poem, the way the lilacs’ yearly blooming stirs up the memory of Lincoln’s funeral in the previous April. There are more allusions to Whitman’s elegy to come—a major figure in Whitman’s poem is the thrush, which will appear in The Waste Land as well.

So much for the first sentence. As you can see it is packed. But put aside the allusions to Chaucer and Whitman for a minute and enjoy the music of the lines as well. It can be tempting to get so caught up in the treasure hunt of tracking down Eliot’s allusions that I forget to appreciate the lyrical quality of the words themselves.

I love the enjambment. The emphasis is on the verbs: breeding, mixing, stirring.

I think that’s enough to chew on for now. Tell me what you think as you read these opening lines.