Bella can’t remember the word dome. So she called it a “hill ladder.” I like that name. 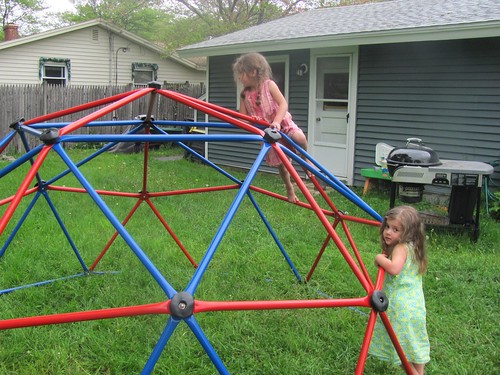 I wasn’t going to write anything. Just let the pictures stand on their own. But I do have a story to tell that the photos don’t tell. 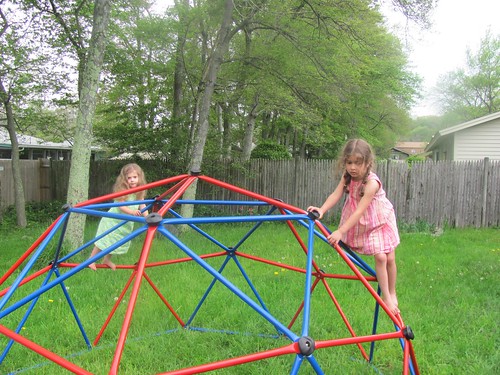 Theresa put it together and didn’t finish until after sundown. So immediately after breakfast the next morning the girls wanted to go out to play on it. 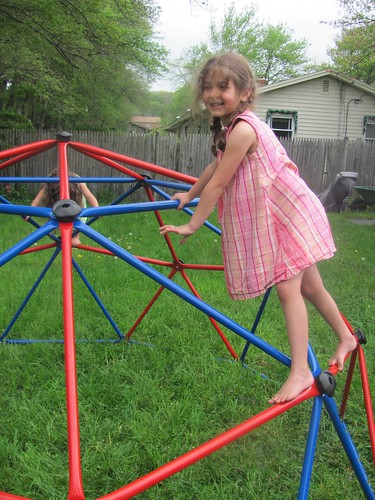 I was nursing Anthony so wasn’t able to supervise. Dom went to the door but wasn’t dressed and after giving them a few pointers went about his business. The girls gave up after not very long and came in to tel me they didn’t know how to climb it. I was a bit surprised because it didn’t seem too hard to me and they’re both pretty adventuresome. 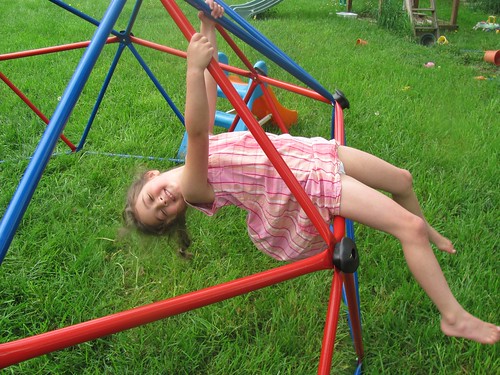 Later when Anthony was done I went out with them to see how I could help. I tried to give instruction: Put your feet here. Put your hands here. 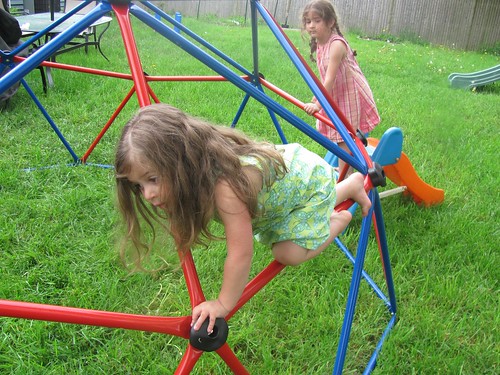 Both girls actually could climb up onto the lowest bars. They just couldn’t figure out how to get any higher. 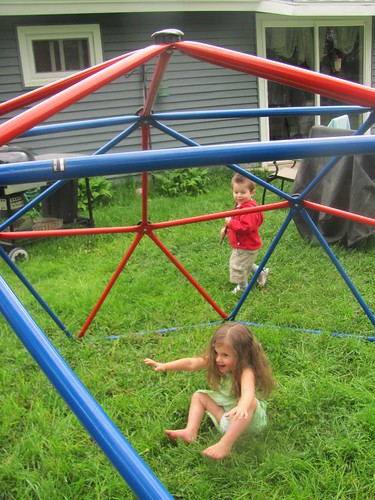 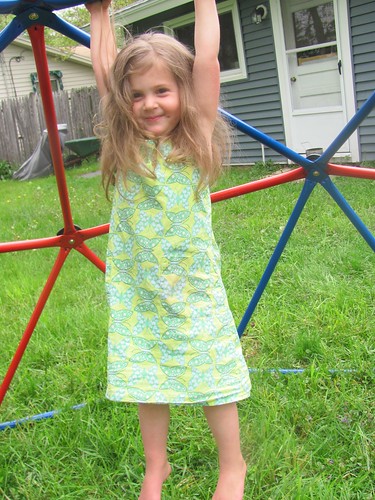 This surprised me because she used to be so adventuresome. She used to scare me when she was a toddler with her fearless climbing. 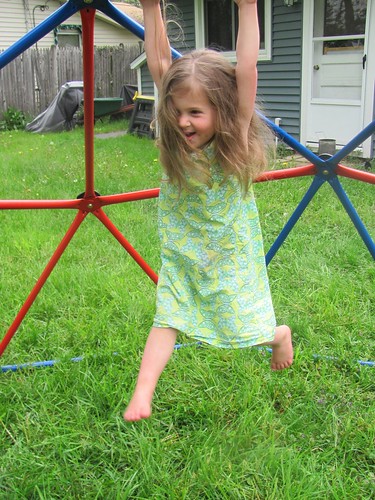 So I had her walk around the perimeter at the level she was comfortable with. And I told her she would get more comfortable and wouldn’t be afraid when she got more used to it. 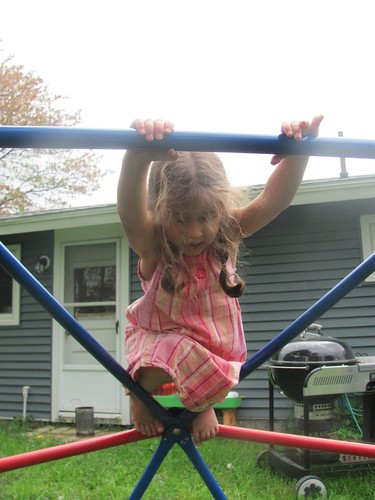 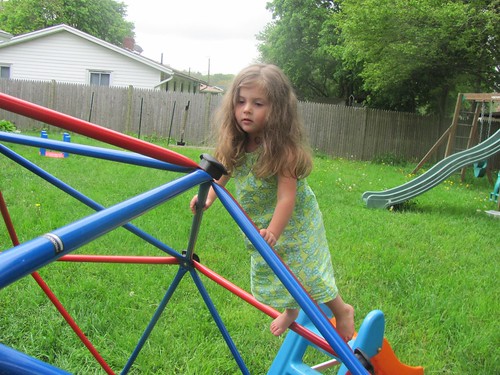 Sophie on the other hand was willing to swing down and drop several feet to the ground. Fearless. 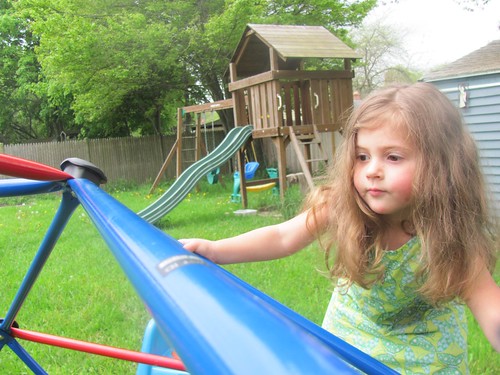 After coaching Bella for a while she was still feeling afraid and wanted me to guide her every move and Sophie was starting to echo both her language and her behavior, saying she was afraid and wanting me to help her. 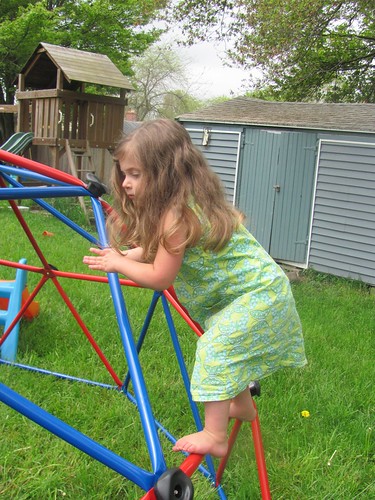 I decided to go back in to let Bella work through climbing around on it on her own and find her own ways of moving about. 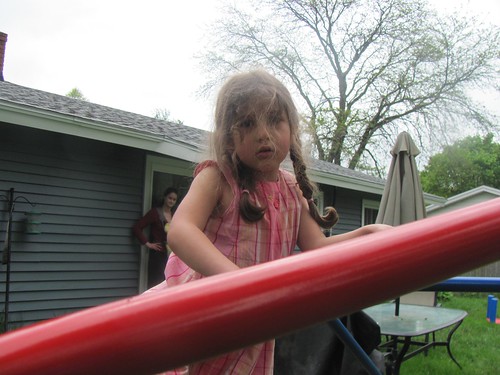 After not too long she gave up and decided to collect caterpillars instead. That’s her new favorite hobby. And the bug collecting kit we got her for her birthday just makes it more fun because she can look at them through the magnifier. 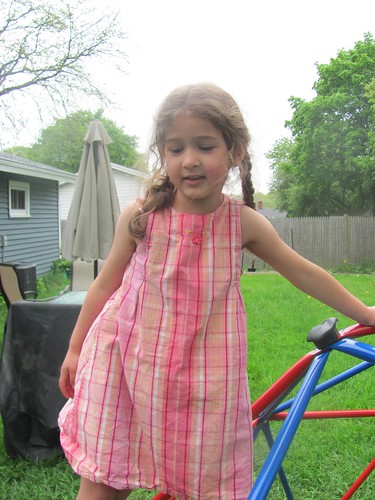 But later after naps we were all back outside and I looked up to see Bella at the very top of the dome. She’d conquered her fear and navigated her own method of climbing. 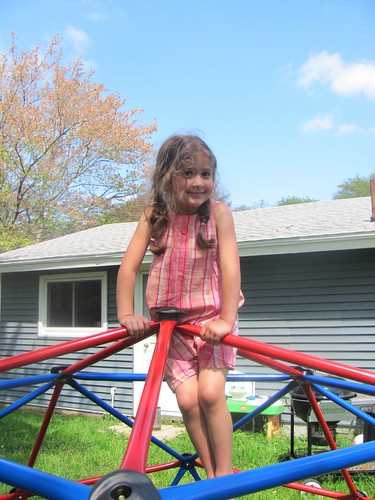 I knew she’d do it eventually but was surprised that she’d persisted and pushed through to succeed. I’m so proud of my little girl.