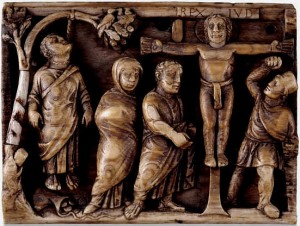 The answer lies not in God’s will but in the world in which we live and try to follow his will. Christ’s life and suffering were redemptive; his ‘apostolate’ in the scheme of salvation was to restore the original order and harmony in all creation that had been destroyed by sin. His perfect obedience to the Father’s will redeemed man’s first and continuing disobedience to that will. ‘All creation,’ said Saint Paul, ‘groans and labors up till now,’ awaiting Christ’s redemptive efforts to restore the proper relationship between God and his creation.

— He Leadeth Me by Walter Ciszek, SJ