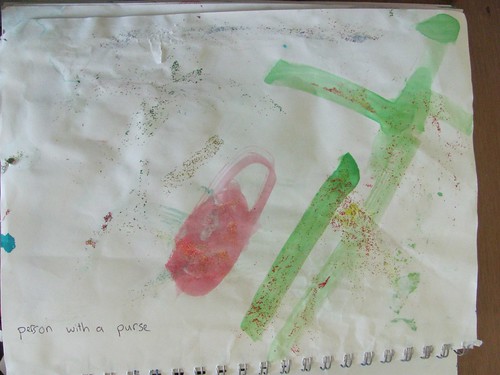 Person with a Purse

A sort of quick takes with observations about some of Bella’s current interests. Illustrated by some of her recent paintings. 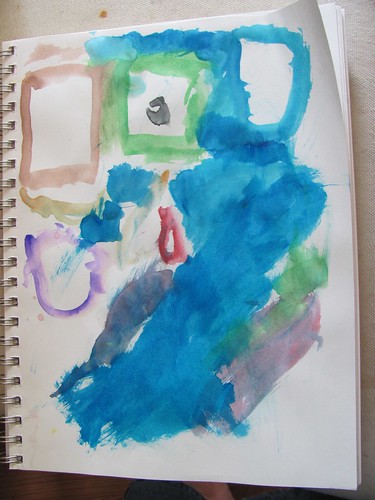 Daddy’s hotel in Madrid.
That black shape in the green square is Daddy in his window.

1. Bella and I finished reading Little House in the Big Woods last week. We read it at the rate of one or two chapters a day. She loved it. Part of her even wants to just turn back to the beginning and read it all over again. Though she also wants to find another book to tackle. She loves having a book that is just for her and me. That Sophie isn’t interested in it at all only sweetens the deal.

I noticed that she is very much paying attention to the story and has several times asked me to explain some detail or other after we’ve finished the chapter. Today she wanted to know why Pa had stacked leaves and rocks against the house. She wanted to understand how it insulated the house. I’m not sure my explanation was the best ever; but I was just thrilled that she was asking questions.

Now we’ve started in on A Bear Called Paddington. A great favorite so far because it mentions Lima, Peru. Lima features prominently in the girls’ play because St Rose of Lima is my patron saint. 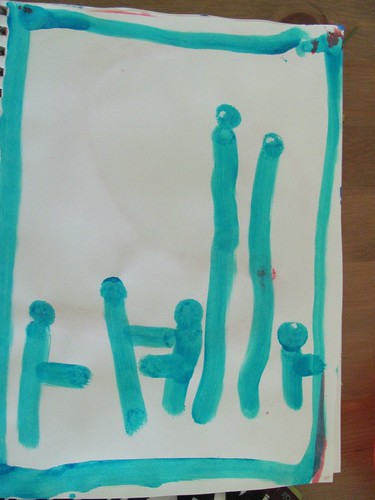 Family.
I’m the tallest figure. Dom is the next tallest. I’m not sure the children are differentiated.

2. My mom has also been reading the girls Alice in Wonderland on the iPad. At first she read an abridged version; but after they finished that she wanted to read the long version. So they have been listening to that at great length. 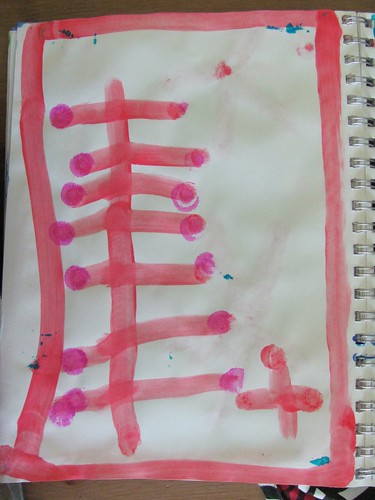 3. Bella also wanted Mom to read a bird field guide book to her the other night. Not just to point at the pictures and tell her what they were but to read all the descriptions of all the birds. The full text. Mom couldn’t believe that she was interested in it but gamely complied. I explained later that this isn’t the first time Bella has listened at length to a book that contains information she’s interested in. 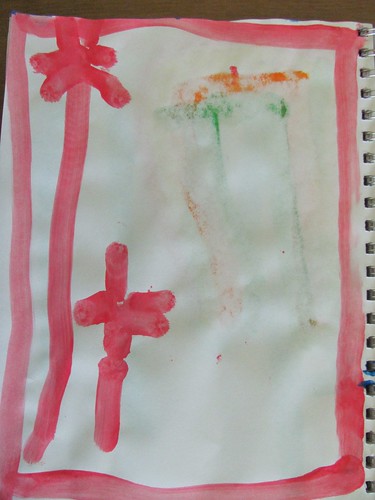 4. The other day we spent some time playing around with the tape measure. I’m not sure if it was something from the Little House book, but Bella came and asked me what twenty inches was. So I pulled out the tape measure and showed her. And then showed her how to measure various things like the coffee table and the chair. And then we talked about various reasons why one might want to measure various things: one’s waist to buy clothing, the window to buy curtains, the doorway to buy a new door, the cubby to buy a new bin, etc. 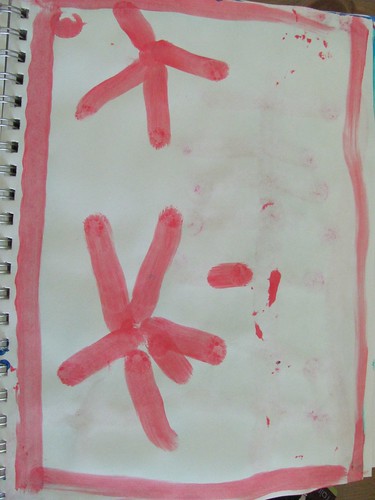 5. Bella has also become very interested in learning how to read the clock in her room. Every night when it’s time to go to bed she wants to run in and look a the clock to see it. So she’s pretty much got the hour hand down and is now trying to understand the minute hand. I keep explaining it to her and I think she’ll get it eventually with some repetition and some close work. I’m thinking we should get out the Grouchy Ladybug book as well as taking the clock off the wall to play with it. 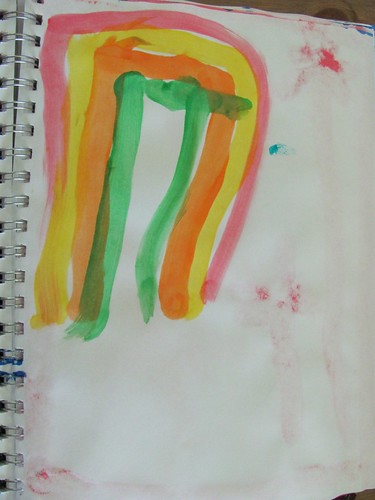 6. This afternoon I watched Bella and Sophie rubbing sand on a big piece of wood they’d found in the yard. When I asked what they were doing, they explained they were rubbing salt on a pig. It was a wild pig. They lived in the woods. They were going to put the pig in the oven and roast it.

I think this was part Little House and part watching Dom and I cook roast meat with a spice rub. I took some photos and hope to post them tomorrow. 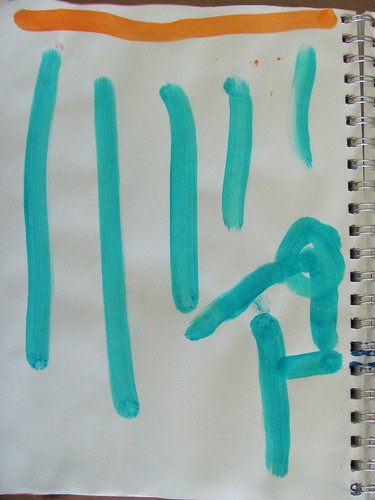 7. A few observations about the pictures. She’s only got interested in drawing figures in the past six months. I think these may be her first attempts to depict people she knows.

I love the way she gives so many of her paintings frames. 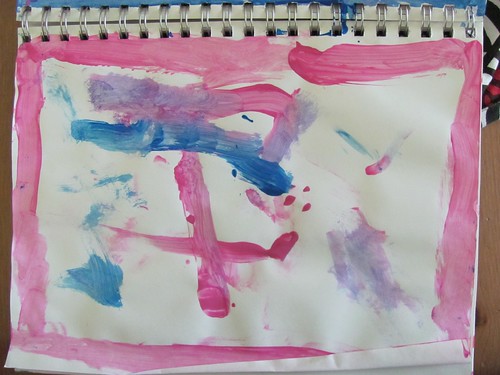 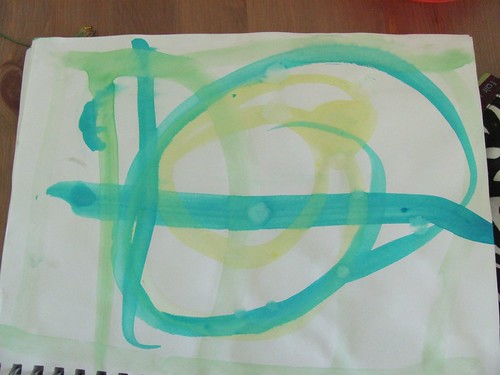 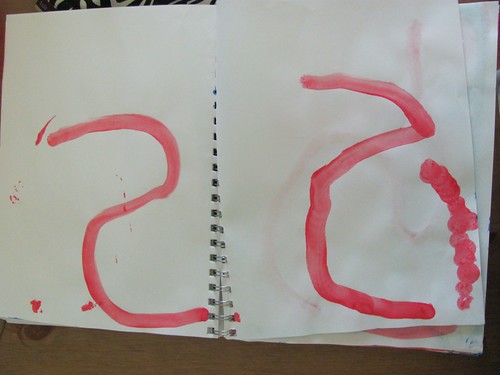 Apropos to all of thi seems this blog post I stumbled across the other day: The Truth about Preschool. The truth is we haven’t had much structure to our preschool and yet I’m amazed at what Bella knows and how eagerly she learns. Above all I want to encourage that spirit of inquiry and never quash it.