Sophie Learns to Climb and Slide

This morning, motivated by laziness and an aching back, I taught Sophie how to climb up the ladder and slide down the slide on her own. She’s been sliding down it previously, but always Dom or I have sat her at the top first.

It only took about two minutes to teach her to climb the ladder. I stood her at the bottom and put a hand under her rear and gave her a little hoist and she began to climb on her own. When she got to the top I began to reach for her legs to help her move them to the front but before I could coach her, she’d done it one her own and was on her way down the slide. Two times more I guided her through it a bit and then she was a pro and doing it on her own with no help.

She went down at least 2 dozen times in a row, just sliding down and running right back for more, only impeded by Bella’s wanting to take a few turns. 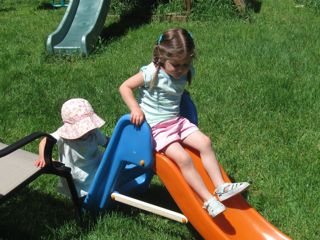 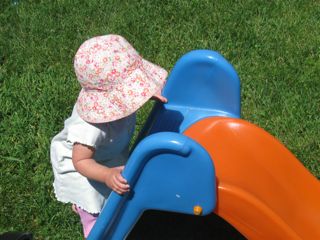 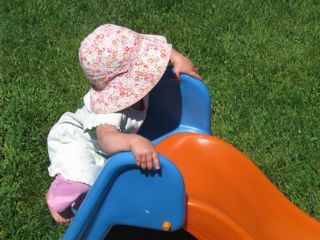 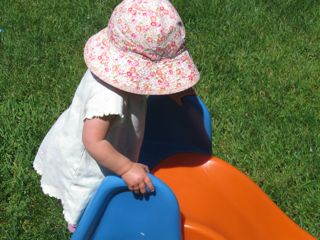 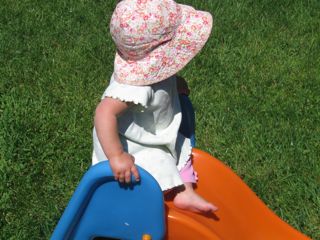 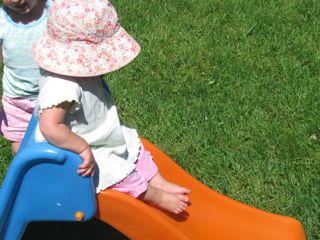 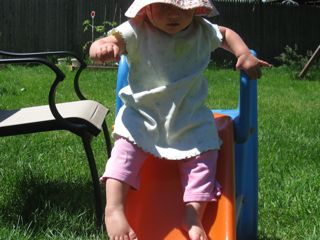 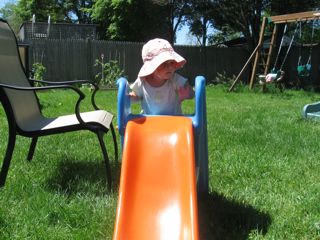 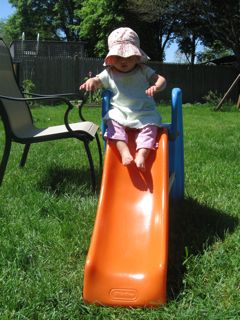 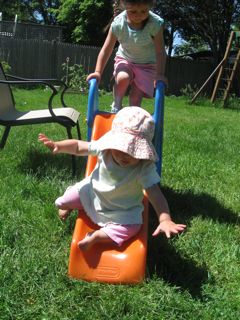 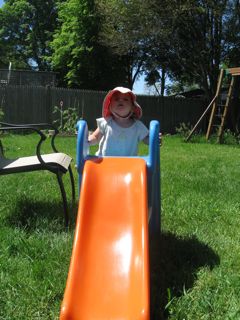 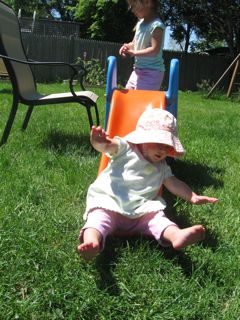