The Inadequacy of Words 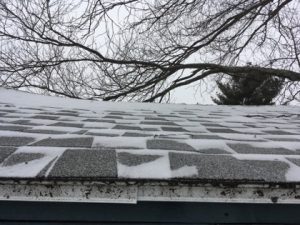 Reading notes on a section of God in Search of Man: A Philosophy of Judaism by Abraham Joshua Heschel, the section titled: “The Disparity of Experience and Expression”. I’m having fun reading Heschel alongside one of my favorite poem sequences ever, T.S. Eliot’s Four Quartets. All unattributed quotes are from the Heschel.

“. . . assertions that intend to convey the essence of reality or the aspect of mystery and grandeur are always understatements: inadequacy is their distinct feature. Thus we have no adequate words or symbols to describe God or the mystery of existence.”

I loved this phrase especially: “Inadequacy is their distinct feature.” It echoes one of my favorite themes in Eliot’s Four Quartets, a funny paradox, a poem about the impossibility of saying exactly what you mean, a bunch of words about the insufficiency of words. But the Quartets are precisely about Eliot the poet grappling with mystery and with God. And so this idea of the inadequacy of language is at the forefront of his consciousness.

Words strain,
Crack and sometimes break, under the burden,
Under the tension, slip, slide, perish,
Decay with imprecision, will not stay in place,
Will not stay still.

And so each venture
Is a new beginning, a raid on the inarticulate
With shabby equipment always deteriorating
In the general mess of imprecision of feeling,
Undisciplined squads of emotion.
And what there is to conquer
By strength and submission, has already been discovered
Once or twice, or several times, by men whom one cannot hope
To emulate—but there is no competition—
There is only the fight to recover what has been lost
And found and lost again and again: and now, under conditions
That seem unpropitious. But perhaps neither gain nor loss.
For us, there is only the trying. The rest is not our business.
— “East Coker”

“There is a profound disparity between man and reality, between experience and expression, between awareness and conception, between mind and mystery. Thus the disparity of faith and creed is a major problem of the philosophy of religion.”

“There is a profound disparity between man and reality,” Heschel says. I think Eliot is getting at much the same thing when he says:

It’s one of my favorite quotes from Eliot. This idea that echoes Plato’s myth of the cave: we cannot bear to look on ultimate reality. We cannot bear to look on mystery. When Moses came down from the mountain after speaking with God, he had to veil his face because the Israelites could no bear to look upon it. Not only can we not look on the face of God and live, we cannot even look upon the face of one who has had converse with God. It is too much reality.

But I’m also struck by the formulation, “the disparity of faith and creed.”

I’m struggling with that a bit. It’s new and different. Does he mean the difference between that which we believe, the reality that faith apprehends, and that which we profess to believe, the creed that is our attempt to convey what it is we believe in inadequate words?

The idea that the Creed (and yes I know the Jewish philosopher Heschel doesn’t mean specifically the Christian Creed, but neither do his words exclude it either) is insufficient is surprising. It’s the very best that we can do, the highest expression of our faith. And yet, of course, it must be inadequate. It’s a summary of what we can grasp, the bare bones of what we believe. It is exalted and yet it is in the end mere words.

“Why should one be “still perpetually”? Why is silence preferable? The reason, we believe, lies in Maimonides’ experience of the inadequacy of all our categories. . . . Words are altogether one of the main causes of error, because whatever language we employ, we find the restrictions it imposes on our expression extremely disturbing. We cannot even picture this concept by using inaccurate language. And all language is inaccurate.”

Words move, music moves
Only in time; but that which is only living
Can only die. Words, after speech, reach
Into the silence.

But also today I happened to stumble upon a quote from St Isaac of Syria:

Many are avidly seeking but they alone find who remain in continual silence. Every man who delights in a multitude of words, even though he says admirable things, is empty within.

If you love truth be a lover of silence. Silence like the sunlight will illuminate you in God and deliver you from the phantoms of ignorance. Silence will unite you with God Himself. More than all things love silence, it brings you a fruit that tongue cannot describe.

In the beginning we have to force ourselves to be silent and then there is born something which draws us to silence. May God give you an experience of this something which is born of silence.

If only you will practice this, untold light will dawn upon you as a consequence. After a while a certain sweetness is born in the heart of this exercise and the body is drawn almost by force to remain in silence.

“Since it is a well-known fact that even that knowledge of God that is accessible to man cannot be attained except by the way of negations, and that negations do not convey a true idea of the Being to which they refer, all men . . . declared that God cannot be the object of human comprehension, that none but Himself comprehends what He is, and that our knowledge consists in knowing that we are unable truly to comprehend Him.”

“Knowledge of God cannot be attained except by the way of negations.” This reminds me of St John of the Cross: “Nada, nada, nada.”

I said to my soul, be still, and wait without hope
For hope would be hope for the wrong thing; wait without love,
For love would be love of the wrong thing; there is yet faith
But the faith and the love and the hope are all in the waiting.
Wait without thought, for you are not ready for thought:
So the darkness shall be the light, and the stillness the dancing.

“Silence is preferable to speech. Words are not indispensible to cognition. They are only necessary when we wish to communicate our ideas to others or to prove to them that we have attained cognition.”

“Words are not indispensible to cognition.”

When my dad had a stroke a couple of years ago he lost all his language ability. He was awake and aware and able to think, but he had no words. He knew that God was with him, that he was not alone. He had a profound feeling of being loved, held. It seems words get in the way sometimes of our being able to just be.