By Melanie Bettinelli on June 5, 2017 in Home schooling, learning notes 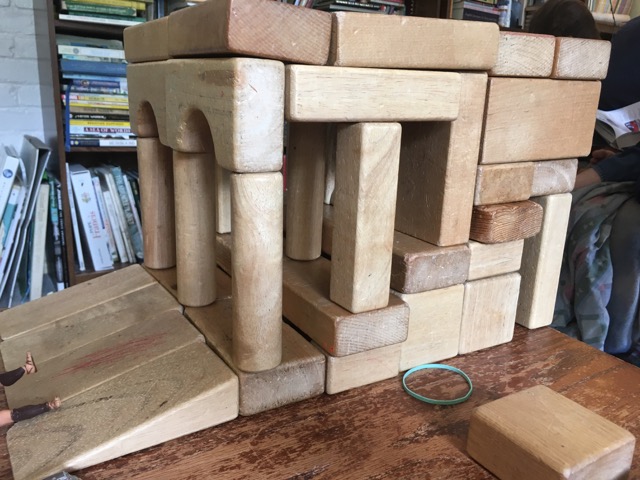 Everyone did math and copywork.

Afternoon stories: All of a Kind Family.

Bedtime story: Drop Around the World (after we read the book, we went and traced the drop’s journey on the map.

I was really tired and fell asleep during afternoon stories. I was fairly out of it during the morning too. I guess the prednisone was taking a lot out of me.

Note: Bella is going crazy over the Oz books. She got a kindle for her birthday and they were all available for free so she’s making her way through the whole series. It’s been hard to get her to do anything else. 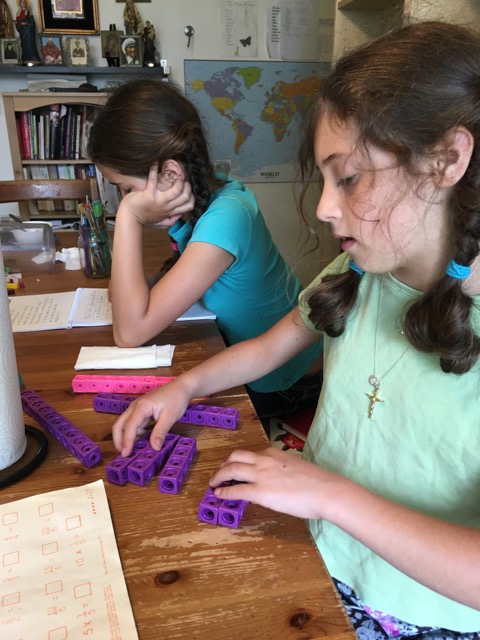 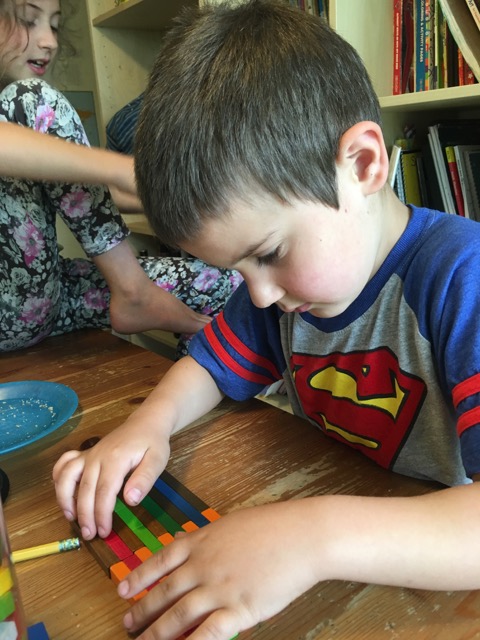 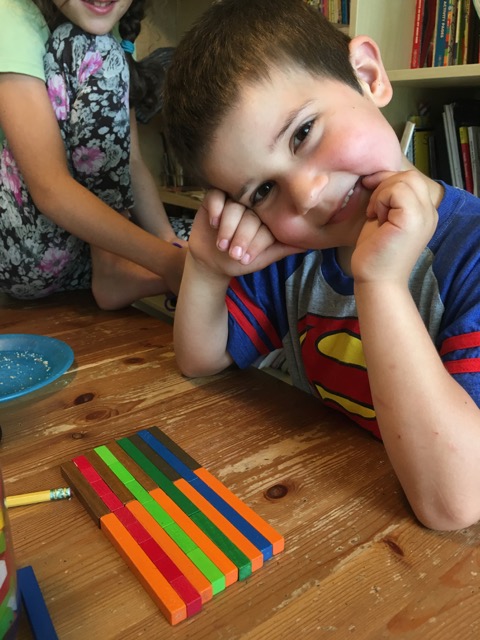 I had my annual physical and then when I came home the furnace guys were here removing the furnace. So we made no attempt to do math or copywork. We took a picnic lunch to the nearby state park and went on a hike. I got separated from Ben, Sophie and Bella for a good fifteen minutes when they went far ahead of me and Anthony and Lucy and we took two different turnings on a trail. They had a bit of a scare but all was well.

Came home and we read All of a Kind Family, Greek Heroes, Famous Men of Greece, St. Andre Bessete. We did some work on narration and Ben is definitely making some progress. He’s now willing to occasionally chime in and tell bits of a story. Bella is really a strong narrator now and Sophie is too. Anthony balks when put on the spot, but his spontaneous narrations when he’s excited about a story are quite detailed and can be very extensive.

Bella read today’s Gospel and the reading from Acts.

Sophie is reading Linnets and Valerians, My Father’s Dragon, St Francis of the Seven Seas.

Bedtime story: If You Give a Pig a Pancake. 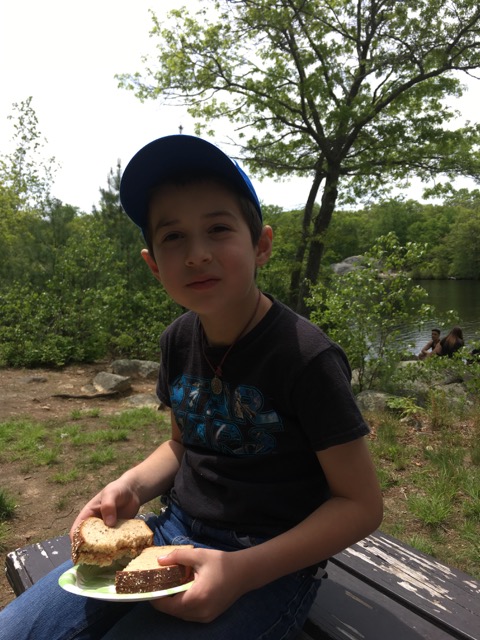 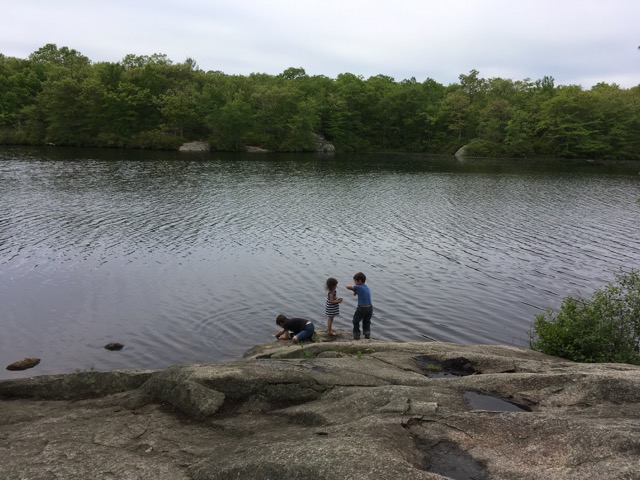 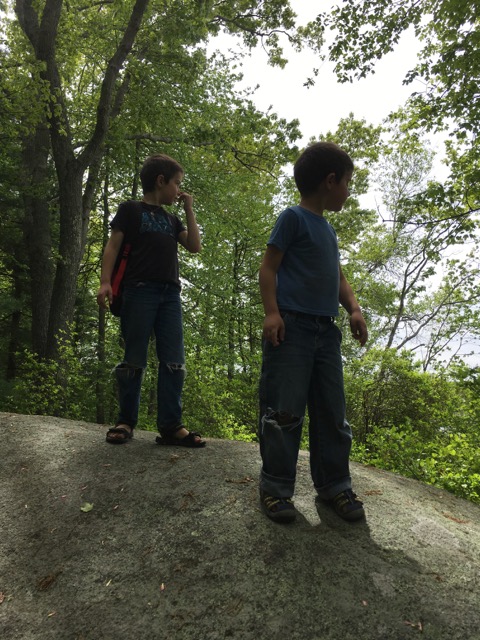 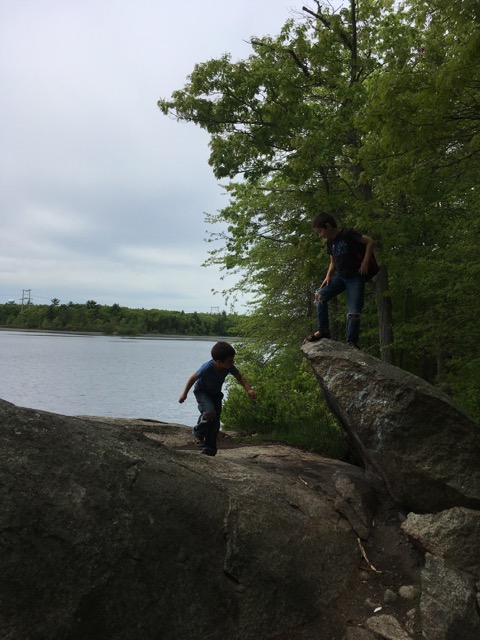 The kids call this Telephone Rock. 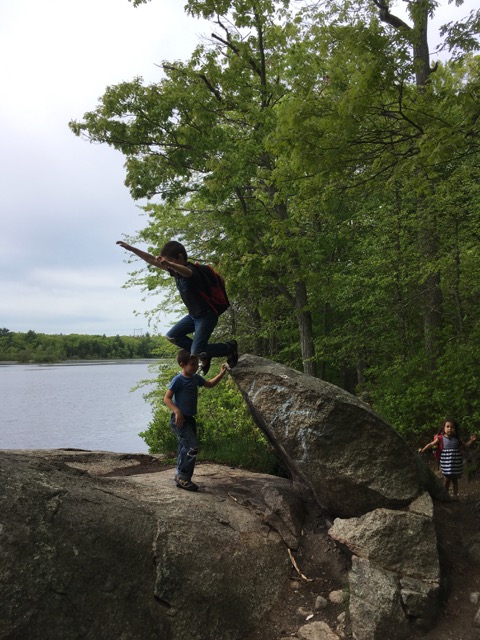 After two days’ disruption even getting back on track with math and copywork seemed like a feat so we left it at that and no one read aloud or did languages and Ben was not up to doing copywork too. I’m feeling jangly from the prednisone I’m on and am figuring up this week as a light week and a needed break and leaving it at that. I think we’re all a little tired. 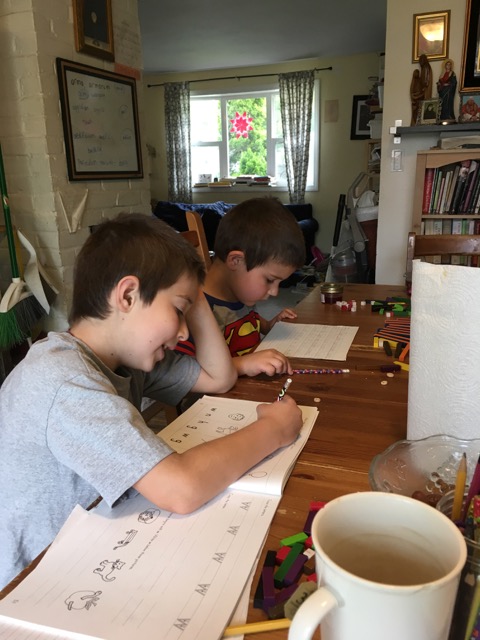 Bella’s physical first thing. Then a grocery run to Whole Foods. Then Mass at noon for the feast of the Ascension.
And the furnace was being replaced so we had workmen take over our kitchen until 4:30.
Usually any one of those things would wear me out. All together was just crazy. 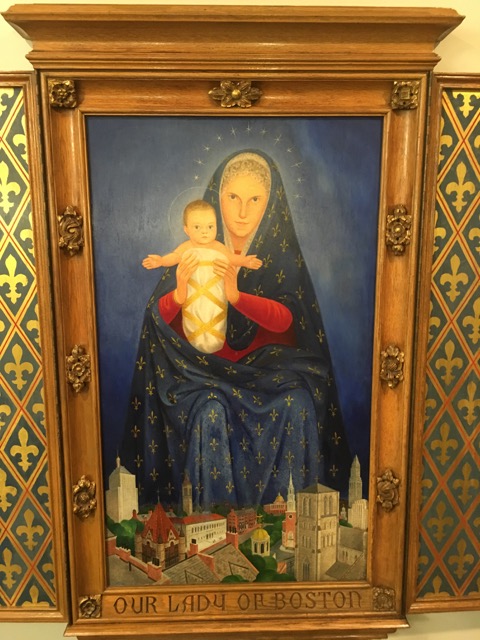 Our Lady of Boston image near the chapel at the Archdiocese of Boston’s pastoral center.

Everyone did math and copywork. Bella did some Latin. Sophie read to me from 50 Famous Stories and Anthony read to me about St Philip Neri. I spent some time doing letter review with Ben.

Afternoon stories: More All of a Kind Family, Greek Heroes, Cyclops, St Andre Bessette (finished). Good narrations on Greek Heroes from Anthony with help from Bella, and discussion on St Andre Bessett from everyone.   I’ve been trying to get Anthony to do more narrating. He’s pretty good at it when he’s in the mood, but he can balk sometimes when he just doesn’t feel like it. But he’s very competitive so I challenged Lucy to narrate the story, being pretty sure that he’d be provoked into showing her up. Amazingly the four year old actually remembered a couple of details about the story of Theseus and shared them, not in any coherent way, but I was impressed that she’d been paying attention at all.

Then Anthony, who was indeed provoked to show that he could do better than Lulu, gave a very detailed narration. He got a bit bogged down in the middle, but with some prompting got all the way through the end. I was very proud of the level of details he included and the scope of his narration.
Then a couple hours later while I was making dinner Lucy proceeded to retell the story, mostly based on her brother’s narration. She spent a good five to ten minutes retelling the story. Amazing to see how the younger ones pick up on those skills so much more readily than the older ones did, having good models to copy. 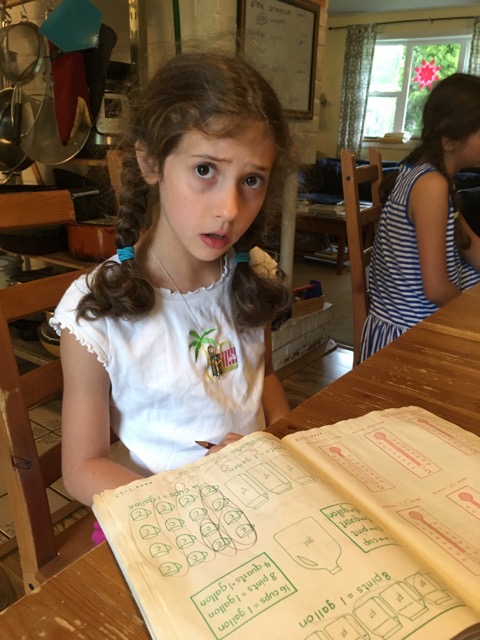 Reading Notes  May 2017
Learning Notes Week of May 29