Learning Notes Week of May 1 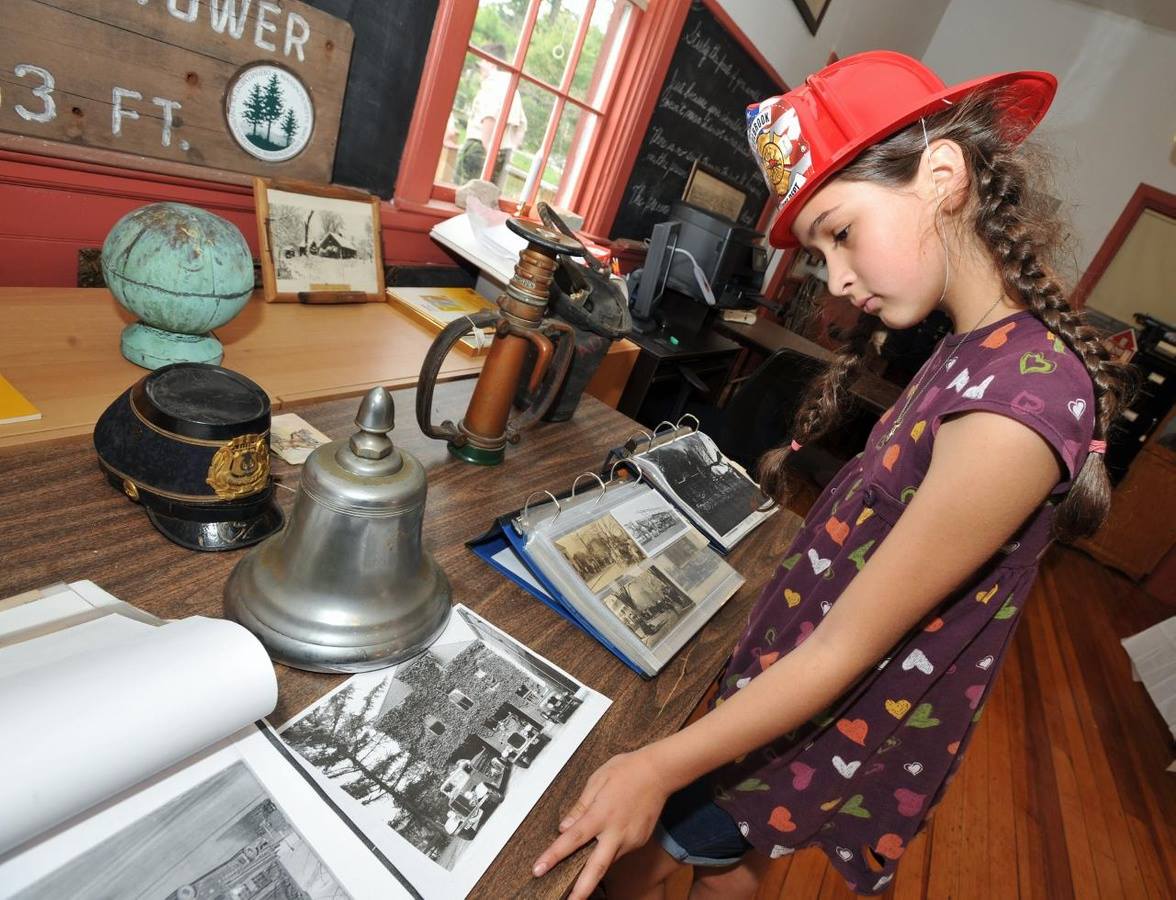 We took the kids to the local historical society’s fire department day. Actually I stayed in the car with Sophie and missed all the fun, though we did get to watch a father and son shooting off a baking soda rocket in their driveway as we waited. Bella got her picture in the local paper and Dom and the other kids also made the slideshow on the paper’s website.

Anthony did math and read to me about St Augustine. No copywork.

Ben did math, copywork, and letter workbook, no reading.

Sophie did math and copywork. No French or reading.

Bella did copywork, math, and Latin— she was flipping around in her copy of The Hobbit, Hobbitus Ille, and finding scenes she could recognize and identify and figuring out what the words meant.

Afternoon stories: Roman Diary, Parthenon. Then we looked at photos in a Greek Archaeology book and then at photos in my photo album from my time in Greece during my semester abroad.

Bedtime stories: The Dragon of Og.

Anthony did math and read to me about St Athanasius and then did copywork.

Ben did math, copywork, and letter workbook, no reading.

Sophie did math and copywork, French, and read me a story about Sir Philip Sidney from Fifty Famous Stories.

Bella did copywork, math. Nothing else, not feeling well.

Bedtime stories: The Dragon of Og.

I did not wake up early today, but when I got up around 8 I was surprised to see a pajama-clad Ben and a fully-dressed Bella sitting at the table doing their school work, Bella helping Ben with his math. Anthony, who was also dressed already, had put bread in the toaster and was just sitting down next to Bella with his math book. Delightfully surprised.

Lately we haven’t been having quick starts to the mornings and breakfast, dressing, and starting work have all been slow and painful processes. And as Bella had a hard time settling last night after reading a scary book, I’d expected this morning was going to be another tough one.
Both boys completed their math with her help and no input from me. After I ate I checked Bella’s math and copywork, which she’d also completed.

Then I did math with Sophie and she did her copywork. Then Bella read me several long poems out of The Harp and Laurel Wreath, an anthology which I do not love, but which is perfectly to her taste, go figure: Lepanto, which she read twice, and Horatio at the Bridge, and one other I can’t remember. She reads a bit too fast at times, but she had a good sense of rhythm in parts of Lepanto. We looked up the story of Horatio and Lars Porsenna and discussed it a bit. We’ve done Lepanto before and she knows that story well.

Bella also worked on dictation and I think she reviewed some Latin on her own.

Then Sophie read me an Emily Dickinson poem, but she declined to do French. She was having a hard day, so I didn’t push it.

I did a Duolingo Irish lesson and Sophie and the boys listened in to the first half and then ran outside to play.

Ben got a big splinter in his foot and spent the rest of the day limping, crying, and refusing to let me try to dig it out. He derailed Bella’s unspoken hopes of getting to the park for a picnic lunch. I let him spend time on the iPad

After lunch I watched a bunch of videos about learning the Hebrew alphabet. Recent conversations online led me to realize that Duolingo now offers a much greater variety of languages and that Irish and Hebrew are among them, but a friend told me that Duolingo doesn’t cover the French alphabet, so I have to learn that first. There were quite a few variations on the alphabet song and then a bunch of Israeli Sesame Street episodes in which Cookie Monster and Elmo teach the letters of the alphabet. Curious how many different fonts there were and how hard it was to see continuity between letter shapes from font to font and to remember the letters. Finally I found the videos I’m most likely to stick with. They focus on a few letters at a time and the teacher shows you how to write them, both the script and formal book-print versions. She also teaches simple words so that by the end of the first episode I could write not only aleph and beit but also write the word “abba.” The choice of that word sealed the deal. How could I not love a video that teaches me the word that Jesus taught his disciples to use for the Father in heaven?

The kids clustered round and chanted with me, though no one joined me in trying to write the letters.

Ben was curious about wasps. Anthony saw a woodlouse. Everyone is enjoying the sunny spring days and the flowers and leaves.

I love that Sophie’s reference for “fetters” is the Psalm. But I love Ben’s Star Wars pun just as much.

Afternoon stories: The book whose name is so boring I can’t remember it but which is a really cool book that traces the journey of a coin from Rome to Britain and back again. All of a Kind Family, St Andre Bessett, Blood and Guts.

After dinner Bella read The Cremation of Sam McGee.

Afternoon stories: Roman empire book, All of a Kind Family, Story of the World, Andre Bessett, Catholic Tales for Boys and Girls. Adele and Simon for Lucy.

Duolingo Irish for me with Sophie and Anthony looking on.

We found a robin’s nest in the tree beside our front door. Four beautiful eggs in it. Dom had noticed that every time he opened the door a bird flew out of the tree. So we thought to look for a nest and found one right at eye level. I couldn’t see into the nest, But I held my phone up over the nest and snapped a photo and got an amazing picture of the eggs.