By Melanie Bettinelli on March 16, 2015 in Home schooling, learning notes 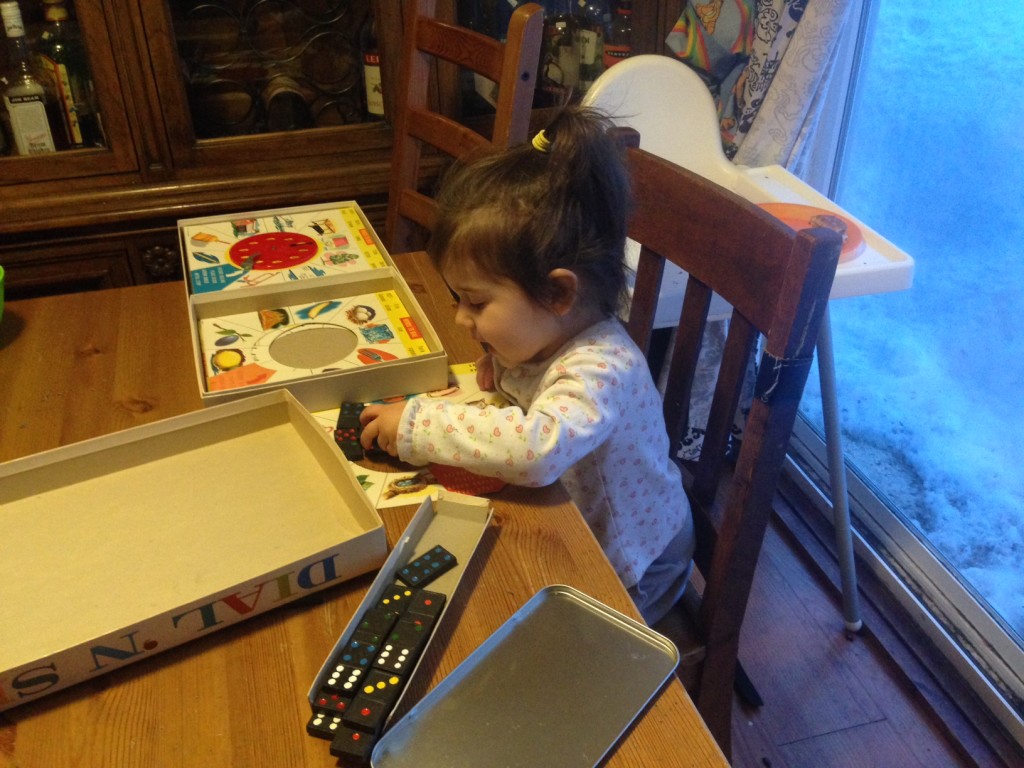 Lucy plays with dominoes, she was yelling the words to the Glory Be as she played

Well, we got more snow on Sunday, so Boston has officially had a record year. Most snowfall ever recorded. And most of that was in a thirty day period. It’s been crazy. We’ve had a lot of melting, and I managed to get most of the front walkway and the driveway cleared finally, but it’s still between two to five feet deep in the yard.

But spring will be here very soon, this Friday in fact, and oh we are happy to have hints of it’s arrival.

Sorry for the late posting of the linkup. I have no explanation except this weekend I holed up and read books instead of doing anything productive. It was that kind of weekend.