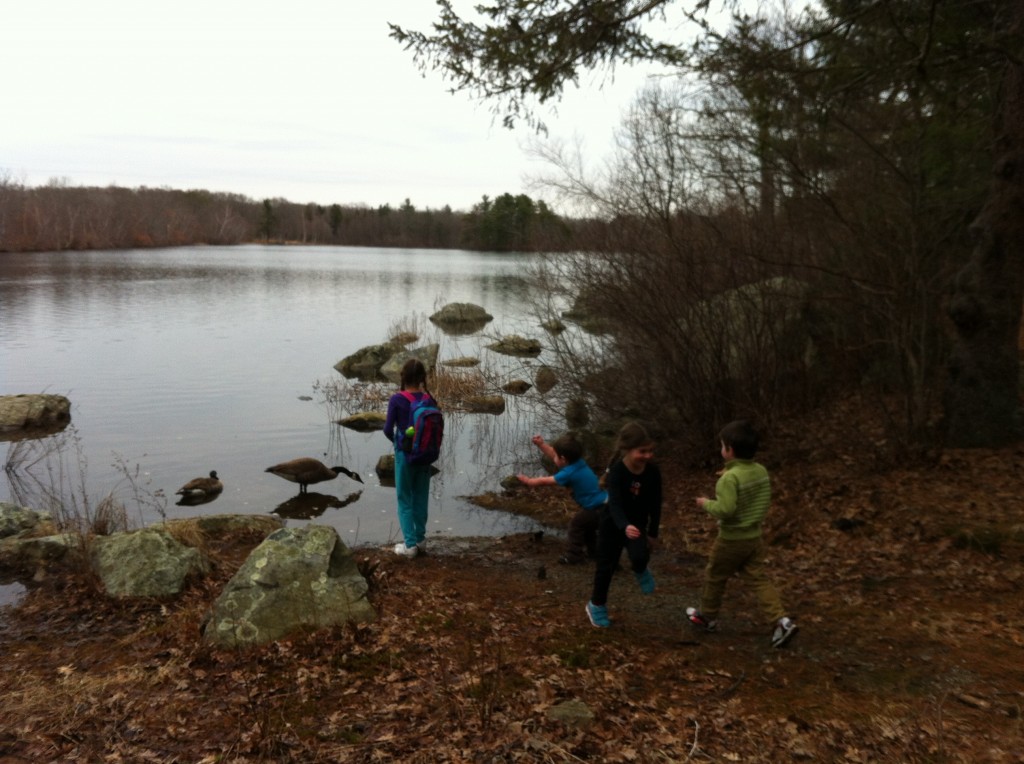 This morning Lucia had her fifteen month checkup and after that we decided to take a picnic lunch to the park. The kids didn’t even get out of the car when we got home. I ran in and made sandwiches and threw some fruit and water into a bag. 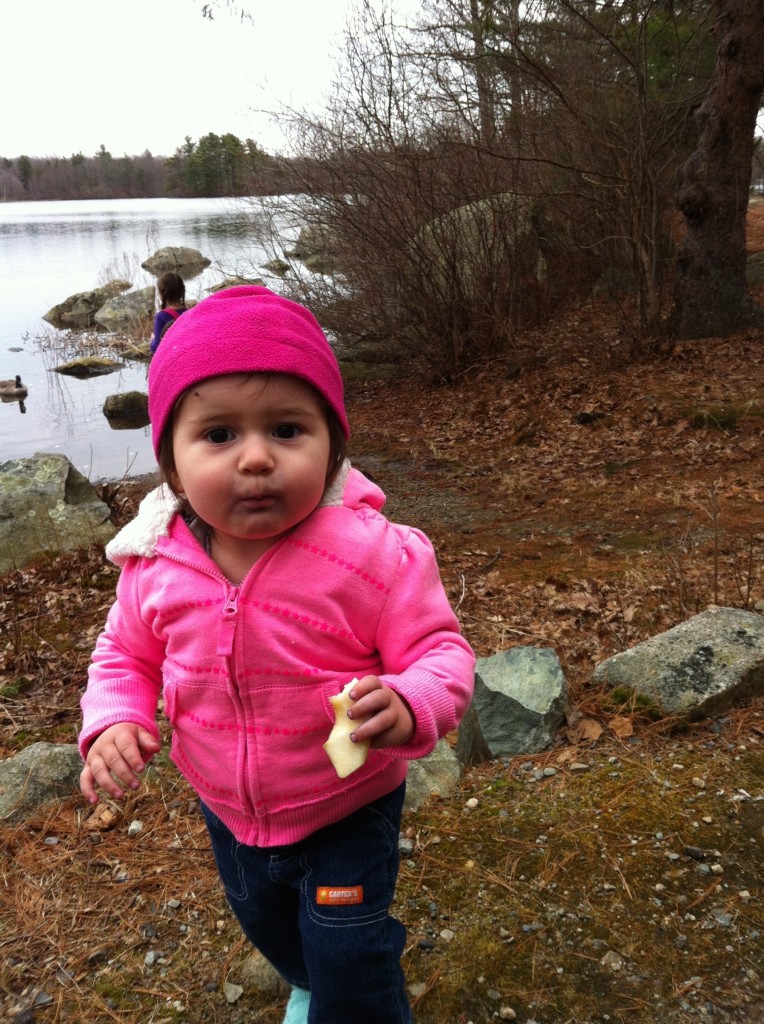 The girls did copywork at breakfast and that was our token schoolwork for the day. Oh and I made Bella do some mental arithmetic in the car on the way to the park. 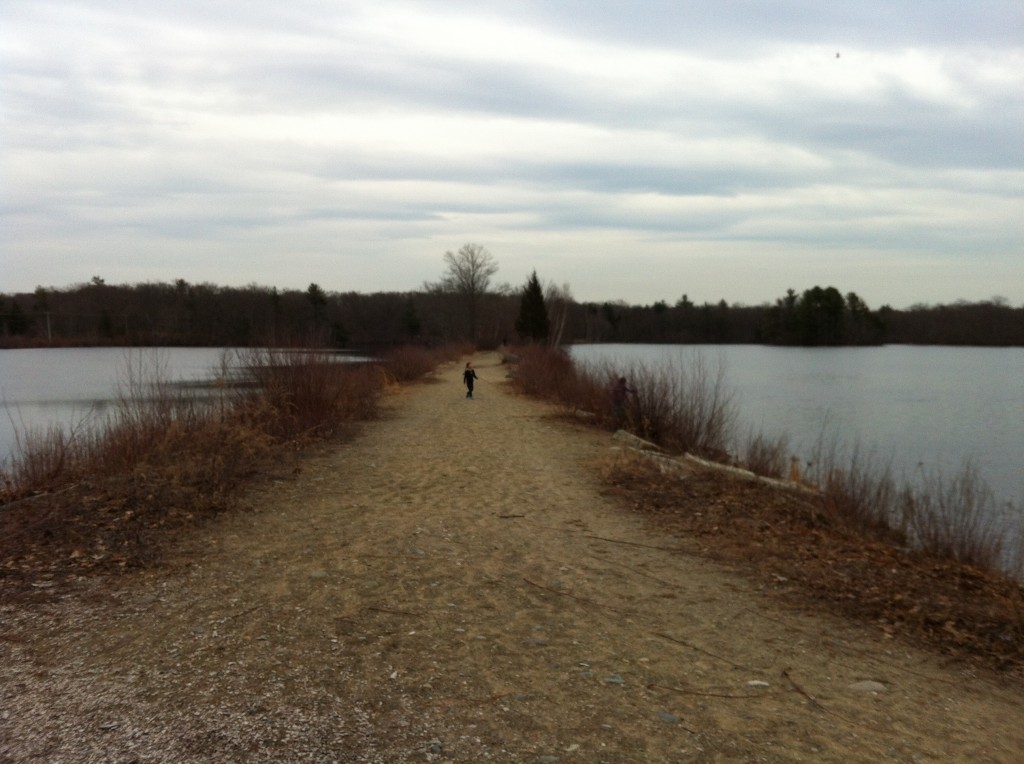 We debated about going to the playground or the park with the water and ducks and geese. The wildfowl and water won out, except for poor Ben who was the minority vote. I told him next time we’d go the the playground. 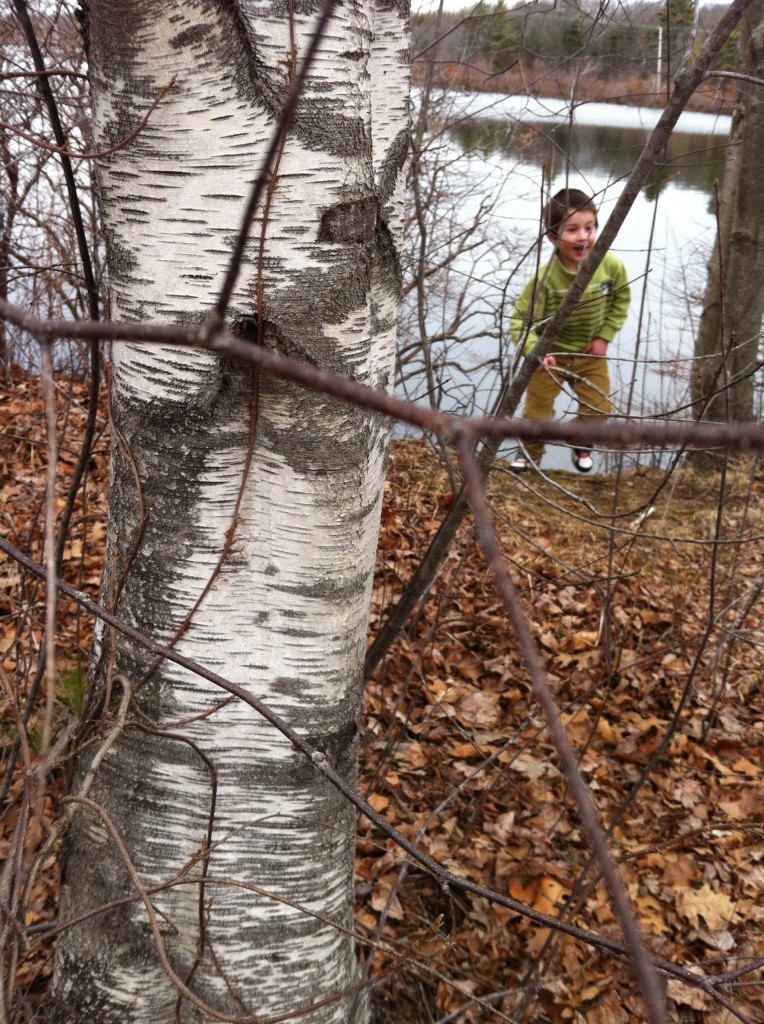 Well we had a lovely time. I even remembered to grab some old buns from the freezer for the geese and ducks. Lucy tried to run towards the water but did a fair job of listening to me when I admonished her. Anthony kept trying to yell at her in his dictatorial three-year-old way. His “No, Lucy!” is the constant refrain of our days. We looked at moss and pine cones and acorns and tree branches and admired the fowl and talked about what preening is. But mostly they threw sticks and stones into the pond. And ran and climbed and pretended to catch fish with branches. Sophie caught 28, she told me. And then pretended to cook them over a fire. Bella said she was catching pavenders. (Bonus points if you get the literary reference!) And then she announced that she wanted to learn more about fish and can we get a book next time we go to the library. 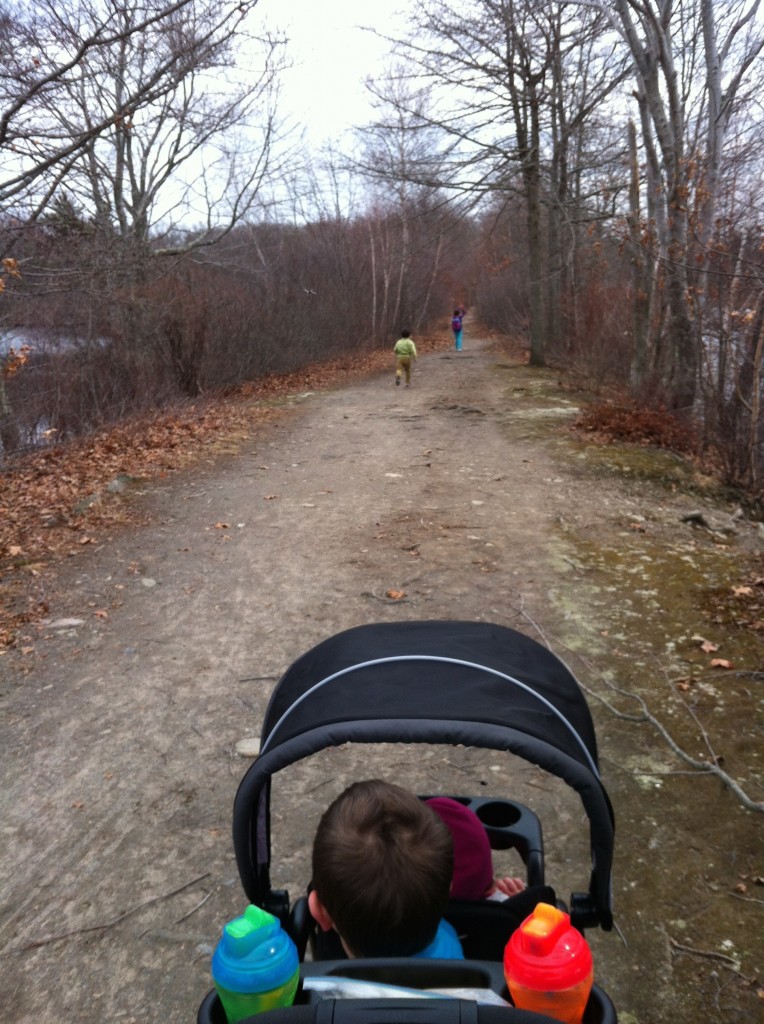 And we ate our picnic sitting on the bench. Actually, only I sat on the bench. Everyone else grabbed a sandwich and wandered about. That’s the way it’s supposed to be, right? We walked across the pond on the causeway– Anthony yelling the whole time because Sophie had run so far ahead of us– and then went back again. 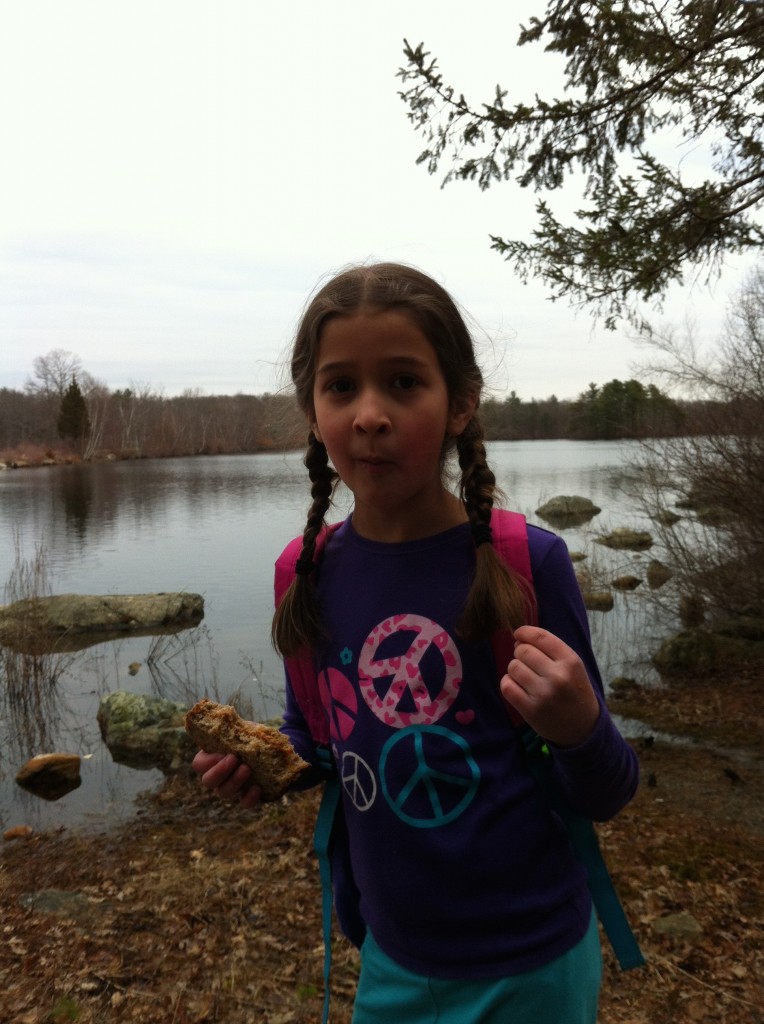 Ben fell asleep in the car on the way home. No one else did. When we got home we read a Pooh story. Anthony is sorely deficient in his Pooh lore and this must be rectified. He kept asking me, “Is Pooh mean? Is Christopher Robin mean? Is Pooh mean?” I told him no one in the story was mean. Though I do think that Rabbit is rather mean when it comes to his plan to get rid of Kanga and to lose Tigger. Rabbit is a big, bossy, xenophobic meany, come to think of it. But we haven’t got there yet. Right now it’s just Pooh and Christopher Robin and some bees. Who might be suspicious or might be the wrong sort of bees. (And I’m still annoyed at the balloon that Christopher Robin blows up that has the magical power of lifting a tubby bear to the top of a tree. And I really like the stories better when we get away from the narrative intrusions with exchanges between the author and Christopher Robin. Stop jawing precociously and just tell the story!)

Then they needed a snack: yogrit with honey for Ben, frozen blueberries for Anthony, and frozen mango chunks for Sophie and Bella and Lucy. And when snacks were done the sun had finally come out and so of course out they all tumbled into the yard. We looked for signs of spring and found daffodils and tulips poking little green shoots out among the dead leaves. Not much else, though. Bella and I made a bouquet of the dead oregano flowers still on last year’s stalks. At least it was fragrant. 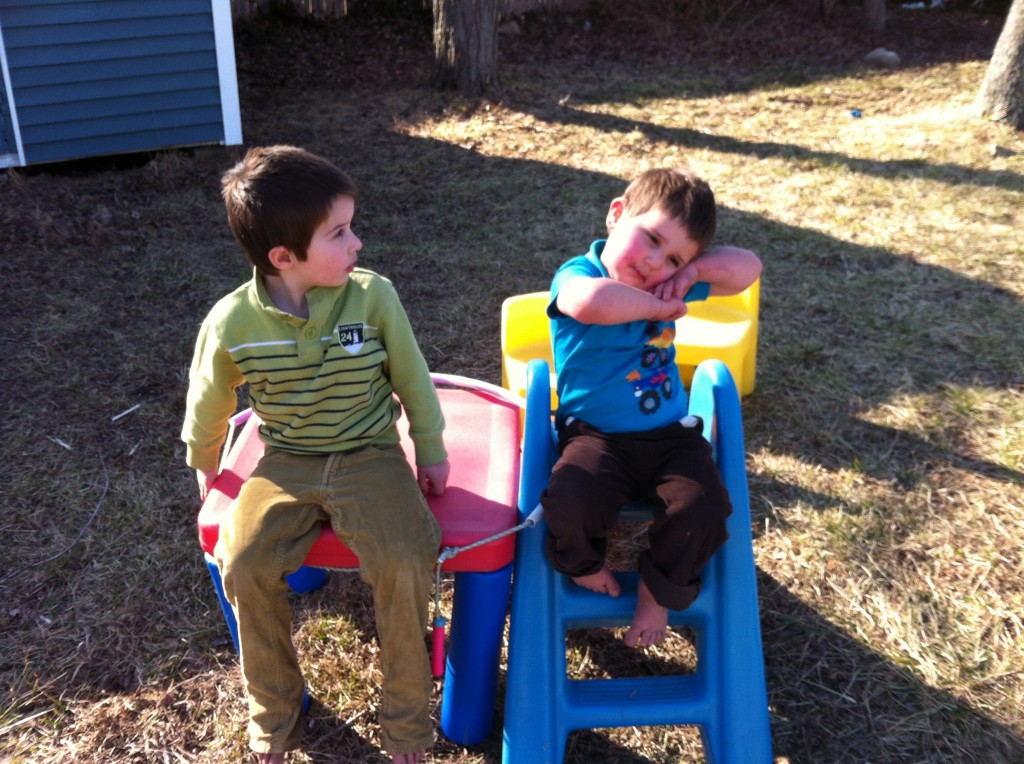 I pulled some of the toys out of the shed for the kids and they cheered to see long-lost friends reappear. Sophie discovered that the inside of a sunflower stalk contains a substance that looks and feels like styrofoam. She collected a whole bowlful. 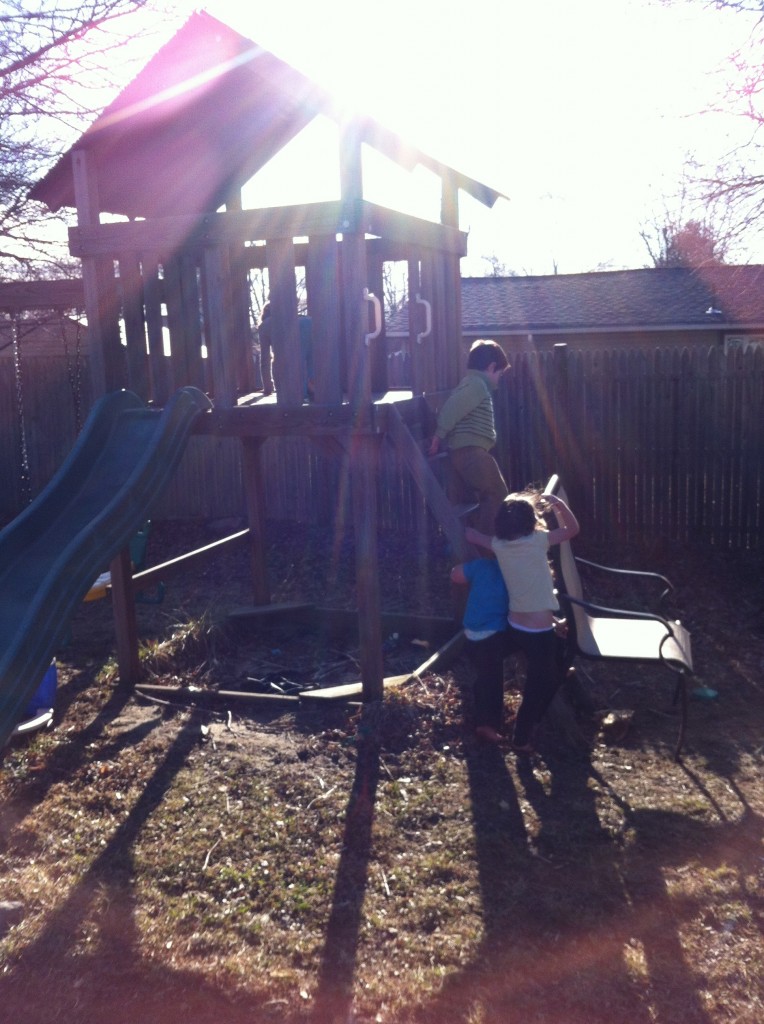 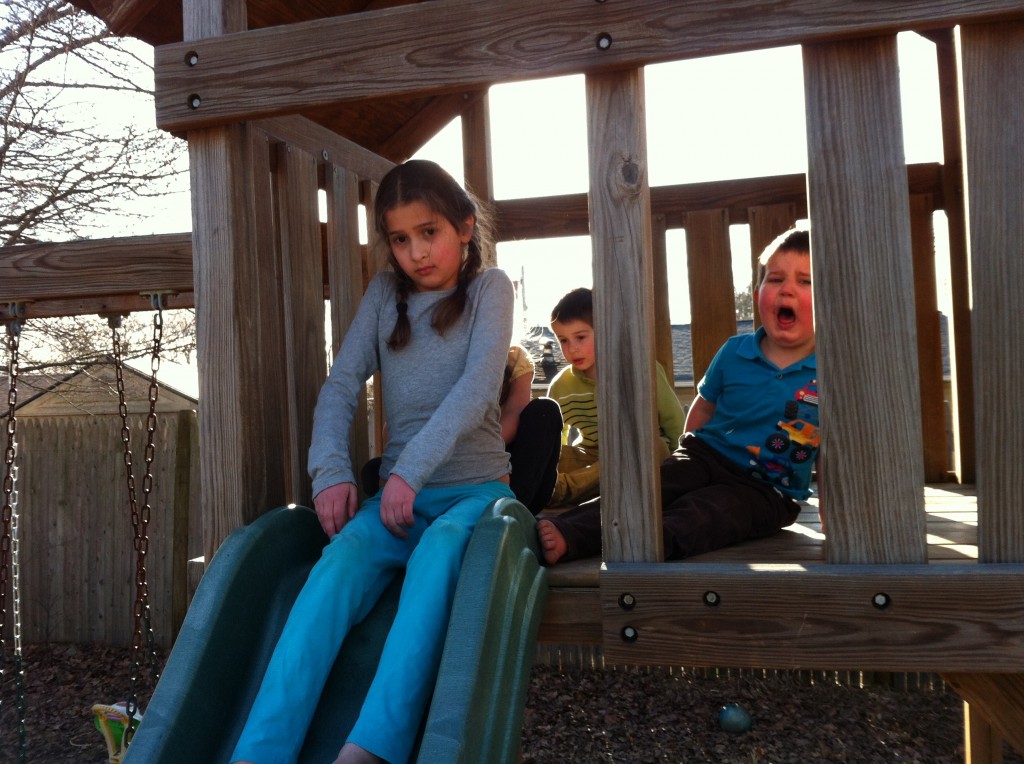 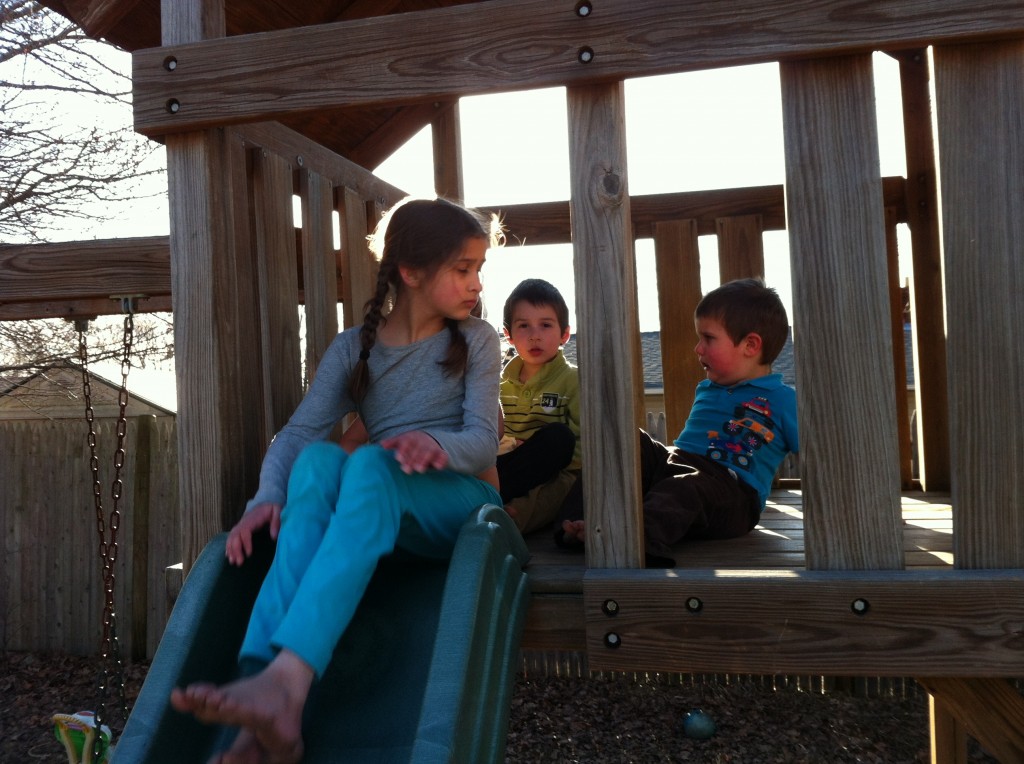 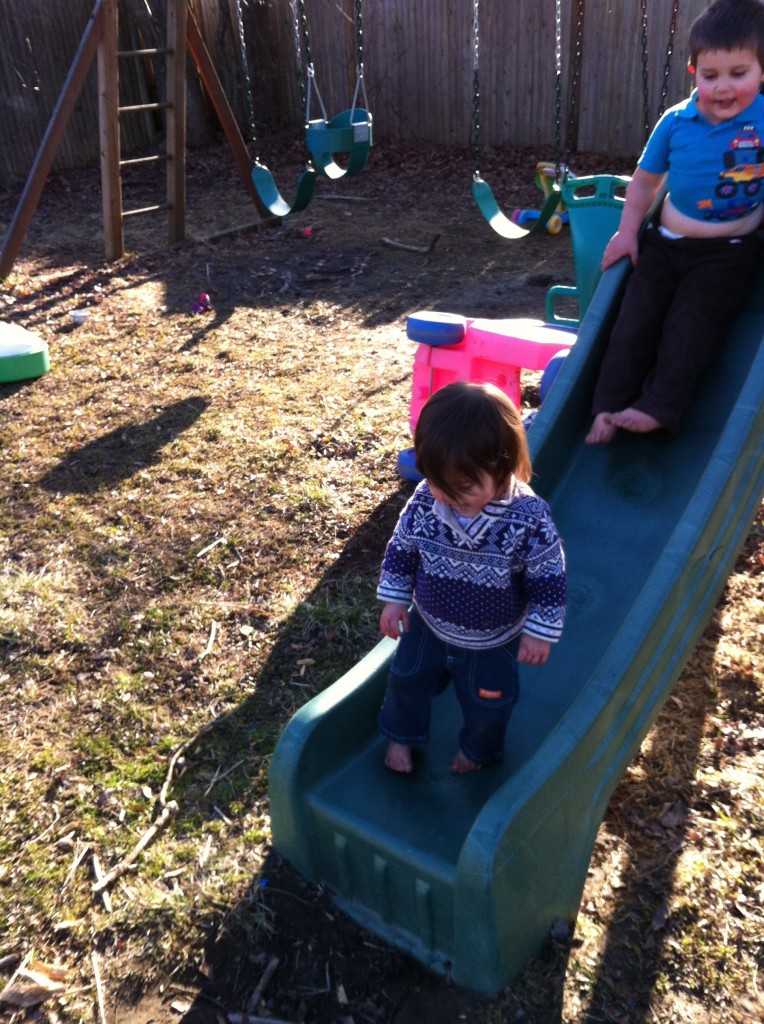 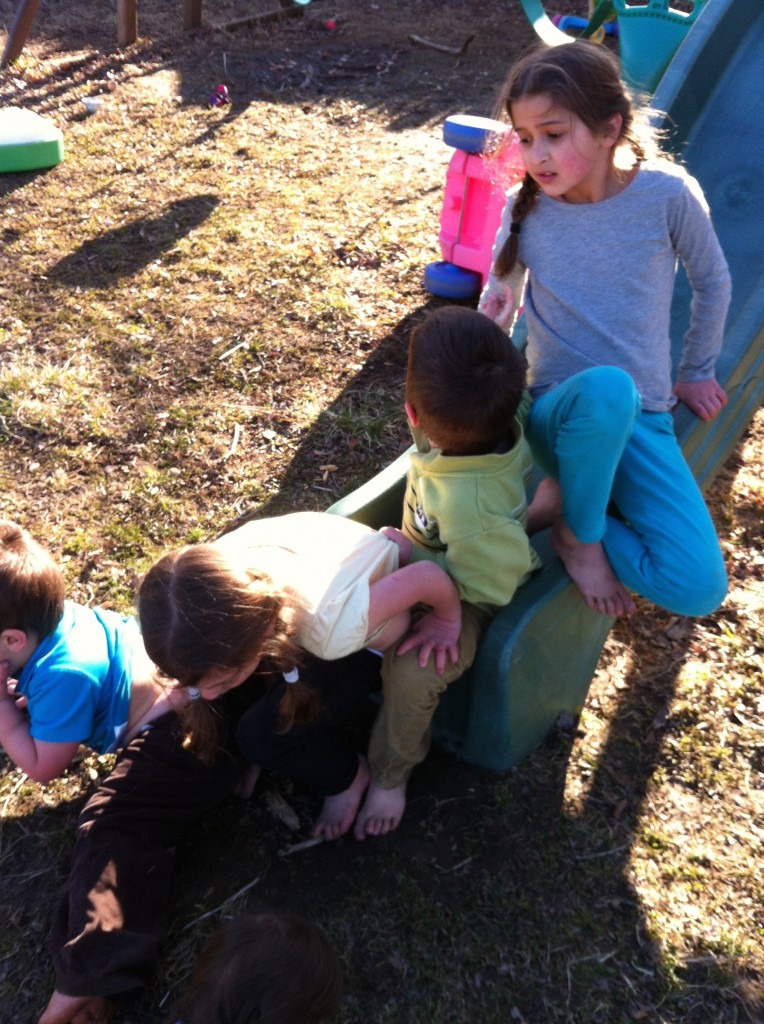