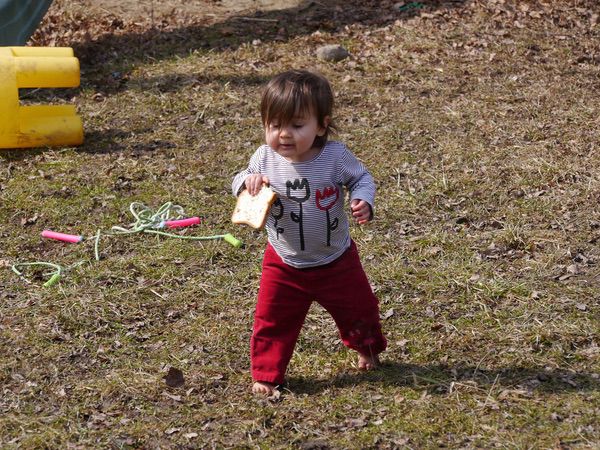 Not that my quick takes really have anything to do with spring; though I guess the pictures do, kids playing outside and all. I’m just really excited to see the days getting longer and (slightly) warmer. 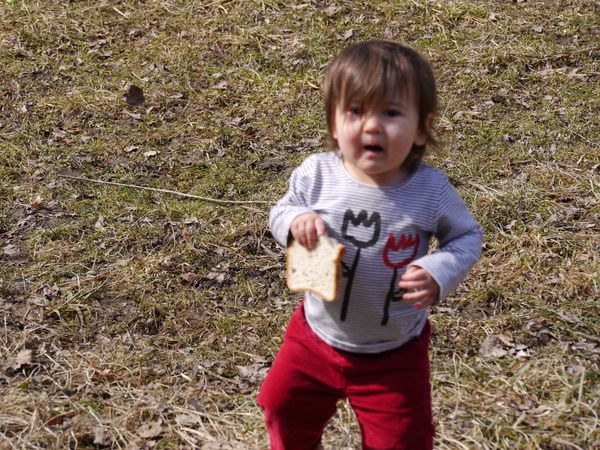 Lucia can say her own name. It sounds like “A chee uh” It really is the cutest thing ever. 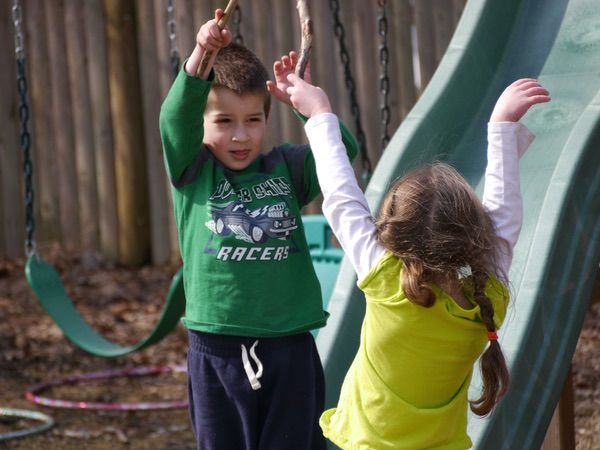 I’ve been having more fun adventures with my sourdough starter/levain. I’ve tried so many new recipes, some more worth keeping than others. I made pizza on Sunday and a very yummy version of my honey whole wheat sandwich loaf. Both of them could have stood a bit more salt and I’m still working out the kinks on how to roll a nice tight loaf of sandwich bread so that it doesn’t separate when sliced (not a sourdough problem, I have the same issue when I make it with dry yeast), but otherwise, I’m quite happy with the sourdough version. I tried a no-knead bread that came out pretty well too. But not as good as the leftover oatmeal bread.

I ran out of honey last week and forgot to buy more at the store so I made all the bread recipes that called for honey with maple syrup instead. I couldn’t really taste the difference. 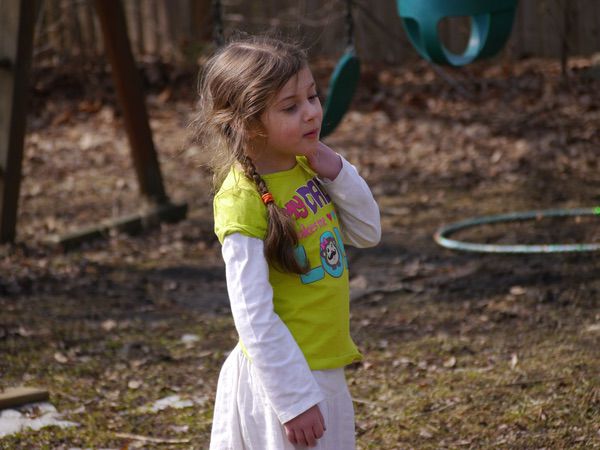 We had Lucia’s godparents over for dinner last Saturday evening in anticipation of her baptism day on Monday. We had a great time. Dom made a Guinness-braised corned beef and carrots and potatoes as well as a whiskey-glazed cabbage. I was a little afraid that our wild crew traumatized their son, Joseph, who is an only child and not used to the chaos and noise and little kids who think pretending to give you weird things for presents is funny.

On Monday for the day itself we had a simple chicken soup, but we had cupcakes for dessert, the remainder of Sophia’s birthday treat. Yum! We lit Lucia’s candle and said our “I do”s to affirm our baptism vows. I really love this tradition we have going. 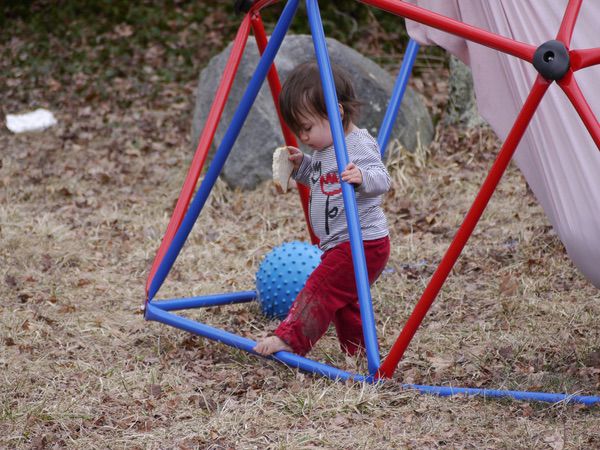 And a bunch of cute things my kids have said and done:

Ben’s funny question the other day: “Where does the king go?” Upon further questioning, I determined that he wanted to know if the king is in the front or rear of the battle line. I told him it depended on the king and the battle.

Ben says sometimes his stuffed froggy just needs him to take care of it. I guess everyone needs to be needed.

When I go to tuck him in at bedtime Ben tells me he has a secret he can only tell God. It’s a secret about his stuffed animals.

Bella says she doesn’t like to play with Ben because he talks too much and she can’t understand what he’s saying. Poor guy does tend to ramble in that precocious four-year-old way, often I find it really hard not to just tune him out and make agreeable noises at him.

The other night during bedtime prayers Ben added: “Thank you, God, for Jesus dying on the cross and for all the things which I love.” 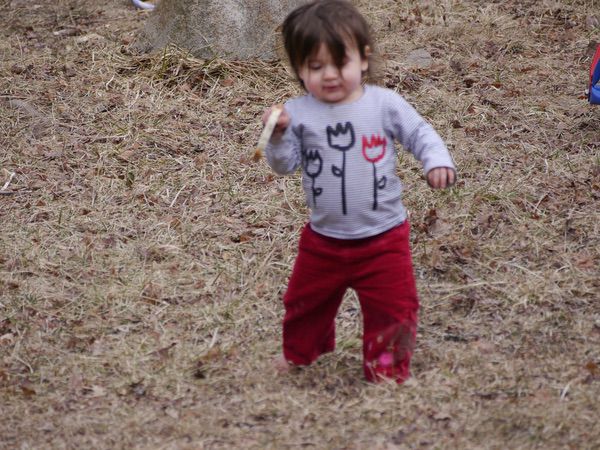 Bella declared the other day that she wants to learn the Roman numerals so that she can have a watch. She wants a wristwatch so she can pray a decade of the rosary at the top of every hour. She was as good as her word and when three o’clock rolled around she prayed the first decade of the sorrowful mysteries, counting it off on her fingers since she couldn’t find her beads. I doubt she remembered any other time that day. She is so earnest and means what she says, but so very distractable.

However, when we went to the library she did spend some time staring at the clock on the wall (which has Roman Numerals) after a bit she declared that she understood Roman Numerals and told me X was ten, V was five. “I think I get it now.” 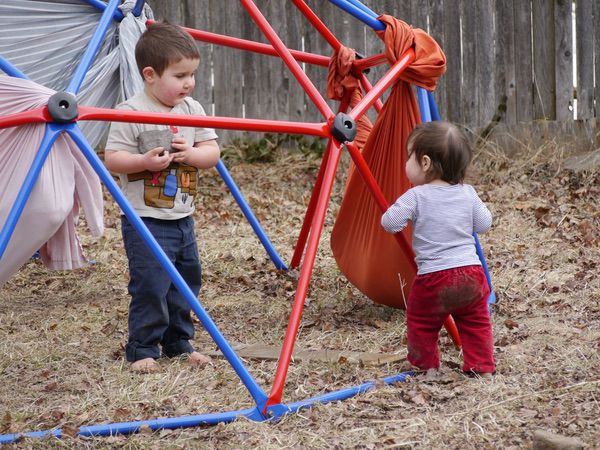