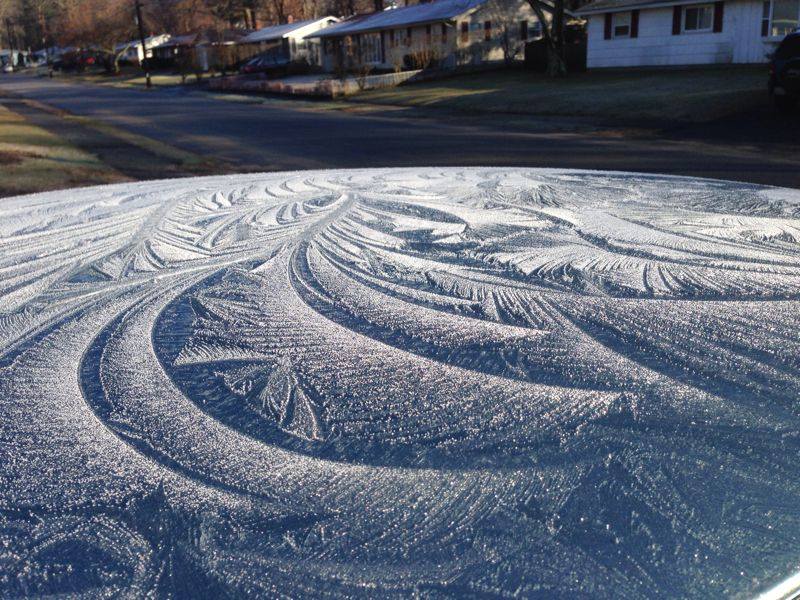 1. Frost on the roof of Dom’s car. He says the timing was just right. The sun had just peeked over the roof of my minivan, making the frost shine, and a minute later the frost had started to melt. 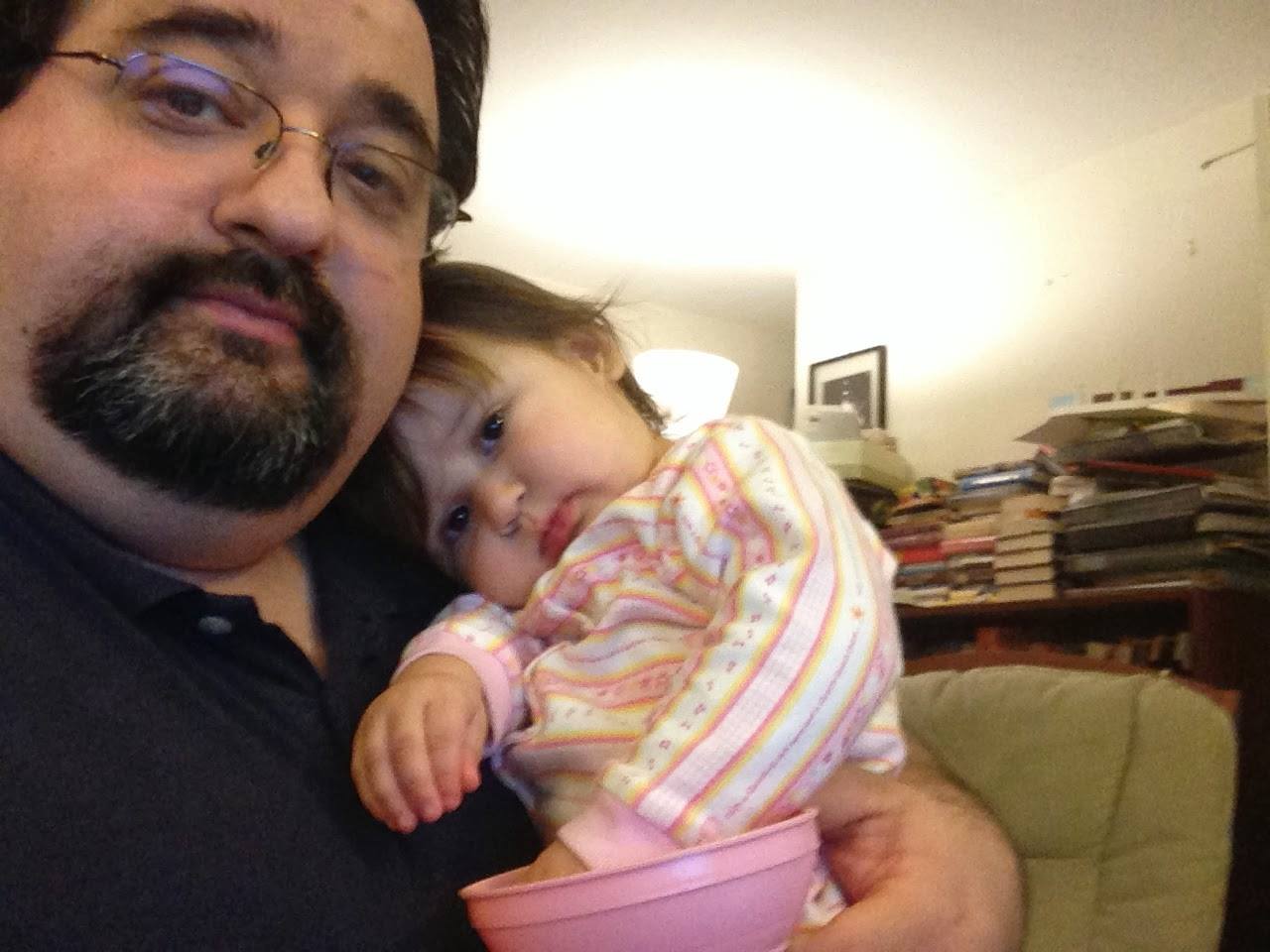 2. Lucia and Daddy cuddling at bedtime. she was eating raisins while waiting for me to tuck in her big brothers and sisters.

3. Sophie sings her current favorite Christmas carol: Once in Royal David’s City. This is the hymn Sophie and Bella have been demanding as their bedtime song the past few weeks. You can hear Bella humming along in the background. It almost killed her not to sing with Sophie.

4. Bella to Sophie: “God won’t remind you of sinful things. But Siri will.”
I think Sophie was expressing fear that she would forget to come back to the game she was playing, which I think was annoying Bella. So Bella was going to reassure Sophie that God would help her to remember to come back to it. And then Bella had this thought about whether Sophie’s game was perhaps sinful, in which case God wouldn’t remind her to come back to it. But Siri, which Dom uses to mollify the kids when they are afraid he won’t follow up on something he promises to do at a later time, doesn’t have such moral qualms.

5. Photos: the kids model Epiphany presents from Grandma and Grandad Scott: scarves for the big girls, t-shirts for the boys, pajamas for Lucia.

and Ben looking cute in his new sweater. He actually posed for the camera. He’s usually quite camera shy.