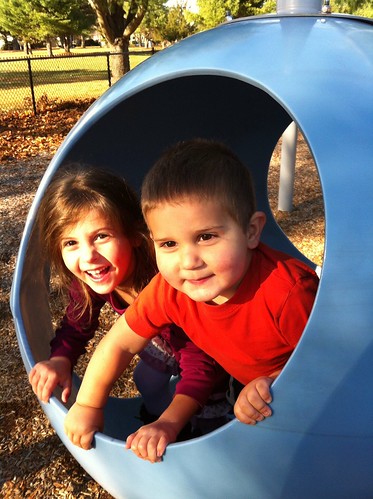 Anthony and Sophie at the playground

In our latest round of troubleshooting Anthony’s sleep issues:

We’ve found that he needs the light out to go to sleep. Ben needs it on. So now Anthony reads in bed until Ben falls asleep then comes and gets us to tuck him in again and turn out the light.

I’m thinking maybe he needs to give up the nap. So yesterday and today I didn’t put him down for a nap and we tried to wear them out and then get them an early bedtime. 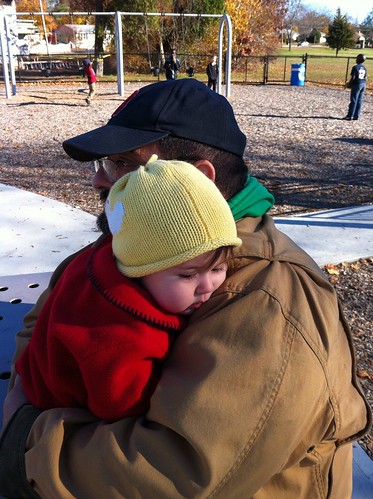 Sunday afternoon wait, backup, Sunday morning was one of those everyone gets up on the wrong side of the bed days. Anthony had been pestering Dom since oh 5 or so. Ben and Anthony were both cranky and squabbling like cats and dogs. And when they weren’t fighting they were whining. I was cranky because everyone else was. So by early afternoon I’d had enough. I rounded everyone up to get out of the house. Let’s wear out the kids at a park or something. 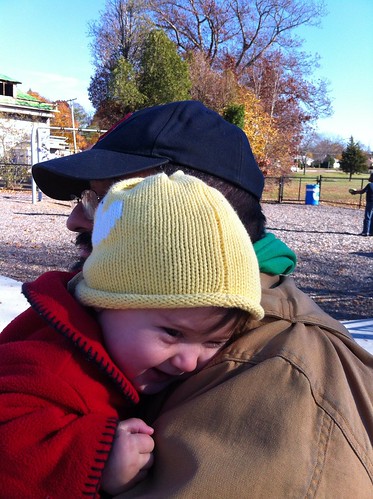 We ended up at Blue Hills Reservation. On the way there I thought the whole thing was going to be a bust because it started to rain, but everyone prayed like mad and the rain stopped as we got to the parking lot. We climbed to within a quarter mile of the observation tower when it started to rain and it was getting uncomfortably close to sunset so we taught the kids about discretion and turned around to go home. We’ll reach the summit another day. As we drove home the sunset blazed over the hills, turning the tops of the trees a fiery red. Absolutely gorgeous. Then we took the kids out for dinner and put them to bed well before 8. 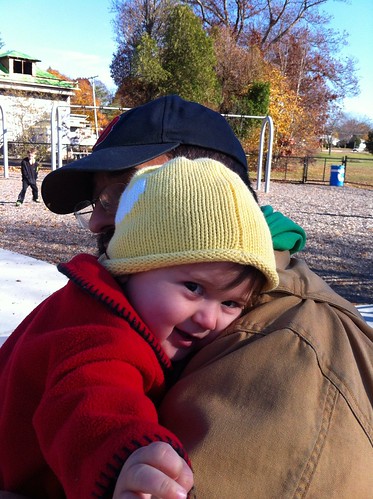 Today I’d forgotten Dom had off for Veteran’s Day. So I did our usual math and reading and then was going to take the kids on a picnic lunch but instead opted for lunch at home followed by a trip to the playground. Then back home where we plowed through a big pile of books. Sophie complained that she was bored by our reading selection, but I noticed that she was hanging on every word of the Beowulf story and when we got to the end she exclaimed that she thought the water witch was going to kill Beowulf. Oh but I thought you thought the story was boring, I said. She protested that it was, but I’ll bet tomorrow she hangs around for the next installment. 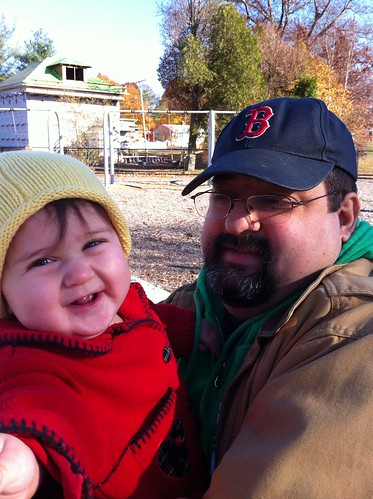 With Dom here to cook dinner, we got the kids in bed early again tonight. I’m not sure that’s going to happen on weeknights when I’m flying solo and he doesn’t get home till after 6. Tonight Anthony was asleep before I even turned out the light, but Lucia was overtired and would not settle. She kept pinching me and kicking me as I tried to soothe her to sleep and my nerves were frayed. Finally I took a bathroom break and let her cry herself to sleep since my presence seemed to be too much stimulation for her tired little self.

Lucia has become quite a babbler. Her new favorite word is “heah,” which I take to mean “here” with a true Boston accent. I’m not sure why she’s latched onto that word, though since she repeats it every time I say it, I’m realizing how often it gets sprinkled in my daily speech. She also seems to like “go” though it’s kind of hard to tell f that’s a separate word from her word for milk, “gok.” She had me confused on that one for a while until she stuck her hand in my mouth and grabbed at my shirt while repeating it. Oh “gok” is milk, huh?

Running with the kids at the playground.

At Blue Hills Trailside Museum with the kids.