The Prince and the Princess

No, this isn’t a story about the new royal baby in England. It’s about my very own royal family: Princess Sophie and Prince Ben. 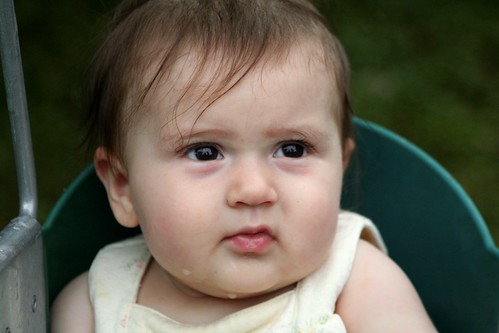 Lovely Lucia with droll on her chin. (Photo by Dom with the SLR.)

On Monday night Dom was in the yard firing up the grill for some steaks. I had Lucy in the swing for the very first time. She sort of liked it. Sophie wandered out and asked if I could fasten her dress for her. And then she was so darned photogenic I had to take a bunch of pictures. I’d brought out my phone to take pictures of Lucy, you know. 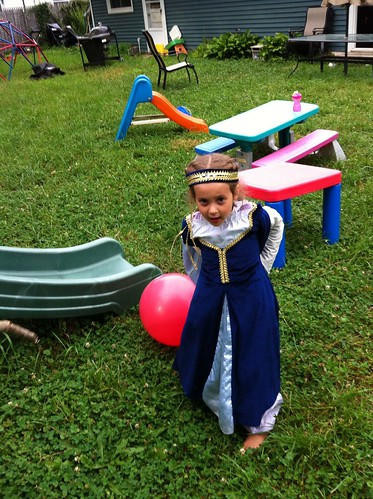 Mama, Mama, can you do my dress? 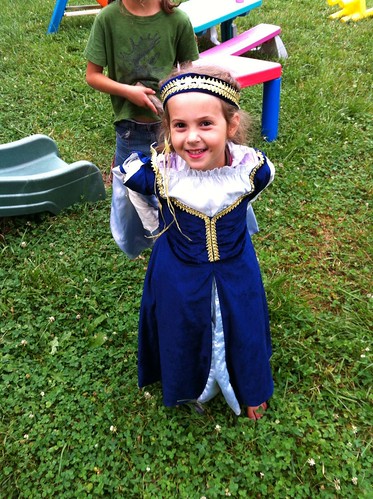 I’m happy to be the lady in waiting to this smiling royal. 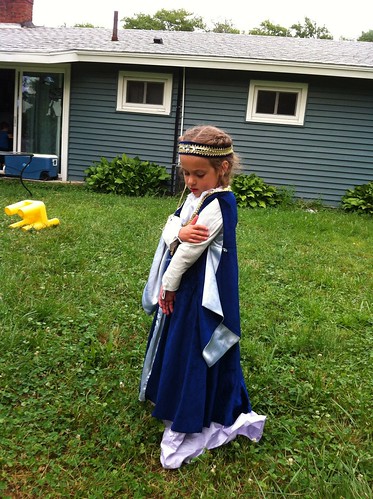 Can you see that she has a second dress up dress, a lavender one, under the blue? She got it into her head that princesses wear multiple dresses. 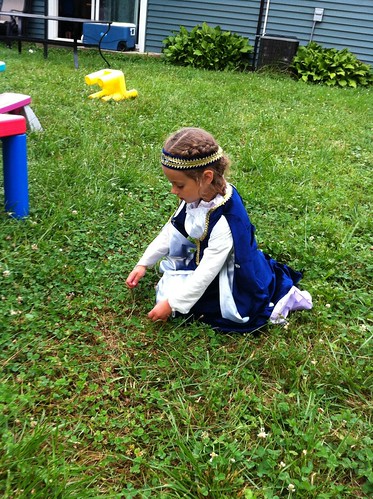 She traipsed around the yard, making a charming pictures as she stopped to pick clover and grass. 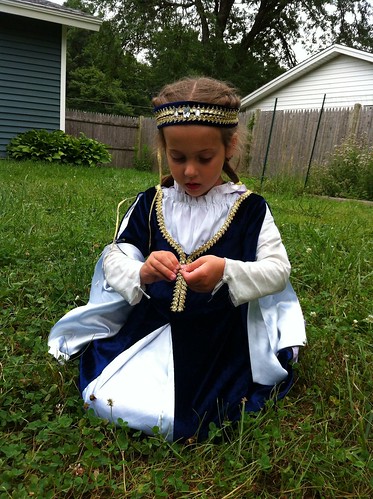 Completely absorbed, she didn’t even notice me as she sang her little songs. 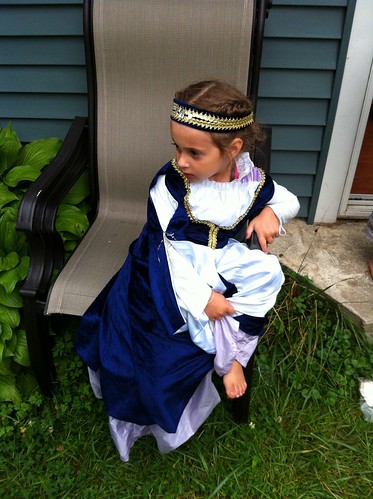 The queen on her throne. 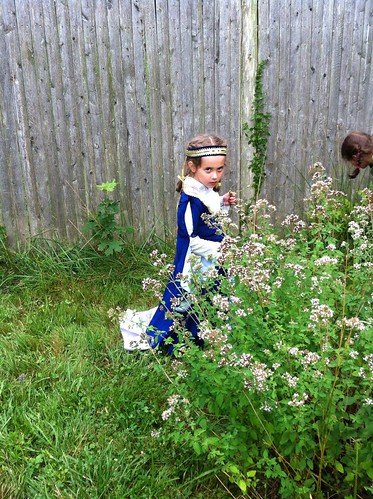 The queen in the garden.

And then Ben came out with his new knight costume. 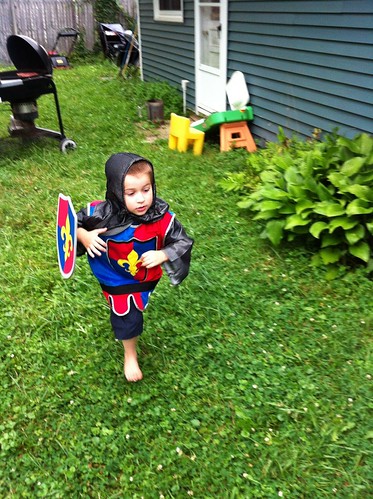 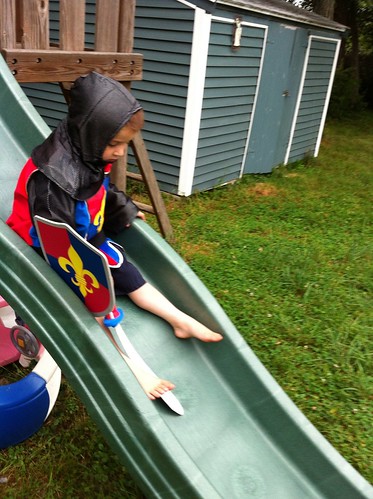 Bella says this is the king going down a waterfall. 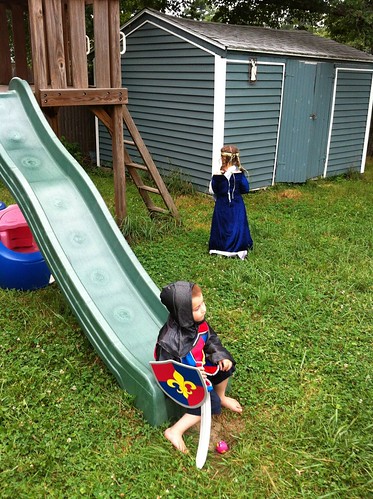 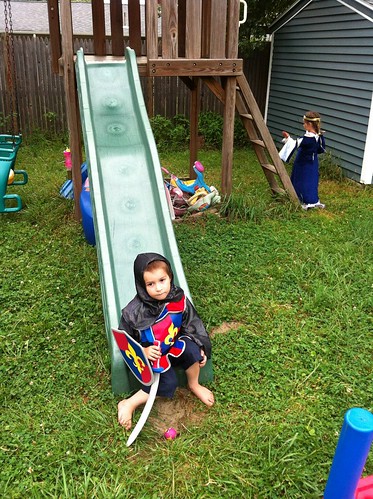 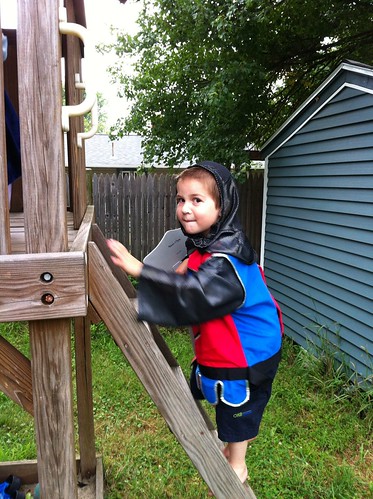 The knight climbing the castle wall. 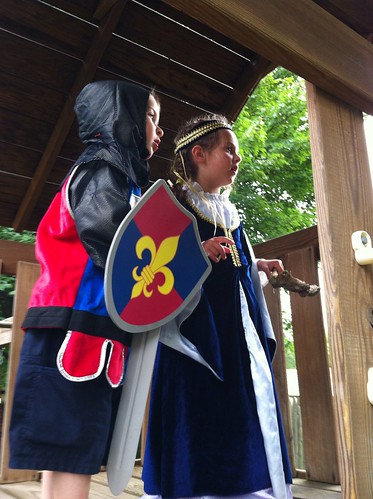 He joins the queen in the castle. 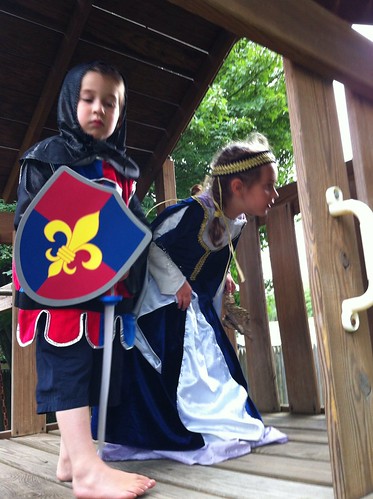 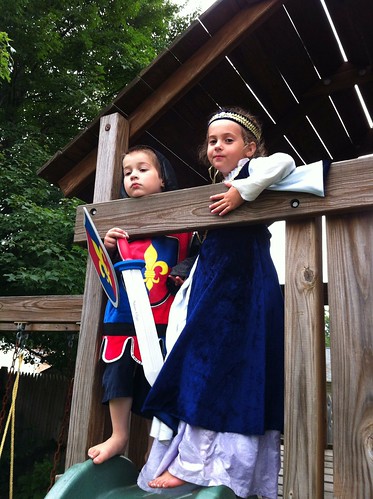 The king and queen on the battlements, Bella says.

I love the way Sophie just takes charge and Ben becomes her supporting cast. He looks like he’s not having fun, but really that’s just Ben. 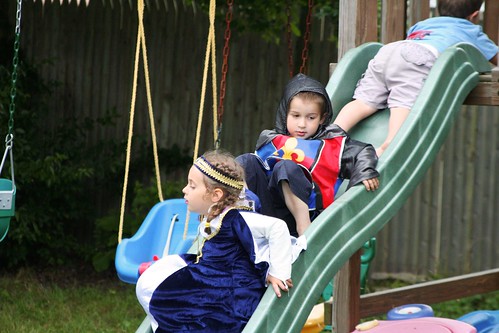 On the slide. (Photo by Dom) 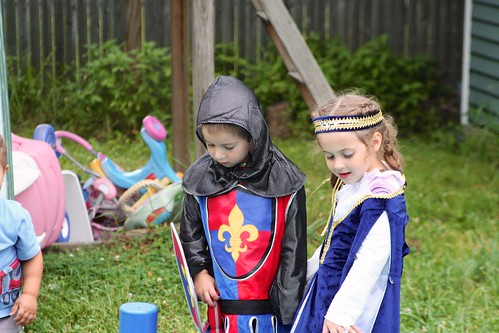 The king and queen.(Photo by Dom) 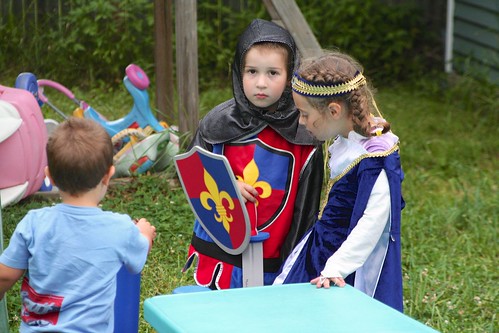 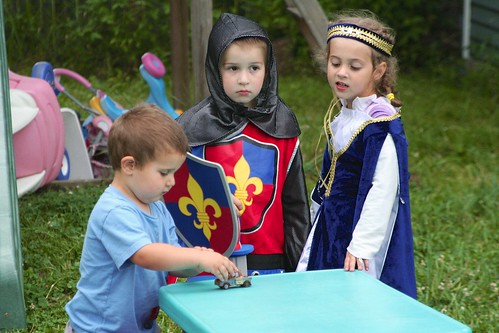 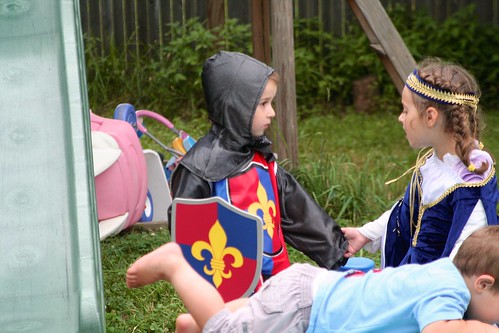 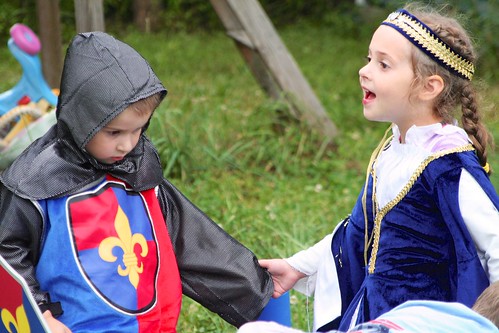 This one especially makes me laugh. She’s singing her heart out and he’s… the reluctant hero. (Photo by Dom) 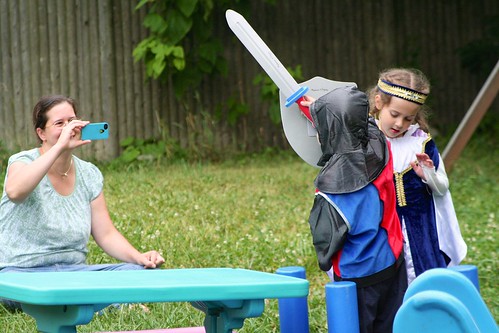 Is he threatening the paparrazi or saluting? (Photo by Dom) 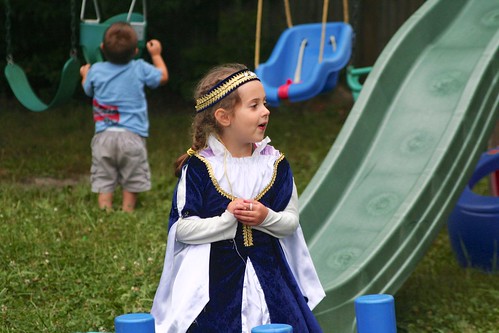 My little queen. (Photo by Dom)

I wish I’d been able to capture her song she was singing. 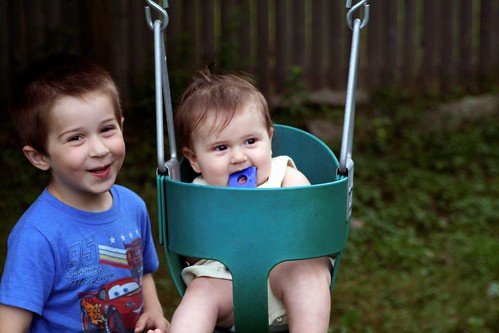 And then there’s Lucy and Ben. These two have something special between them. A beautiful thing how this little girl makes this often dour boy light up.