Why Your Supermarket Only Sells 5 Kinds of Apples

In the mid-1800s, there were thousands of unique varieties of apples in the United States, some of the most astounding diversity ever developed in a food crop. Then industrial agriculture crushed that world. The apple industry settled on a handful of varieties to promote worldwide, and the rest were forgotten. They became commercially extinct—but not quite biologically extinct.

Even when abandoned, an apple tree can live more than 200 years, and, like the Giving Tree in Shel Silverstein’s book, it will wait patiently for the boy to return. There is a bent old Black Oxford tree in Hallowell, Maine, that is approximately two centuries old and still gives a crop of midnight-purple apples each fall. In places like northern New England, the Appalachian Mountains, and Johnny Appleseed’s beloved Ohio River Valley—agricultural byways that have escaped the bulldozer—these centenarians hang on, flickering on the edge of existence, their identity often a mystery to the present homeowners. And John Bunker is determined to save as many as he can before they, and he, are gone.

Bunk called this period the Great American Agricultural Revolution. “When this all happened, there was no USDA, no land grant colleges, no pomological societies,” he says. “This was just grassroots. Farmers being breeders.” As farms industrialized, though, orchards got bigger and bigger. State agricultural extension services encouraged orchardists to focus on the handful of varieties that produced big crops of shiny red fruit that could withstand extensive shipping, often at the expense of flavor. Today, thousands of unique apples have been lost, while a mere handful dominate the market.

When Bunk lays out his dazzling apple displays, it’s a reminder that our sense of the apple has increasingly narrowed, that we are asking less and less from this most versatile of fruits—and that we are running out of time to change course. Exhibit A: The Harrison apple, the pride of Newark, New Jersey, renowned in the early 1800s for making a golden, champagne-like cider that just might have been the finest in the world. But the Harrison, like most of the high-tannin varieties that make good hard cider, disappeared after Prohibition. (The recent hard-cider revival has been making do largely with apples designed for fresh eating, which make boring cider.) But in 1976 one of Bunk’s fellow apple detectives found a single old Harrison tree on the grounds of a defunct cider mill in Livingston, New Jersey, grafted it, and now a new generation of Harrison trees is just beginning to bear fruit. It’s as if a storied wine grape called pinot noir had just been rediscovered.

Also, I’m reading The Botany of Desire: A Plant’s-Eye View of the World

, which has a chapter about apples and John Chapman. Interesting stuff. I’m feeling fits of botany coming on. I picked up Botany in a Day

at the library and am having a grand old time.

Hiking in the Town Forest 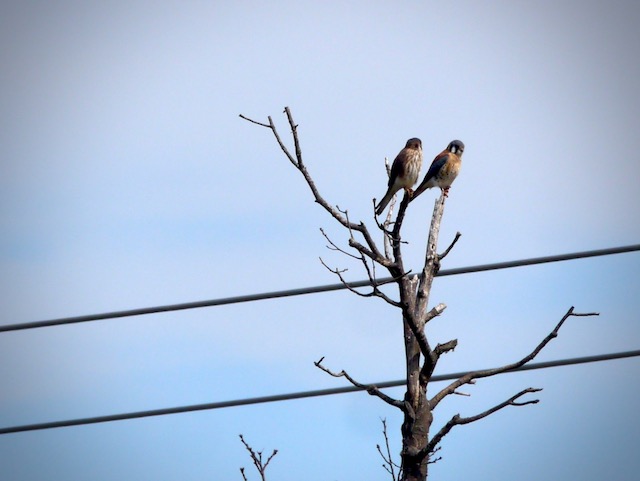 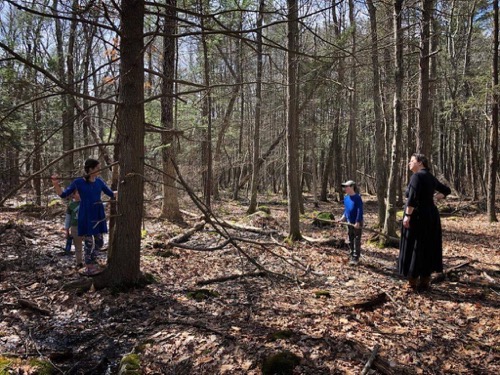