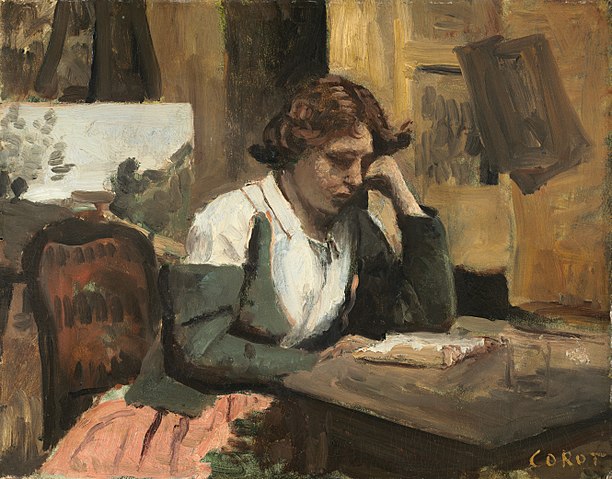 A sort of murder-mystery ghost story that probes the deep wounds of race as played out in the appropriation and theft of African American music by white musicians and record companies. Two music-geek misfits became friends and partners in college and subsequently move to New York. One is a collector of rare blues records. The narrator, who seems to likely be on the autism spectrum, somehow records a blues song from a ghostly man he encounters on the street. They release it on the internet and it connects them to a stranger who leads them on a hunt that takes them into the deep South where they become entangled with a dark and sinister plot. I hope to have more to say on this one in the future.

A science-fiction novella, the first in a trilogy. The author is a Nigerian-American and this fascinating story has a protagonist, Binti, who is closely modeled after the Himba people who live in Namibia and Angola) and the first member of her people to go off-planet. She is a mathematical genius and has been accepted to an alien university. On the way to the university her ship is attacked by an alien species, the Meduse, who resemble jellyfish and who have a quarrel with the university. Binti, like all Himba women, adorns herself with otjize paste, a cosmetic mixture of fat and ochre pigment with perfumes which serves to protect the skin but is also considered the standard of beauty, giving the skin and hair a reddish-orange tint— the otjize cosmetic plays an important and surprising role in the story.

An intriguing story, I’m looking forward to reading the rest of the trilogy.

3. A Little Lower Than the Angels by Geraldine McCaughrean  A juvenile novel set in medieval England about a boy apprenticed to an abusive stone mason who runs away from his master and joins up with one of the first crews of traveling players, going from town to town performing mystery plays. This one gets rather dark as the players are attacked for daring to play without the bishop’s permission. After their carts are destroyed, they turn to charlatanism and fake miracles. There were several points where I thought it had taken too dark a turn, but I liked the ending quite well. Still, not a book for younger readers, I think. Maybe more middle school?

4. If You Can Get It by Brendan Hodge

An excellent contemporary novel. I wrote a longer review here.

The latest (book 16) in the Dresden Files urban fantasy/noir detective series about a wizard who works as a private investigator in present-day Chicago. This is the first of a two-parter, the second part is expected to be released in September. At this point in the series, after a longish wait between books, this volume had to cover a lot of ground. At times if felt like the need to pop in on the vast cast of characters to see how they’re doing threatened to overwhelm the plot. But there were also some choice moments of solid character-driven action and a few payoffs of long-awaited relationship tensions. Butcher has a lot of balls to keep in the air at this point in the series and I really hope he doesn’t drop them. This was a fun read and I’m on tenterhooks waiting for Battle Ground next month.

6. One Is One by Barbara Leonie Picard

Another juvenile historical novel set in medieval Britain. Here Picard says she was trying to answer the question: what happened to misfits in the Middle Ages? Stephen de Beauville is a younger son of a Norman knight whose mother, his father’s second wife, died when he was young. Raised by nurses and traumatized by a dog when he was very small, he’s bullied and tormented by his brothers and sisters and cousins, who consider him a coward. His father agrees with the general assessment of his character and Stephen is slated for the monastery. Stephen’s path does not run smooth and he suffers many horrible heartaches but eventually he finds himself and a place. It’s a beautiful story of a sensitive, artistic soul in a harsh world. There are some very dark moments in this story and I would not recommend it for young or sensitive readers, but I really loved it.

A Lord Peter Wimsey mystery. Mystery novelist Harriet Vane is on trial for murdering her lover. Lord Peter believes she’s innocent even though she was working on a novel in which a character is poisoned in the same way. And he sets out to prove it and to try to win her heart. This is one of my more favorite Wimsey novels— Gaudy Night is my absolute favorite.

1. The Corner That Held Them by Sylvia Townsend Warner

A novel about a community of nuns in medieval England at the time of the Black Death. It covers a long span of time and many characters, it’s the place and the community that is the main character in the book. It’s rather slow moving and as I keep picking it up and putting it down I’m having a hard time following it. I think it needs a better attention span than I currently have. I’m rather like a ping pong ball bouncing all over the room.

Might be my least favorite of Sayers’ Lord Peter Wimsey novels. An artist is murdered in Scotland and Lord Peter’s vacation is enlivened as he gets to solve the case. This is one of those stories where train timetables are very important. There are six suspects, all of them artists. As the title suggests, five of them are red herrings. I love Lord Peter and his man Bunter, but I’m not the kind of detail-oriented reader to appreciate the work Sayers did to set up this puzzle.

A friend gave me this one for my birthday and though I’ve only read the first couple of chapters, I’m really enjoying Twitty’s eloquent style and the subject matter.   Michael Twitty is an African American chef and historical reenactor who does historical cooking in character as an enslaved man, mostly at plantations in the South. Of himself he says: “I am a Judaics teacher and Culinary Historian focusing on the foodways of Africa, enslaved African Americans, African America and the African and Jewish diasporas.”   The Cooking Gene is a deep dive into his roots, culinary and historical and genetic. But it’s not just an African American story, it’s a Southern story and an American story, it’s the story of all Southerners and Southern food.

I dare to believe that all Southerners are a family. We are not merely Native, European, and African. We are Middle Eastern and South Asian and East Asian and Latin American, now. We are a dysfunctional family, but we are a family. We are unwitting inheritors of a story with many sins that bears the fruit of the possibility of ten times the redemption. One way is through reconnection with the culinary culture of the enslaved, our common ancestors, and restoring their names on the roots of the Southern tree and the table those roots support.

“The lofty goal of participation in the praise fest for rediscovering and sustaining America’s food roots sees trivial at best when going to your source is traumatic. The early and antebellum South is not where most African Americans want to let their minds and feet visit. It’s a painful place, and the modern South is just beginning to engage the relationship between the racial divide, class divisions, and cultural fissures that have tainted the journey to contemporary Southern cuisine. It’s an entangled and deeply personal mess that has been four centuries in the making. This book is about finding and honoring the soul of my people’s food by looking deep within my past and my family’s story.”

Dom knows Michael Twitty from the Townsends YouTube channel (historical cooking of the 18th century) because he does reenacting and also heard him on the Christopher Kimball’s Milk Street podcast. Check out the Townsend video featuring Twitty talking about barbecue as food of the enslaved and cooking some delicious sauces:

What about you? What are you reading?