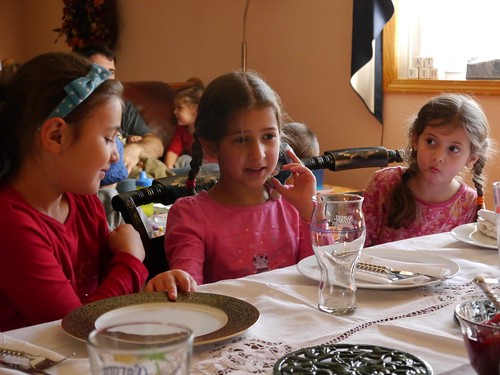 My children were so excited about Thanksgiving this year. The girls had picked out their outfits days in advance. I think the biggest attraction is cousins.

Once again I am so very thankful for my sister-in-law, Carol (wife of Dom’s oldest brother, Bernie) for hosting Thanksgiving dinner. She cooked a fabulous dinner and welcomed us all, including a dozen kids from 12 to 11 months. (Our five and Dom’s sister Evy has seven.) It’s what Thanksgiving is supposed to be. 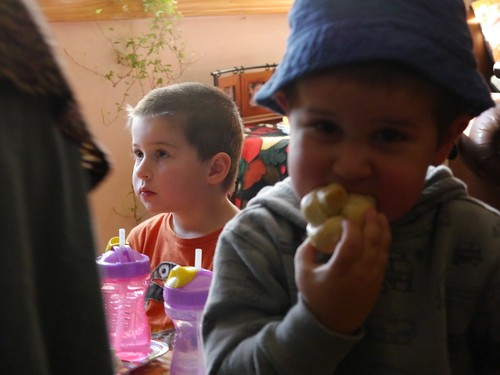 It is so nice not having to cook, except for the pecan pie and the cranberry sauce which I wanted to make. And Carol even gave us the carcass of one of the two turkeys she roasted, which I have already rendered into about 6 quarts of gorgeous golden stock.

And then also for John (Dom’s other brother) and his wife, Patti, for having us all over for dessert. (They add six more kids to the mix, though I suppose their oldest two, being in college, don’t really count as “kids”.) We had pie, pie, and more pie. (I joked “all nine kinds of pie that Harold liked best,” even though it wasn’t really nine.) I made my favorite pecan pie with no corn syrup. It’s sticky and gooey but the nuts help to balance that out. My nieces stole the show, though, with their homemade pie. 11 year-old Chiara whipped up an apple pie without a recipe that, I kid you not, was perhaps the best apple pie I’ve ever had. And 12 year-old Kateri made a fabulous “Greek pie” that was like baklava, walnuts and lemon honey in a light pastry crust.

It was loud and crazy and I think my boys didn’t eat much of anything all day. By the end they were cranky and exhausted, but they had fun. And they came home with toys since my nephews have all pretty much outgrown their cars and trucks.

Also, while I’m thinking about thankfulness… about a month ago I posted a note on our local Catholic homeschooling forum asking if anyone had any hand-me downs they were looking to unload. Yesterday a bag finally reached me (via my sister-in-law) with some gorgeous clothes for Ben, Lucy, and Bella. All with Gap tags still on them. And a gift receipt in the bottom of the bag. A mom I don’t even know bought some very lovely things for us. I am so very grateful. This is in addition to another bag of beautiful like-new dresses that Bella received, several coats for the boys, and another bag that we still haven’t received that is in transit. I almost never attend functions with this group because almost everything is on the other side of Boston, yet I feel such a member of the community. 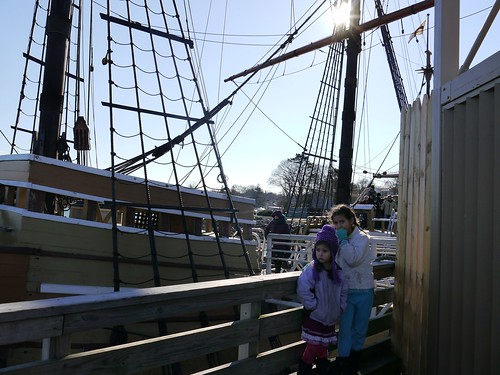 The day after Thanksgiving we took a drive down to Plymouth. We’d planned to go to the Museum of Science, but the kids were too tired after the excitement of Thanksgiving. It was very cold. We saw the Mayflower and Plymouth Rock. Then we had lunch and drove back home. 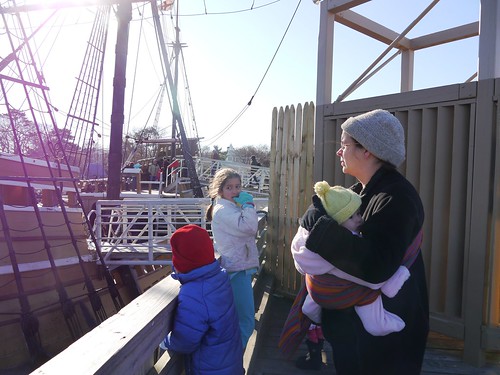 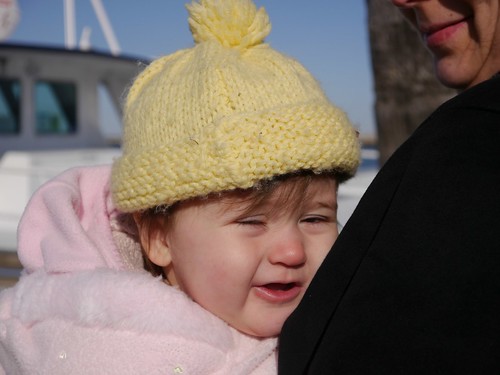 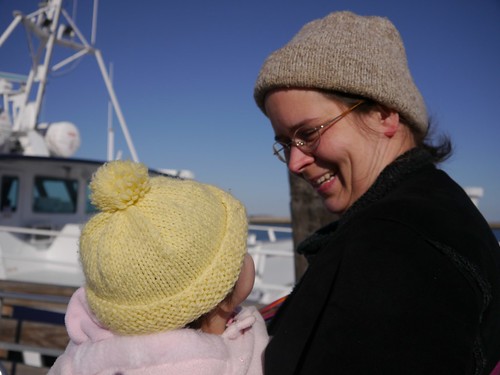 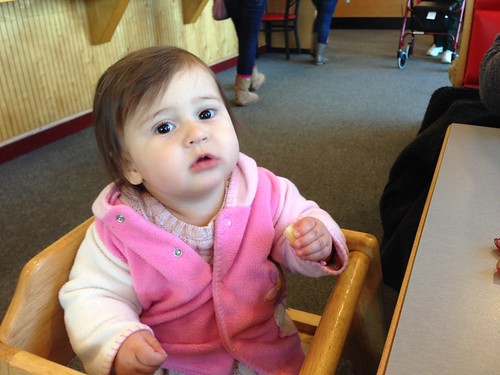 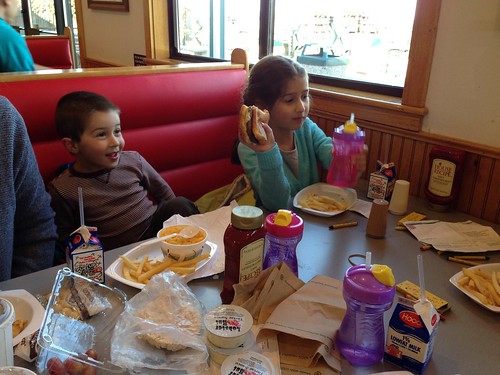 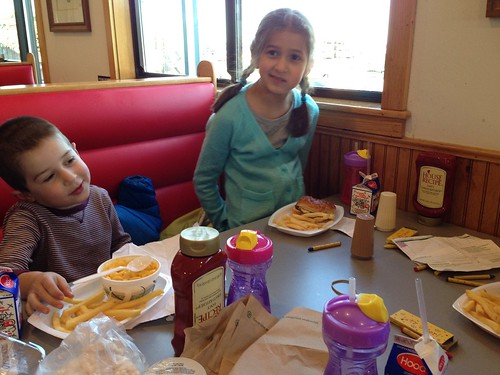 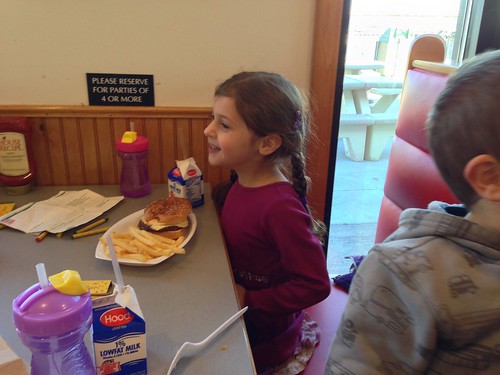