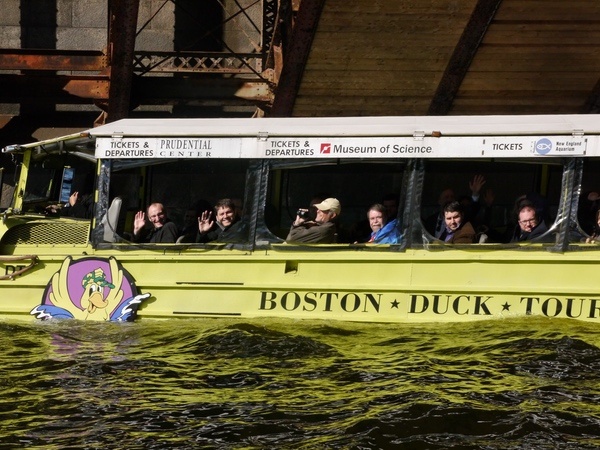 It’s Wednesday Sunday night and I still haven’t found time to write about our crazy, fun, busy weekend, which is now a whole week ago. C’est la vie.

So last weekend Dom helped to host the Catholic New Media Conference in Boston. On Saturday I went to the conference with all five kids. I didn’t get to hear any of the talks really, just poked my head in the back of a couple of them for a minute or two. But I got to say hi to some friends and especially to have a nice visit with my friend Zina, whose little girl is just three weeks younger than Lucia.

The kids mostly colored and played on the iPad. And made a mess. And Bella sat in the back for part of Dom’s talk, which was super cute. It was nice for her to get a little sense of some of what he does for work.

On Sunday we traveled into Boston for Mass with the group from the conference, celebrated at Sacred Heart in the North End. A gorgeous baroque church. We sat in the front row and were cooed over by all the little Italian ladies. The celebrating priest was a young Jesuit who gave an awesome homily.

After Mass we went on a duck boat tour of Boston. Sophie and Anthony got to drive the boat on the Charles River. Ben and Bella were not interested. Lucia slept the whole time we were on the boat, hidden under a fleecy blanket because it was fairly chilly, October in New England. Dom, a native Bostonian, had never been on a duck boat tour, and thoroughly enjoyed it. I’m glad after all the hard work he did organizing things, that he at least got to enjoy a little perk. 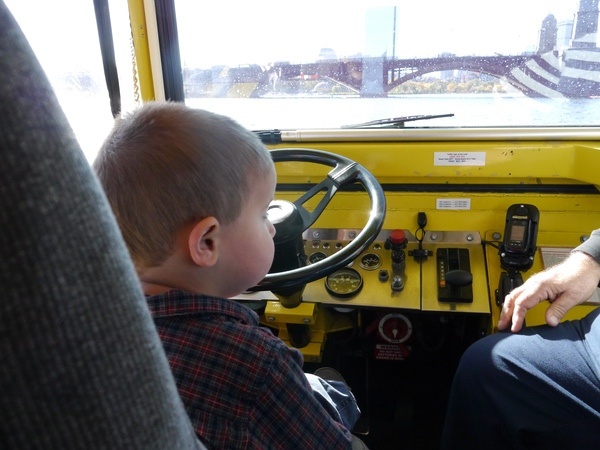 After the duck boat we had a nice lunch in the North End. Dom did find it expedient to leave in the middle of lunch to take the boys out and got them some pizza. In retrospect maybe we should have all just ducked out and taken the kids for pizza.

I wish I could have gone on the second part of the day, walking tours of Boston with lessons in photography and video, but we had to go home for naps.

We did, however, stop to get cannoli and other pastries at the must-see Mike’s Pastries. Because it would be almost a crime not to. 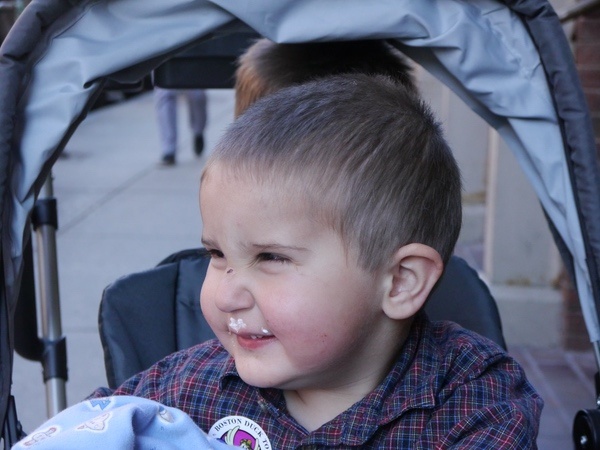 As to why it took so long to post a few pictures…. Then on Monday I threw myself into housecleaning. If you’ll recall we were at the Science Museum last Friday. That makes three days in a row that we were gone. It’s amazing how the house falls apart when everyone is out most of the day. I’m too drained and tired to pick up, I just want to flop and recharge. Then on Monday night we had a guest for dinner, Father Roderick, the podcasting priest from the Netherlands, founder of SQPN and the CNMC. It was really nice to have him over, to sit down and have a great conversation about cooking, books, movies, television, the Church, how Dom and I met. Hospitality is really something I’ve been wanting to work on, and it was lovely

Then Tuesday I had a local homeschooling friend come over for a playdate. I’d originally scheduled her for Monday but she was nice enough to take a rain check at the last minute when I realized I’d double booked myself. I just am not equipped to have two guests on one day.

And then Wednesday was library day, Thursday was grocery day, Friday we went to Adoration and then Friday night my dad arrived for a visit. It’s been quite a week, why haven’t I had a chance to write? The good news is I think we’ve probably solved some of Lucia’s sleep issues. The bad news, is the solution still leaves me with less time to write after the kids are in bed. It’s a season, right?