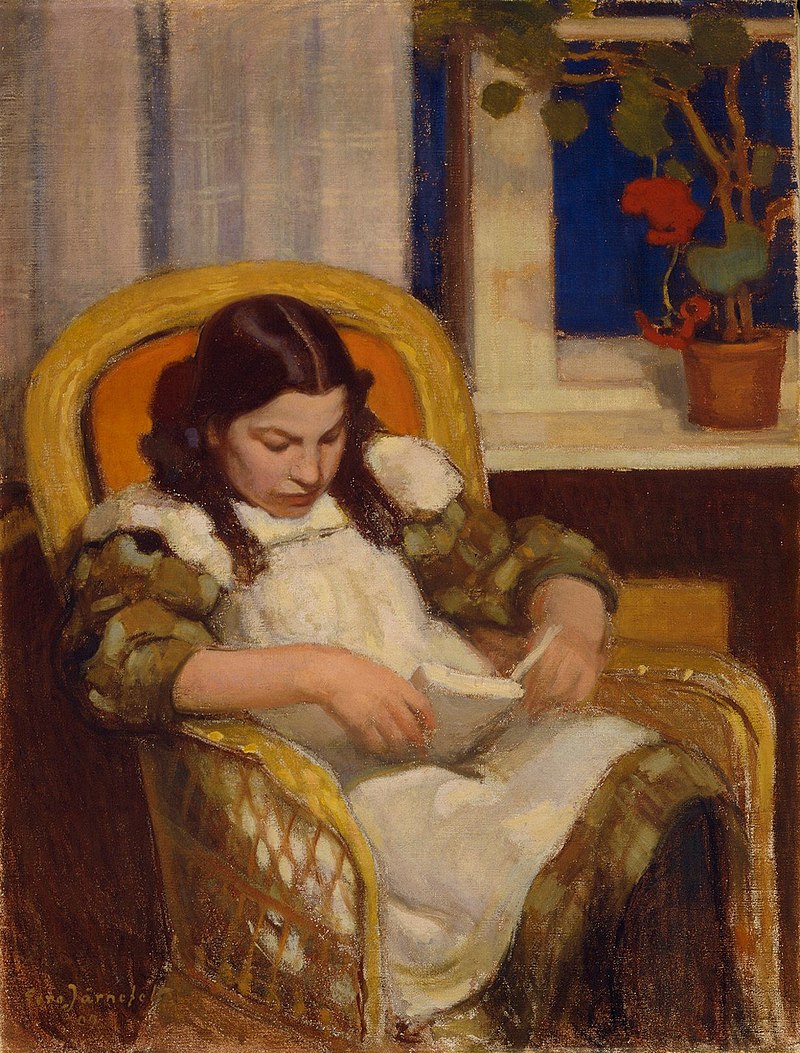 I wrote a little (well, honestly, quite a bit actually) about the theme of Divine Mercy in Quo Vadis here. And I think that’s all I have to say for now, though this is one of those novels that I can tell is going to stick with me for a long time.

The fourth of Sutcliff’s Roman Britain novels that follow the Aquila family through the generations via the device of the dolphin ring. In this novel Alexios is a soldier who makes a grave mistake when in charge of a garrison at a fort on the Danube. He returns to Britain in disgrace and is given one last chance as commander of the Frontier Wolves, a scout regiment at an outpost on the far side of Hadrian’s wall in modern-day Scotland.

Alexios soon finds his feet in the Frontier Wolves, a band of misfits who overlook his past mistakes because they all have a past. He befriends the son of a local tribal chief. But eventually outside forces drop him into new conflicts.   This isn’t one of my favorite of Sutcliff’s Roman Britain novels, but it was a good read.

Set in Burma. 15 year old Chiko’s father is in prison for defying the government. Chiko is tired of hiding at home with his mother, not even able to help support her and when he sees an ad for teacher test he decides to go for it. He knows how to read and write in Burmese and English because his father, who is a doctor who studied in Britain, has taught him. But it’s a trap and he is forcibly conscripted as a soldier.

Chiko is taken to a training camp in the jungle where he makes friends with a street boy, Tai. Chiko teaches Tai to read and write, Tai teaches him to fight and survive. Chiko is chosen for a mission into the jungle, chasing the tribal Karenni people who are being killed and driven out of their homes by the Burmese army. Chiko is wounded and saved by a Karenni boy named Tu Reh.

The second part of the book is from the point of view of Tu Reh who is very conflicted about saving a Burmese soldier. But his father wants him to learn mercy and to overcome his hatred with compassion. The Karenni take Chiko to a refugee camp just over the Thai border where a Karenni doctor saves his leg. While there Chiko reads a copy of The Lord of the Rings that a missionary has left behind at the camp school. He receives a prosthetic leg and is eventually helped to return to his home where Chiko finds that his friend Tai has taken refuge with his mother and also learns that his father is being released from prison.

This was a really beautiful story about mercy and forgiveness and survival. I learned about the Burmese civil war and the plight of the Karenni people. Appropriate for mature middle schoolers. There is some violence and death, characters who are beaten, imprisoned, people who die in an explosion. But nothing is very graphic and a less sensitive child will be able to handle it.

The second in the Thrawn prequels, set in the Chiss Ascendency in the time before the first Thrawn trilogy. This book feels very much like the middle book of a trilogy. I spent much of trying to remember the people and battles from the first book— who were the Vagaari? Who were the Paataatus? When and where was this or that battle? Much of the narrative wasn’t about Thrawn at all but about the machinations of some aliens who are trying to infiltrate Chiss culture for the purposes of manipulation and satire — and I didn’t find them that compelling and I kept wanting to get back to Thrawn. Though I did like the continued exploration of the Chiss politics and the Nine Ruling Famlies and the Forty Great Families. Of course you can’t really explore political machinations directly through the character of Thrawn because Thrawn, though a brilliant military strategist and tactician, is peculiarly blind to politics. But I can see where this novel is probably setting up the conflicts and dynamics of the third book. Which I am eagerly awaiting this fall.

Started as a Lenten read and then finished the final chapter about Easter during the Easter season. There were parts of the book that touched me deeply and I’m definitely going to re-read it. The final part wasn’t really connecting for me, but maybe that’s more about me than about the book. What I really liked was that Fr Benson explores friendship with Christ as more than just an interior experience. Rather, he lays out the many many ways that Jesus calls us into relationship with himself: in his Real Presence in the Blessed sacrament, in his Church, in his saints, in his priests, in laypeople, in sinners, in the poor, in those who suffer, in the sinner, in our work and in our recreation and in the natural world. Christ is truly all in all and unless we can find him in all of these places we know him only partially and are still not truly friends with the whole of Christ. I think this might be a very helpful book to assign to high schoolers, so I might be adding it to the reading list.

Making Progress: The History of Black Catholics in the United States by Cyprian Davis, OSB

Father Davis was a Benedictine monk at St Meinrad’s Archabbey and a professor of Church history, a founding member of the National Black Catholic Clergy Caucus and author of many articles on Black Catholic history and black spirituality and of a high school textbook on church history. Father Cyprian was a convert to Catholicism and the first African American to join the monastic community of St Meinrad’s.

The book begins with a brief overview of Black Catholics in Africa and Europe, as a means of contextualizing the US African Catholic experience, and then traces the history of Black Catholics in the United States from the time of the earliest Spanish explorers and missionaries through the Civil Rights movement of the 60s. It examines both the Church’s complicity with slavery and racism and its fight against slavery and discrimination. It tells about the first black religious and priests in this country and prominent Black lay men and women and about those who will hopefully become first African American saints from the United States.

This book is very well researched. It has pages of notes, a very thorough bibliography, and a helpful index. While it was published in 1990 and so does not cover the most recent decades, and so misses out on figures such as Servant of God Julia Greely whose cause for canonization was opened in 2016, and Servant of God Sister Thea Bowman, whose cause was opened in 2018, it is a thorough book.

This is also very much a living book. Father Cyprian writes as a Catholic religious who loves his Church and as a Black man who is pained by the Church’s historic complicity with slavery but hopeful for its future and inspired by those Black Catholics of the past who “obstinately clung to a faith that gave them sustenance, even when it did not always make them welcome.” He praises them for making the Catholic Church stronger. His voice is clear and passionate and fair. I love how he points out that we cannot know the heart of another person, even while he wonders what someone might have been thinking and feeling— he never jumps to rash judgement or mind reading but is unfailingly charitable.   I’ve read the first chapter and skimmed much of the rest of the book. I look forward to reading it more thoroughly in coming months.