it’s been a long time since I wrote a bloggity blog post, stream of consciousness, what’s going on right now, chatty sort of post. Life hasn’t lent itself to that lately, I guess?  Today, though, I’m feeling chatty. It’s Ben’s eleventh birthday and that in itself is something to note and think about, worth putting virtual pen to virtual paper as it were.

I t was a pretty low- key day. I slept in— I took this week as a school vacation week and have been staying up too late and sleeping in. But eventually I was rousted out of bed to witness The Opening of The Presents. Ben got two Star Wars t-shirts, one from us and one from grandparents. One has The Child/ aka Baby Yoda and the other has a Mandalorian helmet. He got a Mandalorian Lego kit, a brace of super-soaker-type water guns (five so all the kids can have at it, but Ben’s is a Star Wars one and the others are more generic). A bunch of books, of course. And a woodcarving kit too.

He requested a special cake from Konditor Meister, a German bakery that specializes in fancy cakes and pastries and wedding cakes, and even though they aren’t cheap, we decided to indulge him. I took him with me to pick out a cake— a very rare outing, his first time into a store since the beginning of the year. He wore his camouflage bandana-mask, which he hates wearing but we are trying to help him acclimate to. And he was so very happy to have been able to go. I got him a pastry to eat right away and he devoured it on the way home.
We usually school lightly all summer, but are taking this week off. I had several telehealth intake appointments for various children who need various services and that combined with Ben’s birthday and a general post July 4th sense of lethargy convinced me that we needed a break.

I’m thinking of extending it to next week as well. I’m enjoying the feeling of being lazy. And everyone’s been making good progress this summer after a terrible fall and a rocky spring. Bella’s taking a zoom Shakespeare class, reading the Tempest and acting out scenes. She’s also doing an astronomy merit badge and is out most clear nights using an app to help her identify starts. She’s getting pretty good at eyeballing them too without the app.

We’ve got a garden growing this year and little cucumbers and zucchini and tomatoes are growing. And the sugar snap peas are blooming and it’s lovely. Today I took a nap in the hammock under the maple trees.  Our dryer died today— it’s twelve years old and we’ve seen it coming for a while. But of course I had a load of wet things that didn’t get dry and a load of blankets and towels in the washer too. But we rigged some clotheslines and it was a hot day and everything dried. The new drier will hopefully arrive next week.

We thoroughly enjoyed watching Hamilton on Disney Plus. And I got excited all over again and started binging on Hamilton cast Zoom interviews on You Tube. And I’ve also been trying to catch up on Star Wars Rebels and Clone Wars so the kids can talk about them with me. 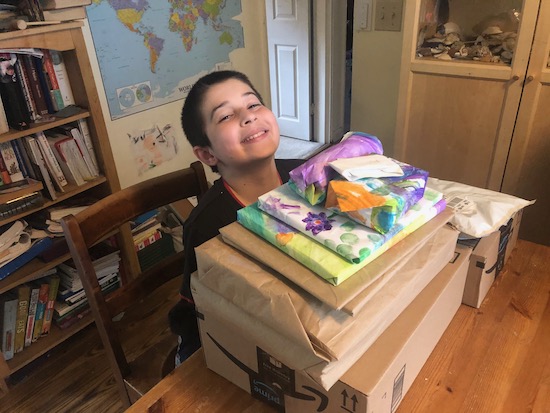 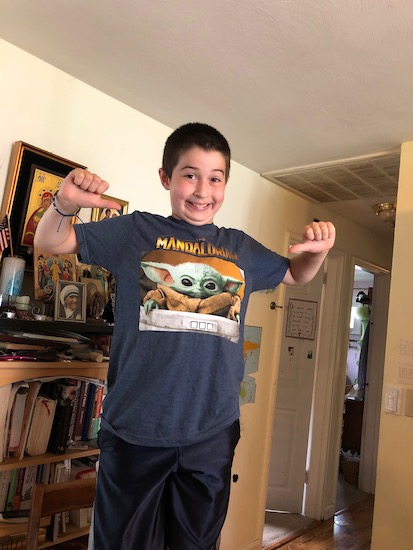 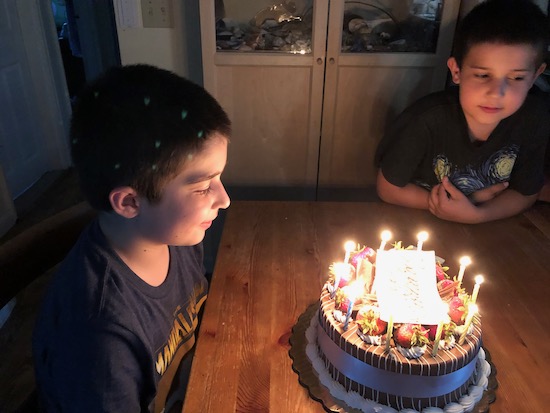 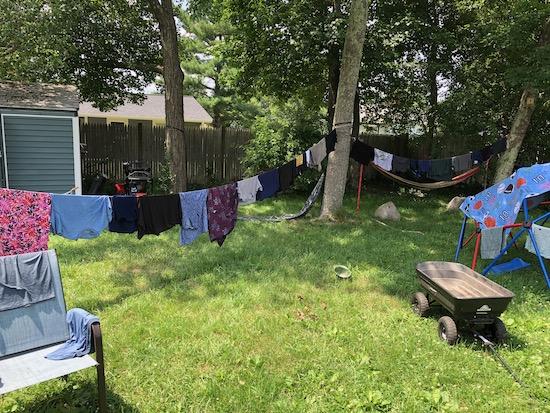 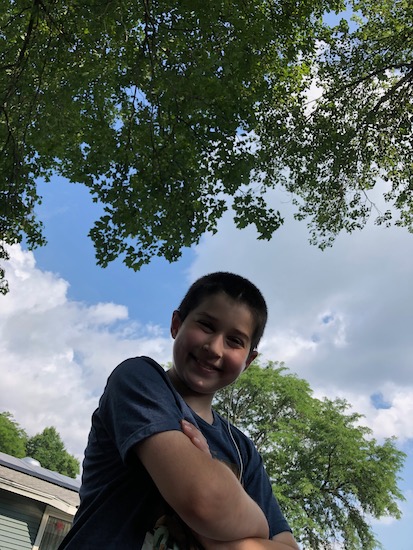 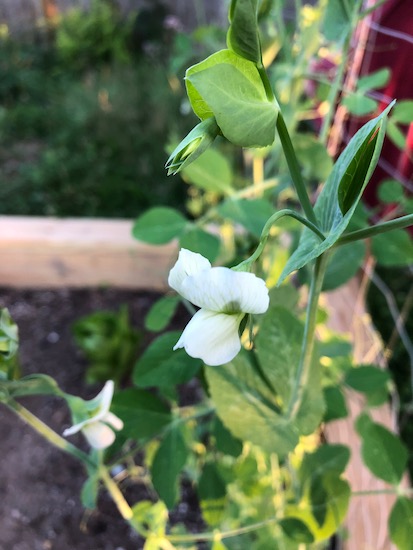 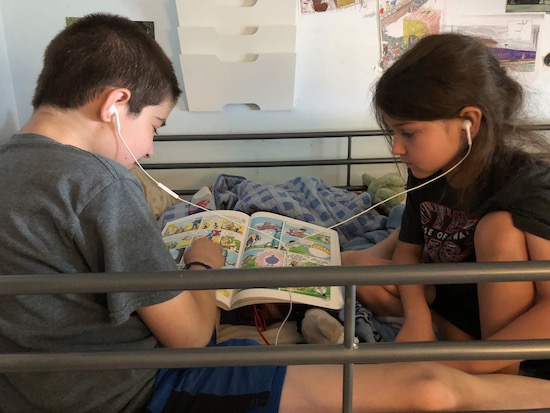 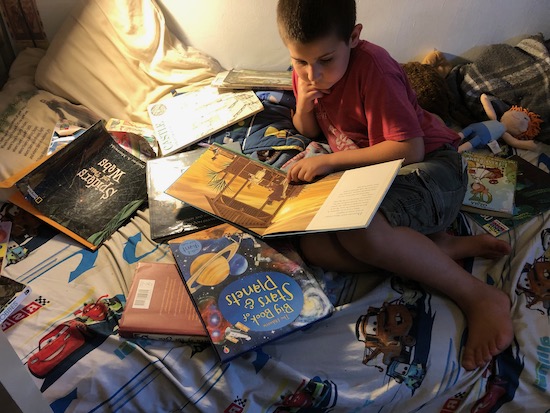 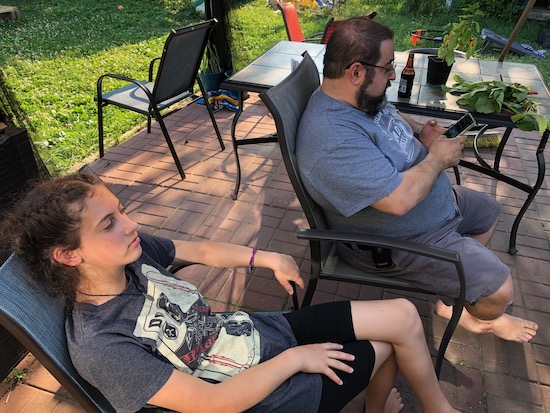 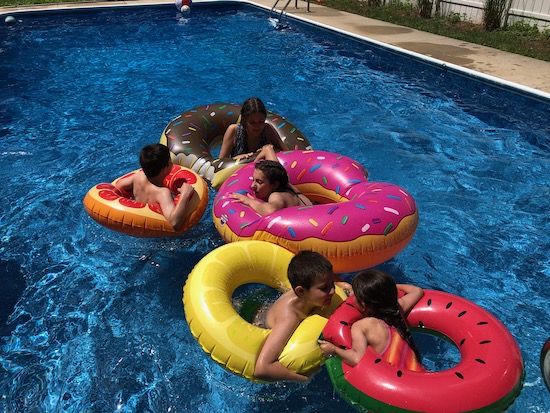 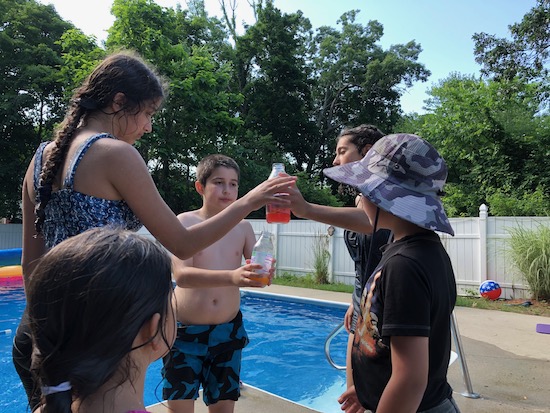 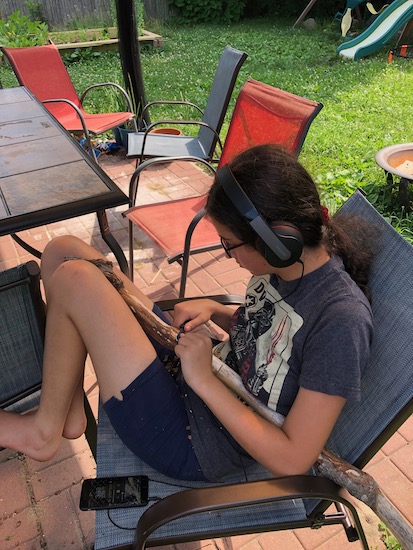