By Melanie Bettinelli on March 9, 2020 in Uncategorized 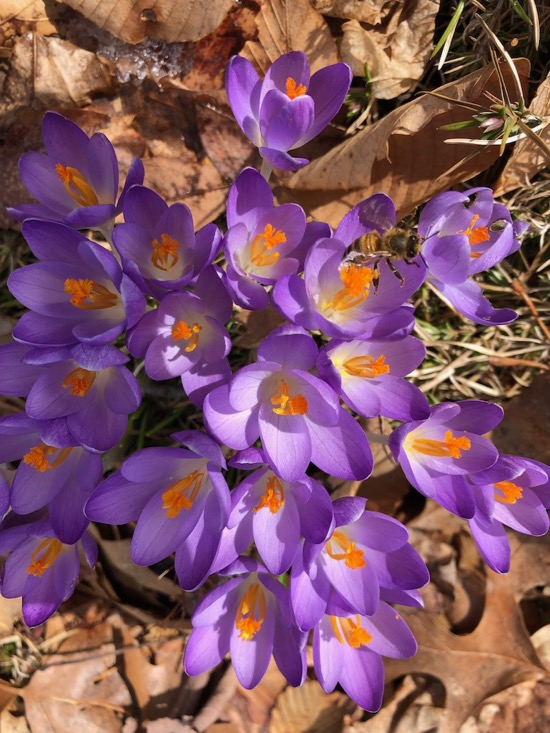 Ok Sunday night brain dump: what we did this weekend.

On Saturday Bella got up early and went to a BSA workshop: “Merit Badge University” where counselors work with scouts to help them complete requirements for merit badges they are working on. She’s working on three badges: cooking, art, and nature. She was there for most of the day and had a great time.

While she was away, I got busy in the kitchen. I made a double batch of pumpkin muffins, adapting my almond flour recipe for them. They were absolutely lovely. I also made a big batch of cranberry-orange granola, our household’s staple.

Saturday morning we woke to find that though Friday had felt like spring, we’d had snow and ice overnight. Ben and I went for a short walk that was really more a slide– the sidewalks and street were really icy.

I also washed Lucy’s hair and made everyone take their weekly bath. Sigh. One bathroom for seven people means daily baths really are a logistically difficult if not impossible goal. So, once a week is what we aim for.

Saturday night we had rice bowls with leftover pork chop and chicken. The kids love this make-your-own meal which we serve with a dozen or so little bowls of chopped vegetables for toppings: avocado, carrot, radish, celery, cucumber, bell pepper, romaine, cilantro, mint, pickled cabbage, scallions, and furikake. Every kid likes his or her own particular mix. But everyone eats at least some of the vegetables.

I wanted to get everyone to bed early. But installing the new dishwasher seemed to have broken a fitting under the sink. Luckily when Dom asked for a recommendation for a plumber… a local scout dad, the cub master in fact, volunteered to come over and help. He went to Home Depot, got the part, and fixed the problem for us. I am so very grateful for the amazing community we’ve found in the scout troop. But… the repair job pushed back dinner and bedtime and that concerned me because I knew we were going to lose an hour. 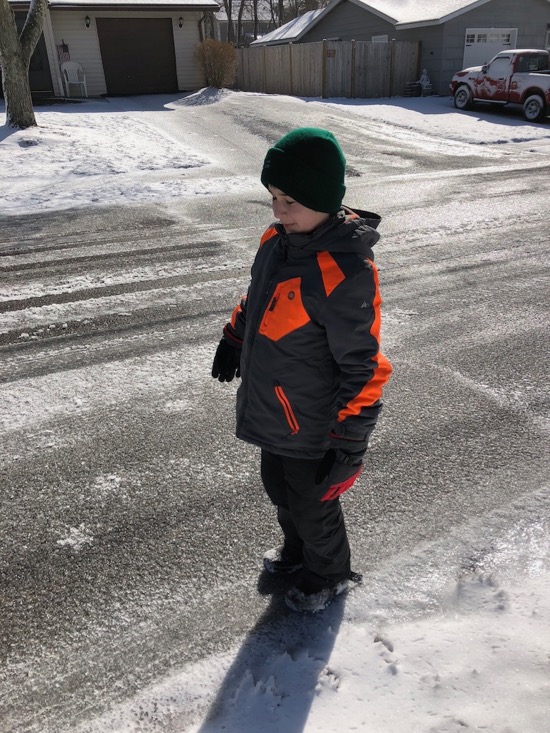 Ben sliding on the icy street. 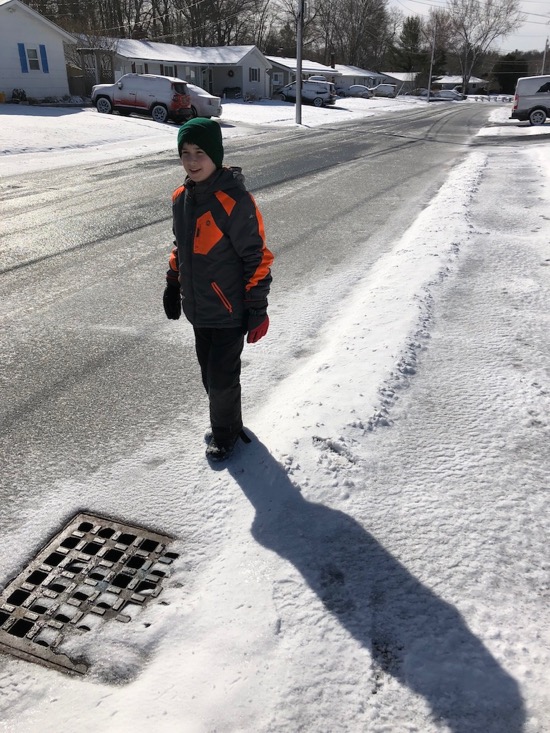 Ben in the snow. 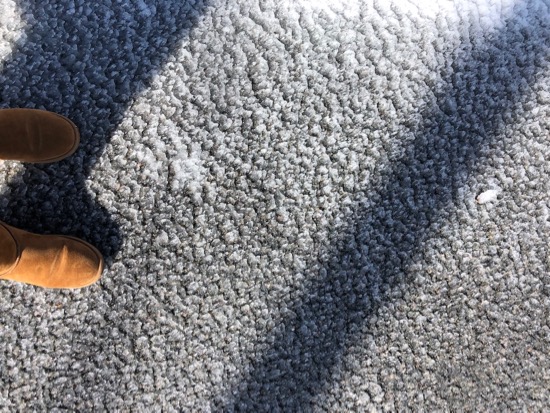 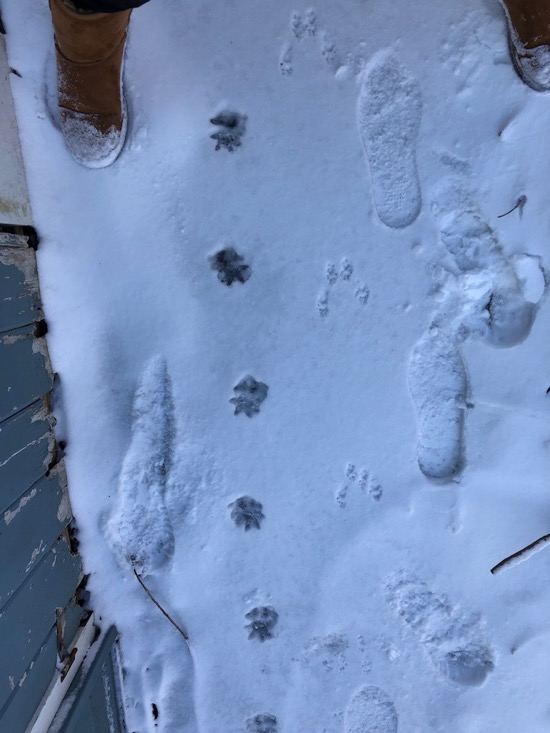 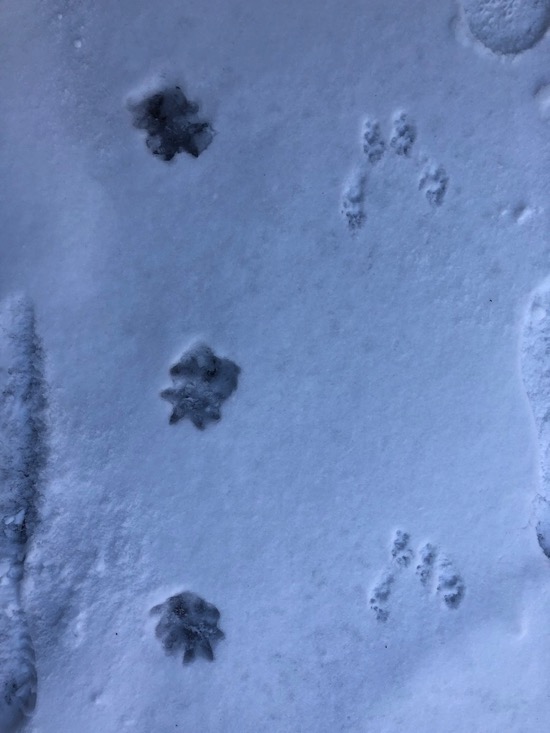 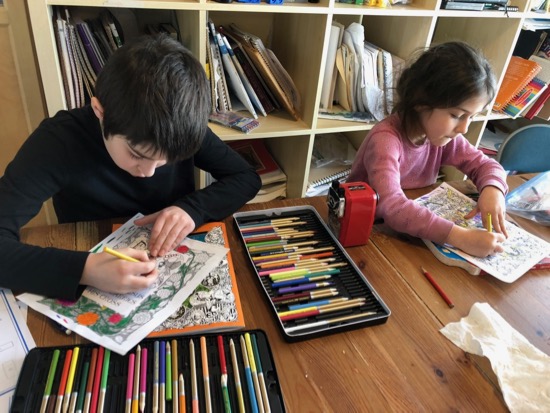 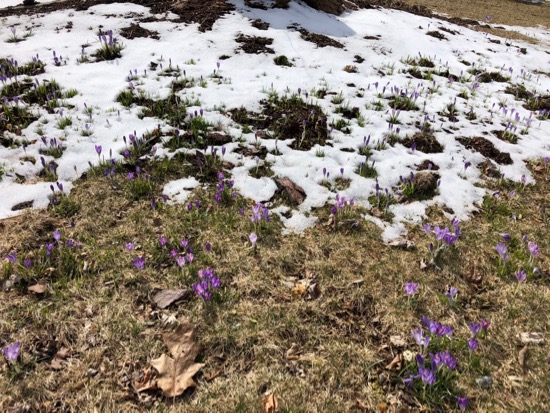 Crocuses in the snow.

On Sunday I was really worried we’d never make it to 8am Mass what with the time change and late bedtime and all. But somehow we did it. All the kids got up and got dressed and we were there in time for Ben and Bella to serve Mass. It was even quieter than usual, the crowd sparser– probably because of the time change.

We came home and everyone ate a pumpkin muffin while Dom made pancakes– a very decadent Sunday brunch. Dom and I did our Sunday crossword puzzle, we each get a copy and race to see who can finish first. After pancakes, the kids tidied up the living room and the boys’ room in order to earn some screen time. They watched episodes of both Star Wars Rebels and Clone Wars. Then then went outside to play.

I took a nice long walk with Anthony, just the two of us. We went to one of the kids’ favorite places, the In-Between-Place. A cut through where the town originally intended a road joining two neighborhoods but the neighbors complained it would increase traffic of people cutting through so it was never completed. We also looped through a neighborhood we’d never walked through, which was fun.

I took a brief nap, nodding over my current novel, Eifelheim. Then the three younger scouts had their Pinewood Derby race in the late afternoon. It was a long, loud afternoon. But Anthony came in third place and Ben was 8th. Everyone had pizza and cake and came home utterly exhausted. You know everyone is an introvert here because all five kids went to hide in their rooms. I found two boys hiding under blankets in their bunks one with a Kindle and one with an audiobook, and the big girls reading in their beds. I fed everyone a snack because the pizza wasn’t quite enough. Then early to bed– well not all that early, everyone dragged their feet because it didn’t feel that late. Still, at least it wasn’t too late.

And I’m tired but not sleepy. Enjoying the quiet of the house after everyone is in bed. Wishing that we don’t have to do school tomorrow. Actually wondering if it wouldn’t be best to just skip it since the kids are bound to be jet-lagged and cranky with the time change and all the social out of the house in noisy places stuff. But I guess I’ll make that call in the morning. 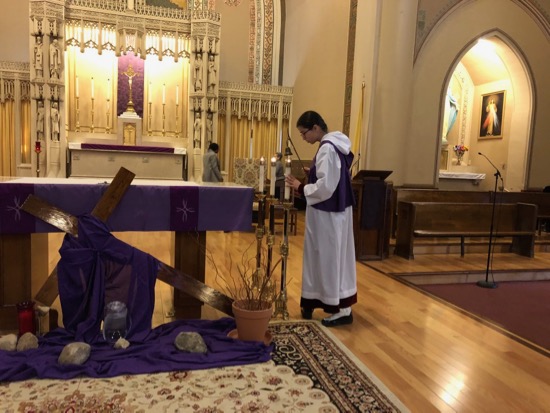 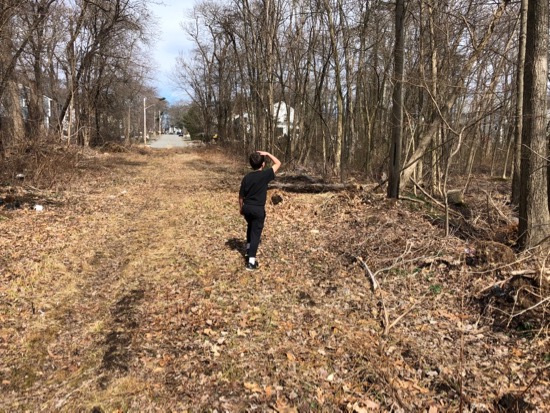 In the In Between Place. 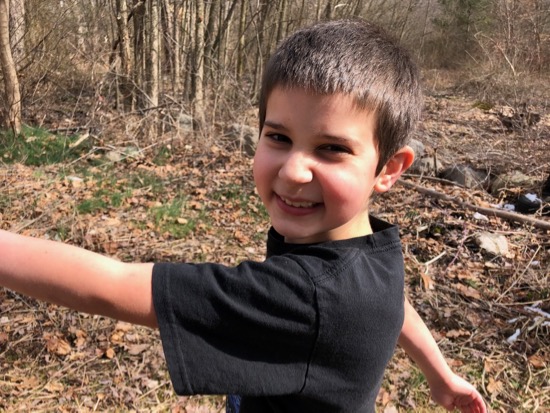 As the Snow Flies
Hunkering Down in time of Quarantine?