Tim and Amber accompanied us to the Blanton Art Museum at the University of Texas, a museum I didn’t even know existed. First we had lunch at our family’s favorite burger joint, Top Notch. Then a whirl through European art and American art exhibits. A small collection, but a nice chronological presentation. Actually fairly perfect as an overview of historical periods. We didn’t see everything, of course, because kids can only take so much; missed Mexican American art and several others. Still, it was a lovely outing. My brother is an artist and going to museums with him is a treat. 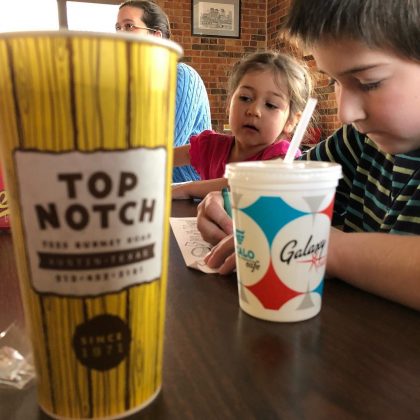 I got to meet one of my dearest online friends, Rebecca the Geek Lady. We’ve read each other’s blogs for years and my sister has stayed with her; but this was our first face to face meeting. (And also did I mention her three beautiful boys?) We walked to the park and they stayed for dinner cooked by my dad. The visit wasn’t nearly long enough, but it was a great joy. 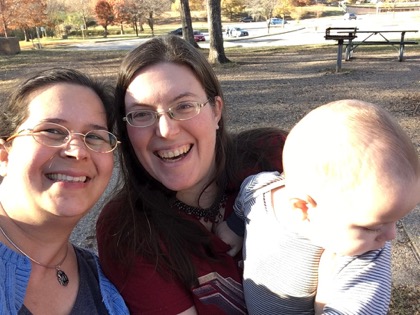 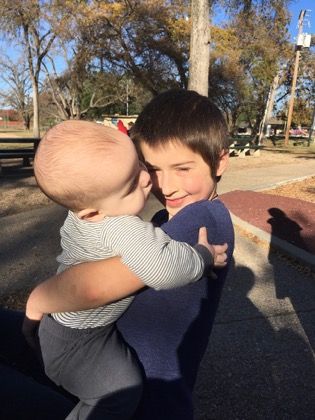 My parents’ 50th anniversary. We went shopping in the morning. Sophie’s backpack had broken and we needed to replace it. Had lunch at Chick Fil-A, which the kids had never been to. It wasn’t as good as I remembered, but it was fun.

In the afternoon we had a special Mass and renewal of vows. Very small, just my Aunt and Uncle Dan (Dad’s brother and his wife), my brother Tim and sister Theresa, and a handful of members of my dad’s secular Carmelite community. Then a reception at the house, cheese and crackers and chocolates, followed by BBQ. It was very lovely to see my aunt and uncle, both my brothers, to finally meet my brother, Stephen’s girlfriend face to face. 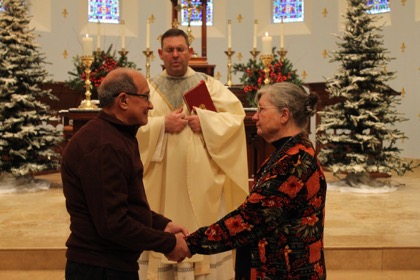 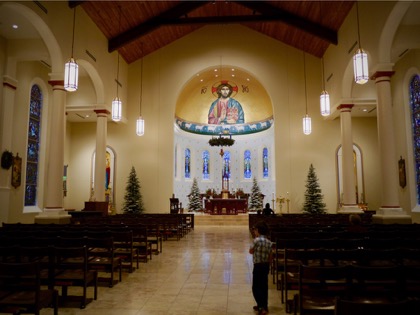 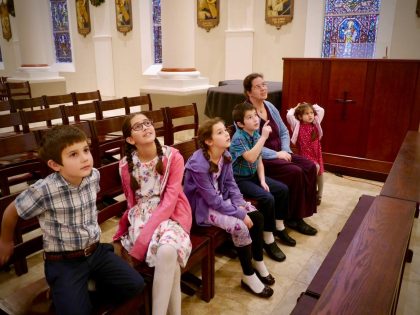 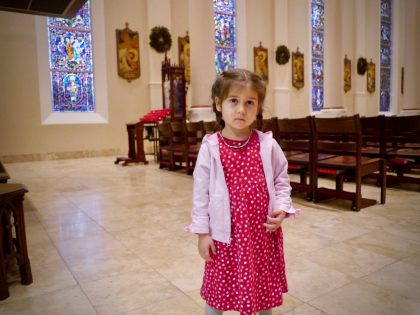 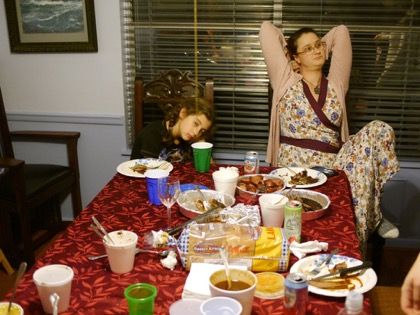 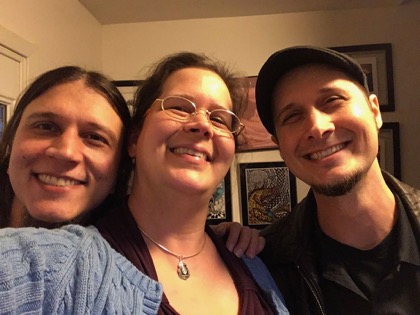 Mass in the morning. Went for Amy’s ice cream with Theresa, Tim, and Amber and then took the kids to the book store to get some plane reading. After we got back to the house I went grocery shopping at Central Market with Mom and Sophie and after that I made a salmon dinner for everyone. 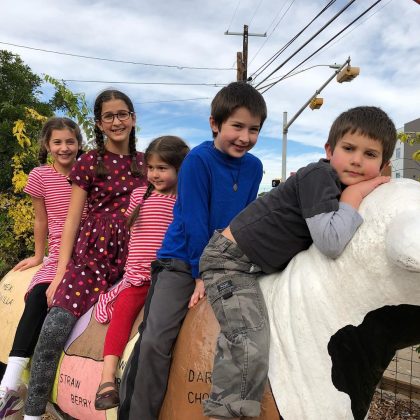 I spent the day reading in bed mostly, a little stomach bug hit me and I was not feeling great at all. A little worried about flying while sick. Turned out that wasn’t an issue. It was a short bug. (Sadly, there were other issues.)

Lucy woke us up at 4:30, she walked into our room crying and coughing. I picked her up and she was running a fever. I gave her a couple puffs from her inhaler and it stilled the coughing and she was able to fall asleep. I spent the rest of the night alternating between worried anxiety and anxious dreams. But by morning she seemed much better. We finished packing, rounded up the kids, and were on our way to the airport in plenty of time. Delay in security because Anthony forgot to empty his water bottle in his backpack. So Dom got to go through security twice.  We grabbed lunch at the airport (this was not a great idea as the lines were long and the crowds were thick and no one got what they really wanted) and our plane took off around noon. It was another very, very long day. Changed planes in Houston, then a long ride to Boston. The kids handled it pretty well, they knew better what to expect and we shuffled the seating arrangements from what they had been on the way down. Bella sat with Lucy, which was a genius move as Bella loves mothering Lucy and I didn’t have the constant Lucy needing attention next to me. (Though Lucy slept for a good chunk of the plane ride). I sat with Sophie and Ben, which was also good as they both were needing to be close to me, but they were able to entertain each other. Anthony, Daddy’s boy, sat with Dom and was happy.

We finally got home around 8pm. My ear was clogged completely, I was exhausted and feeling pretty wretchedly sick, but it was good to finally be home after all the worry about Lucy being too sick to fly. The first thing Anthony did when we got home after a long day of travel, before he even took off his coat, was to sit down and play with his legos. 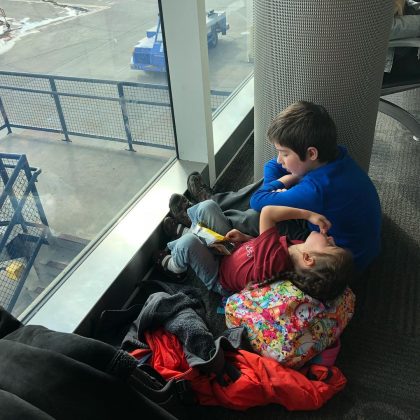 We spent the rest of the week recovering. Got a Christmas tree, finished decorating. I was limping along but by Saturday went to urgent care with bronchitis.