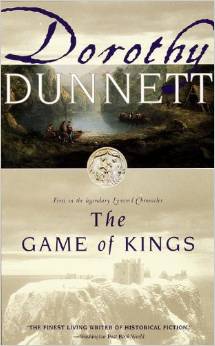 Halfway through April and I’m finally getting to write up some thoughts on March’s reading. In this post I’ve only included books I’ve finished. There were quite a few other books that I picked up and put down and made no headway on. I have nothing to say about them at this time, so I’m ignoring them for now.

St Jude is the patron of hopeless causes. The Holbein ballet company certainly seems a hopeless cause. Everything is going wrong. An interesting look at the inside of the ballet world. Not as much one of my favorites among Godden’s works because it seems very unfocused. Can’t quite decide which story to tell and flits from one to another. But it’s the kind of story that will stick with me and that I’ll want to re-read.

2. Harry Potter and the Methods of Rationality, an online fanfic by Eliezer Yudkowsky

Some of my friends kept mentioning this book on Facebook. I’m really not at all interested in reading fanfic, but my curiosity finally got the better of me. I was at first drawn in by the concept: what if Harry had been raised by a loving aunt and uncle? In this alternate reality Lily Evans cast a spell on her sister Petunia that made Petunia beautiful. Then Petunia married a scientist and they adopted Harry and raised him as a nerd. Next, I enjoyed the way the author addresses the many inconsistencies in the original HP novels. The critique of Quiddich, for example, was spot on:

“So let me get this straight,” Harry said as it seemed that Ron’s explanation (with associated hand gestures) was winding down. “Catching the Snitch is worth one hundred and fifty points? ”

“How many ten-point goals does one side usually score not counting the Snitch?”

“That’s just wrong. That violates every possible rule of game design. Look, the rest of this game sounds like it might make sense, sort of, for a sport I mean, but you’re basically saying that catching the Snitch overwhelms almost any ordinary point spread. The two Seekers are up there flying around looking for the Snitch and usually not interacting with anyone else, spotting the Snitch first is going to be mostly luck -”

“It’s not luck!” protested Ron. “You’ve got to keep your eyes moving in the right pattern -”

“That’s not interactive, there’s no back-and-forth with the other player and how much fun is it to watch someone incredibly good at moving their eyes? And then whichever Seeker gets lucky swoops in and grabs the Snitch and makes everyone else’s work moot. It’s like someone took a real game and grafted on this pointless extra position so that you could be the Most Important Player without needing to really get involved or learn the rest of it. Who was the first Seeker, the King’s idiot son who wanted to play Quidditch but couldn’t understand the rules?” Actually, now that Harry thought about it, that seemed like a surprisingly good hypothesis. Put him on a broomstick and tell him to catch the shiny thing…

Ron’s face pulled into a scowl. “If you don’t like Quidditch, you don’t have to make fun of it!”

“If you can’t criticise, you can’t optimise. I’m suggesting how to improve the game. And it’s very simple. Get rid of the Snitch.”

Even though at times the emphasis on rationality was a little annoying, especially the materialist rejection of the idea of an afterlife, I didn’t feel that the author excluded the possibility that his Harry is wrong. I mean it seems pretty clear the author believes as Harry does, but so do plenty of other people. Nonetheless Dumbledore and other characters in the novel do believe in an afterlife.

The last enemy to be defeated is death. The character of Harry James Potter-Evans-Verres shares the modernist materialist secularist view that death is the ultimate enemy. Death not sin. So it’s wrong as much as it is right. Death is surely an enemy and yet Harry can never be the messiah who will overcome death. But the character is limited by reality and the shortcomings of his worldview are apparent. And yet I think the critique of Rowling’s world is a good one. Especially the critique of a society that accepts Azkaban and Dementors as a necessary evil.

I read this novel obsessively for the better part of two weeks. To be honest, it really ate into my Lenten discipline. I never could settle on a spiritual reading that I liked and so I drifted off to reading this fiction that I couldn’t put down.

It’s a book I feel I still want to process. I’d love to find people to chat about it with.

3. The Game of Kings

The first in the Lymond Chronicles, my favorite historical fiction. Dunnett is a master story teller and Francis Crawford of Lymond is a brilliant creation, one of my favorite literary figures of all time.

I first read the Lymond Chronicles when I was home sick recuperating from a job so stressful that I decided to just call and quit because I couldn’t face going back to work. Was my decision fueled in part by my inability to put down the books? Perhaps. I certainly didn’t do anything to look for a job until I’d finished the series. Just lay in bed reading all day and late into the night with breaks for meals and hanging out with the roommates.

In this first novel, set during the childhood of Mary, Queen of Scots, when England is ruled by the boy-king Edward, the son of Henry VIII, Scotland is at war with England because the English want to seize the Scottish queen and forcibly marry her off to their king and thus unite the two realms. The Scots, however, aren’t thrilled with the idea. At least some of them aren’t. Some of them are quite willing to play both sides and some are actively working for the English. The question is, what is the ultimate loyalty of our hero, Francis Crawford, the Master of Culter, the second son of a minor Scots noble? He’s been accused of treason against the Scottish crown. He’s also accused of terrible war crimes. Is he a hero or an anti-hero? It’s easy to spend most of the novel on the fence about that question.

One of the things I love best about these books is that our omniscient narrator almost never gives us a peek into Lymond’s head. We see him instead through the kaleidoscope view of all the people around him, whose understanding of him might be limited by personal history, by strong emotions, by incomplete information, and perhaps by not being quite as smart as Lymond is.

For Lymond is brilliant. A genius. A true Renaissance man, in both senses of the word. First, he is an accomplished musician, a brilliant swordsman, a charismatic leader of men, a polyglot. Very well educated, he constantly quotes poetry and literature in many different tongues. Dunnett provides no translation or glosses for these snippets. (Though there is a Dorothy Dunnett Companion which will provide those if you want to invest in it.) Don’t worry, he’s far from flawless and he’s not insufferably insipid as this list might imply. Second, Lymond is also a political mover and shaker in the world of Renaissance Europe. He might have the power to influence the fate of more than one nation. Will he use that power for good or ill? If you want to immerse yourself in Renaissance politics and culture, these books are delightful. This is a delightful romp through history, but Dunnett is not a storyteller who coddles her reader. Important details are often hidden in plain view. On almost every page I have a nagging feeling I’m missing an important subtext, even on this my third re-read. These aren’t easy books, but they are so very, very worth the effort.

These are the kind of books I want to go back and re-read immediately when I finish the series because now I finally see how it all fits together. Or perhaps I could see if I re-read them because I think I missed a few things the first go round. Or the second. But they’re pretty massive, so that re-read is also a daunting task. I’ve been planning this re-read for several years, waiting until I didn’t have a nursing infant waking me up at all hours of the night.

I feel like the grandfather in The Princess Bride. This book has everything: archery, fencing, disguises, amnesia, drunken carousing, wild midnight border skirmishes, cattle raids, fair maidens in distress, brilliant double and triple crosses, true love, blackmail, all-night card games where death is on the line.