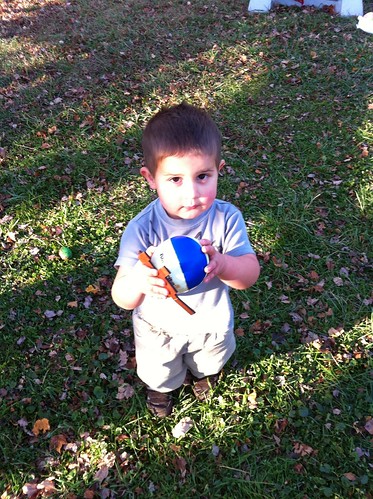 I’ve been so busy I haven’t had time to write of late. This post is now more than a week old. Time to just publish it already, even if I don’t have the links.

Now that I have finished reading her The Chronicles of Narnia

, Bella has embarked on listening to all the audiobooks. So far she’s listened to the first three. we wrapped up The Voyage of the Dawn Treader on Saturday morning (with Dom sitting in the car for several minutes after we got to the coffee shop because he wanted to hear the ending too.) The productions are really good and I love listening to them too. Sophie, Ben, and Anthony generally like them, though sometimes Sophie gets into a contrary mood and decides she doesn’t want them on.

Bella and I recently finished A Little Princess

and the Saint Francis of the Seven Seas

, so far. I was pretty sure she would. It’s the kind of adventure that appeals to her. Sophie claims not to like it, but I note her listening intently and sometimes she even comments on the story as when she said she thought the water witch was going to kill Beowulf. Oh you were listening, weren’t you. 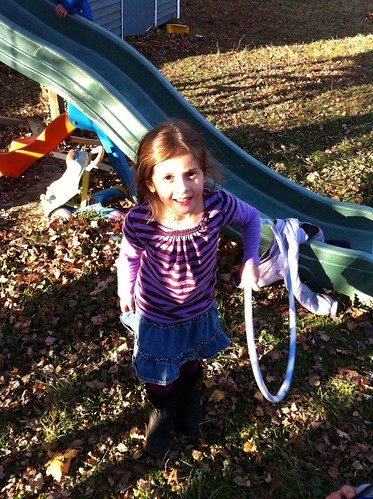 and Padraic Colum’s The Golden Fleece

. My policy on those is I wait for Bella to bring them up. She does on average about once a week, setting a pretty reasonable schedule. Really she is one motivated kid. I don’t have to worry about covering history as long as I remember to pick up books from the library, a gentle prompting is the most she needs. I do need to pick up on science again, I’ve been letting it slide.

At Ben’s prompting we got out the Mass kit again last week. Bella has been paying attention at Mass and was really on top of everything. Sophie and Ben are getting into it, though he isn’t so patient with all the talking about the names of things. 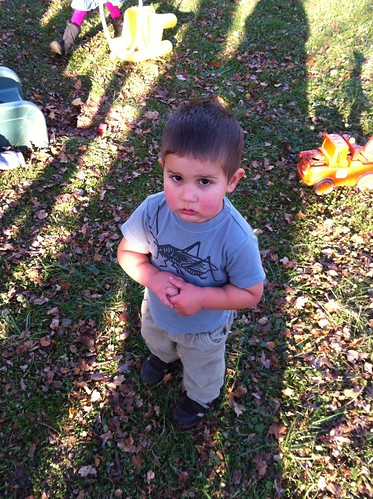 . We’re getting there. Bella probably could read them, but doesn’t want to be bothered. Getting Bella to practice reading is like pulling teeth. She finds the practice boring and she’d rather listen to me read to her. Not that I can really blame her. Beowulf is much more interesting than Bob.

But I’ve found a carrot. My dad sent Bella his old iPod mini and we’ve loaded it with music and the audiobooks of the Chronicles of Narnia. It occurred to me that I could make listening to Narnia contingent on finishing her school work. So now I’ve drawn up new rule for iPod and iPad use. (And in retrospect I’m astonished this never occurred to me before.) The girls have to have done math, reading practice, and handwriting, as well as the day’s read alouds. Both girls and boys must have tidied up the toys they were playing with and do a small chore of Mama’s choice. Today we go through lessons amazingly well and Sophie unloaded the dishwasher for me. (All but the stuff that goes in cupboards she can’t reach, which is still more than half.) The hardest part of this rule is really on me– remembering to follow through. I can foresee days when I’ll be too tired or preoccupied with the baby to remember to enforce them. Especially if I want to deploy the technology as a distraction so I can get things done. So we’ll see how that works. 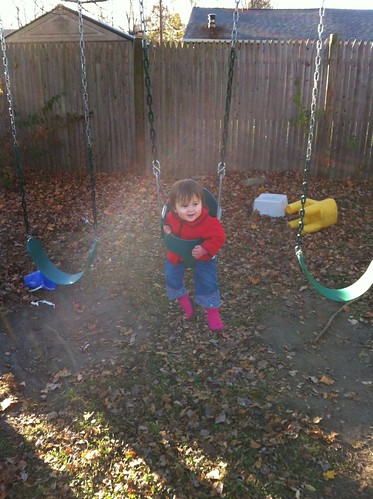 Recently Bella was pretending to be a Roman slave girl who was sent on an errand by her kind master to warn neighbors about an invading army. She was also sending back reports on the enemy’s location and numbers.

Then there was the evening when I was making dinner and I heard Bella Sophie and Ben bouncing on the couch and yelling out names from the Iliad, Odyssey, and other Greek myths on each bounce. They later switched to yelling out the characters in Narnia stories. Who needs to assign quizzes and reading comprehension exercises? Bella has her own ways of letting me know she’s processing what she’s been reading. 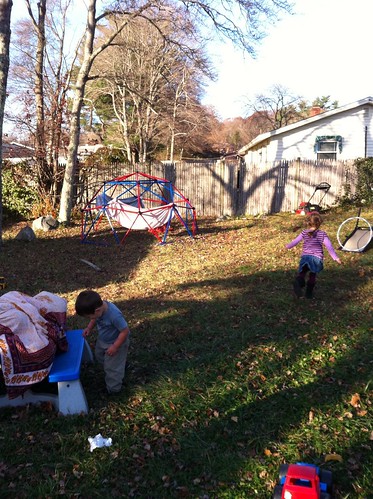 that we checked out from the library months ago. She just adores those books. I read her a page or two every few days. In between she flips through it and tells herself stories. I especially love when she and Sophie use the book to play make believe. Pretending to put on the jewelry pictured or using the implements or serving the feast. I know Bella is learning all this stuff by heart because she has a reason to make connection with the material: she uses it to play her imaginative games, to create personas and worlds for herself to dwell in. Is she going to write amazing historical fiction when she’s older? 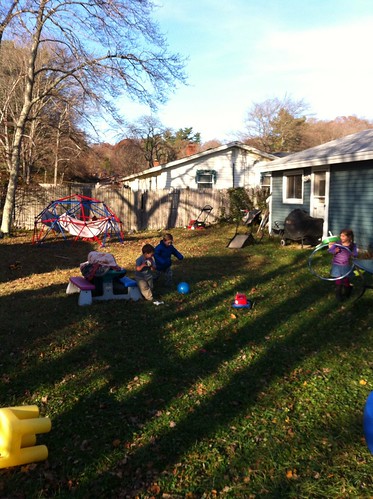 After a five month hiatus doing some games, picture books, Life of Fred, Miquon Math, we’re slowly going back to doing some lessons out of the Saxon book. Bella said it was like going back home after visiting a lot of different places. This time I’m not trying to do each day’s lesson as laid out in Saxon’s lesson plans. Instead I’m keeping her lessons short, about ten or fifteen minutes long. And mixing them up with some of the Miquon and other manipulatives. We might move at a glacial pace, but forward motion is happening. I think we might ease over that wall we hit and then keep going. I think for Bella the secret is keeping the frustration to a minimum by not trying to do everything, keeping the stuff she must write to manageable levels.

Sophie is loving her Saxon K book. I’m supplementing her lessons a bit with the Miquon too. And I was surprised this week when Anthony counted to ten. And then to 12. No, he can’t count objects at all. But he can recite the numbers in the correct order. And after ten he gets quite a few of them right. He’s also really good on colors and shapes. 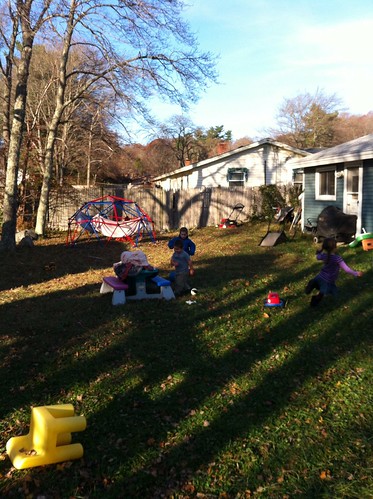 Photos: An unusually warm November. We’ve been outside quite a bit, running off all that extra energy.