I suggested the kids decorate paper bag to use for trick-or-treating. I was thinking happy Jack O’Lanterns. I was rather surprised to find the kids all getting into the fun of making the scariest pictures they could. Bella made a scary witch and ghost, so did Sophie. Ben asked me to draw him a witch and a pumpkin. I also made a pumpkin bag for Anthony. 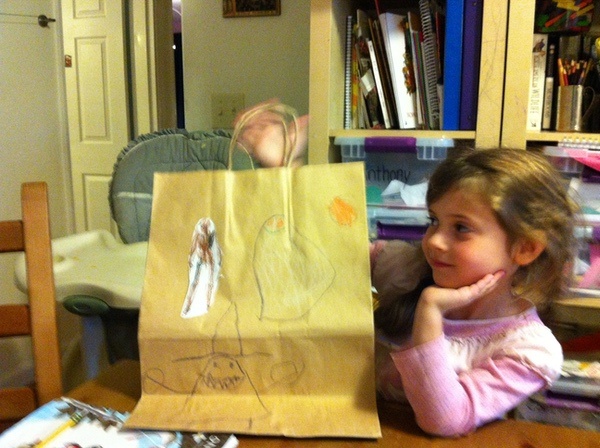 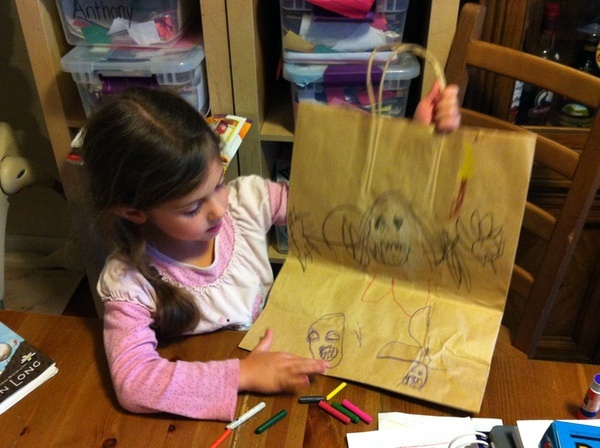 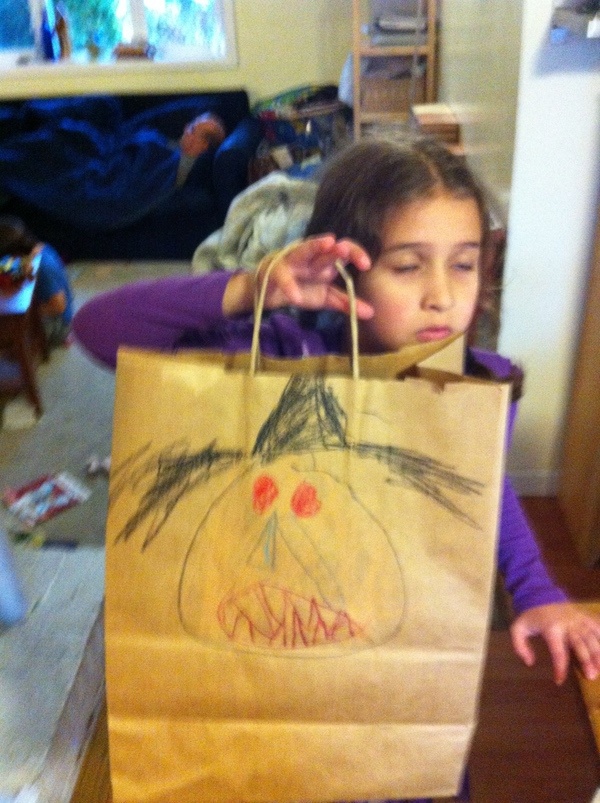 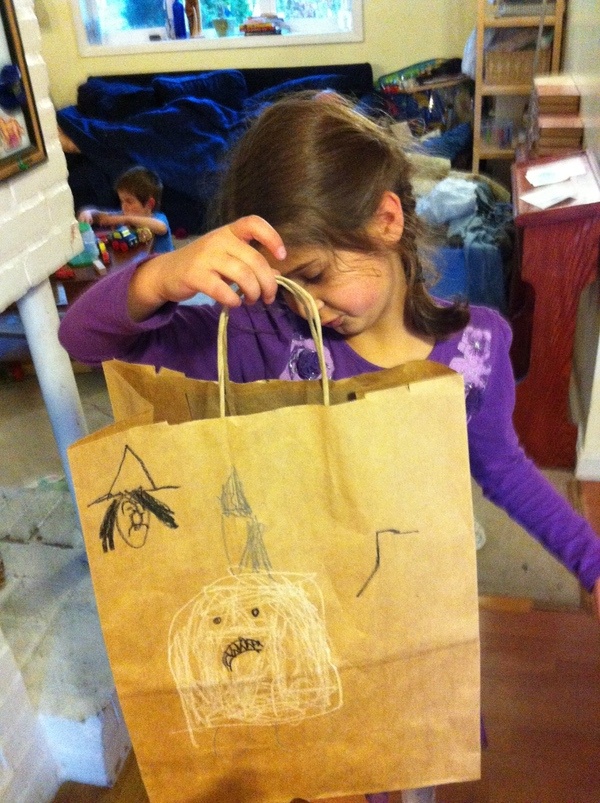 They were all so very excited about trick-or-treating. Ben wore his new knight’s costume, but used the shield he made at the Higgins Armory Museum rather than the one that came with his costume. Sophie was a fairy princess. I’m not sure you can see her wings. I was amused that she opted for a paper tiara from her Disney Princess coloring book rather than the one that came with her princess dress or the rhinestone one I gave her. Bella was a princess too. I would love to get all creative making them costumes, but I don’t have the time or energy. I’m so glad they are satisfied with dressing up from their dress up stash. Anthony was going to go as a cook, but he decided he wanted to stay home after our first trick-or-treaters showed up in scary masks. It was just as well because it was drizzling out and they walked quite a way with Dom. (I stayed home and read Pooh stories to Anthony and Lucia and handed out candy. 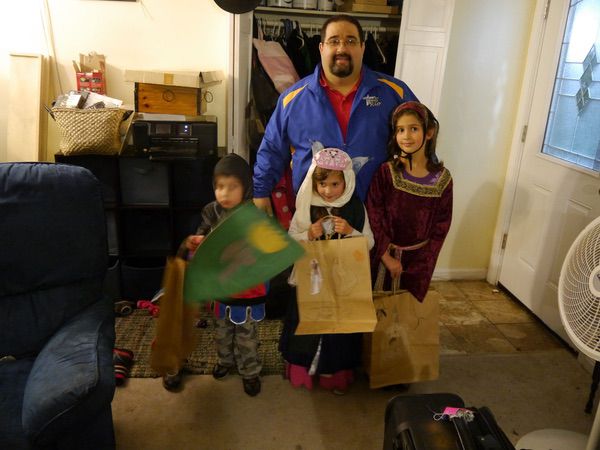 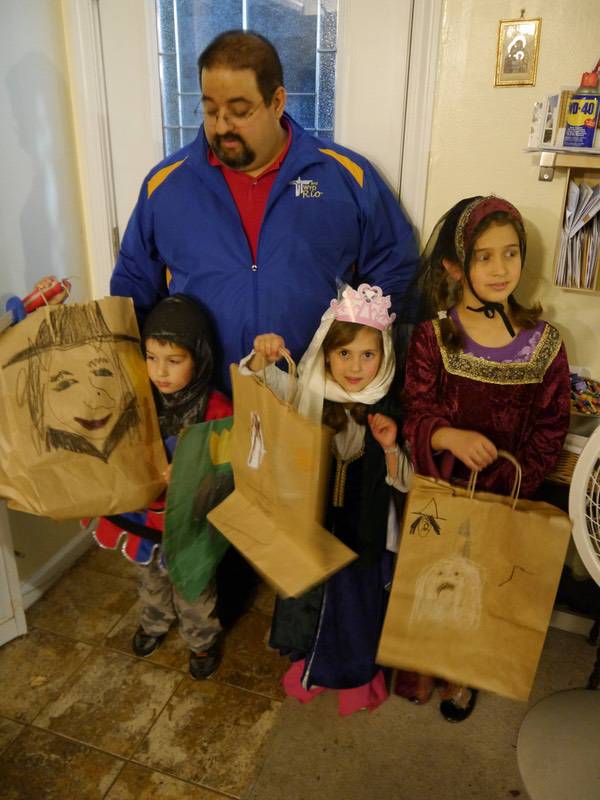 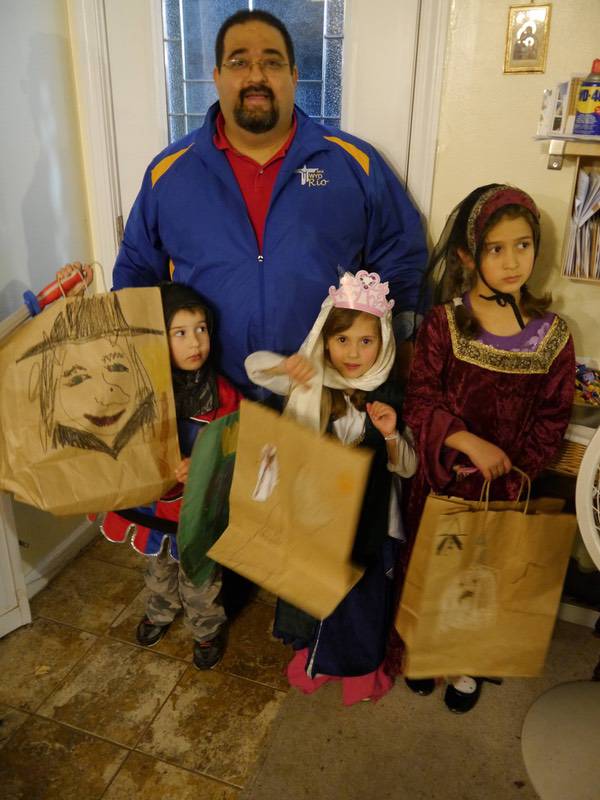 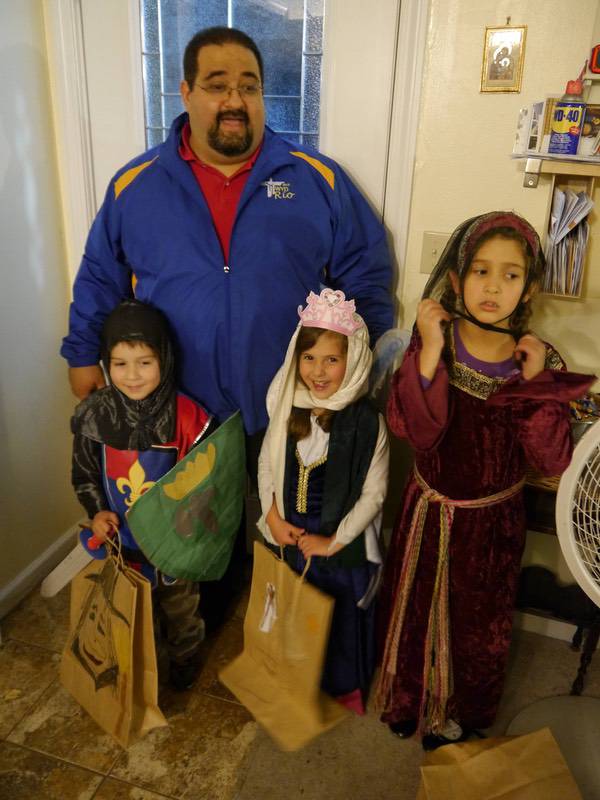 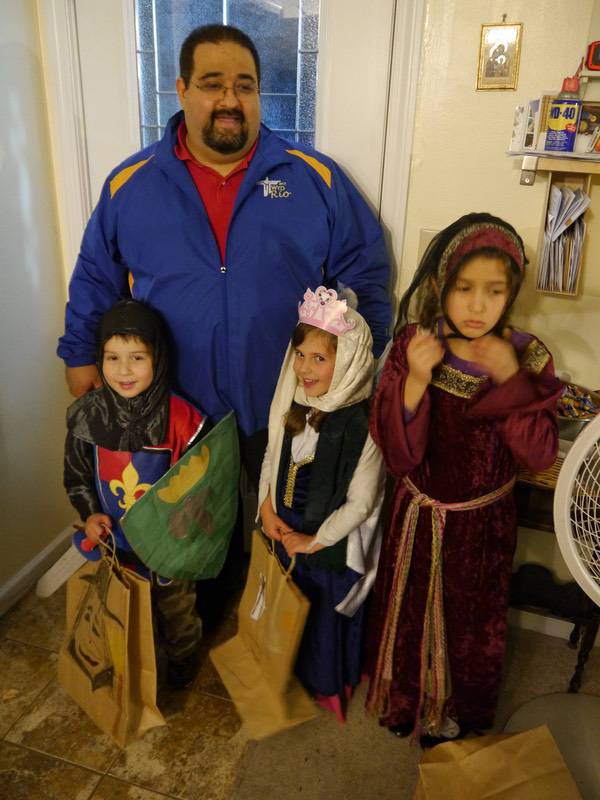