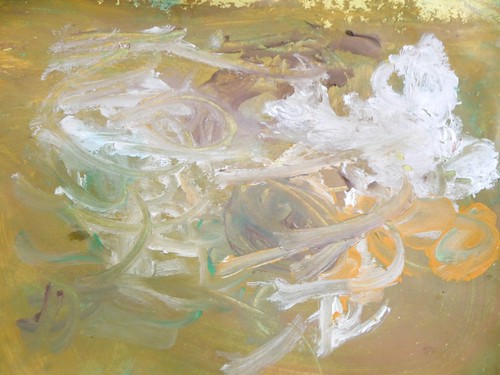 A couple of pieces this week that moved me.

1. from Calah Alexander: The Jew, the Samaritan, the ‘Other’, me

When I read the parable of the Good Samaritan, I’m always the Samaritan. The Jew is usually some hopelessly out-of-touch, uber-judgmental fundamentalist type whom I benevolently aid, despite the aspersions he or she is casting at my nose ring, resulting in said fundie’s eternal gratitude and repentance for being such a hypocrite until I showed them the error of their self-righteous ways.

Everyone will always be “the Other” to me, until I can accept that the neighbor God wants me to love as myself is the one whom I like the least. The one who makes me crazy. The one who makes me want to jump across the fence or into the computer or through the television so I can dish out a smack-down.

Sometimes, some horrible times, those people are the ones playing the Good Samaritan to my wounded Jew.

2. from Elizabeth Duffy: “Let Everything that Breathes Praise the Lord!”

Other people’s bounteous flowers that once made me so envious–they don’t happen by accident. There is probably some woman stirring up a pitcher of miracle gro before I’m even awake. Life is not an accident. Someone always initiates and tends it.

I suppose it takes some time before the desire for life is reconciled with the responsibility it entails. Every morning my eyes flicker open out of a sense of duty, but I’m not usually happy about it until a couple of hours have passed. There’s work to be done, and I hate it, until I’ve completed it. Then I love it. But if I never do it, somehow the whole day feels like hate.