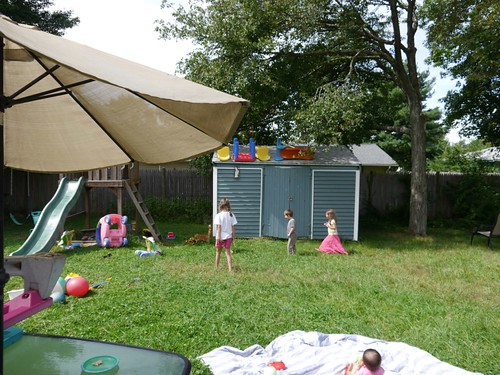 This morning we were all outside in the back yard before lunch time when a cat suddenly appeared in the back corner beyond the dome. I think it must have come in through a hole in the fence that is on that side of the yard. A little orange and white cat, a large kitten really, not a full grown cat. 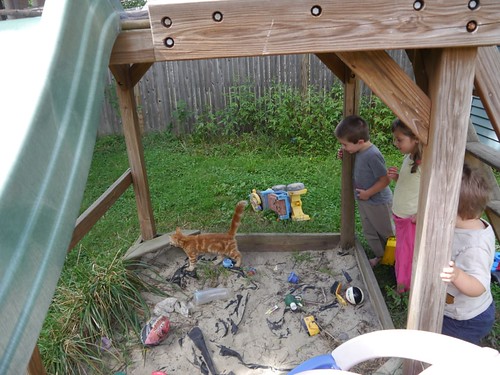 I expected it would soon be spooked by the five loud children playing in the yard. It did indeed run away at first, but it continued to circle the yard and kept coming back to us. Finally it squeezed between Bella’s legs and rubbed her ankles in that way cats have. And I knew we were sunk. 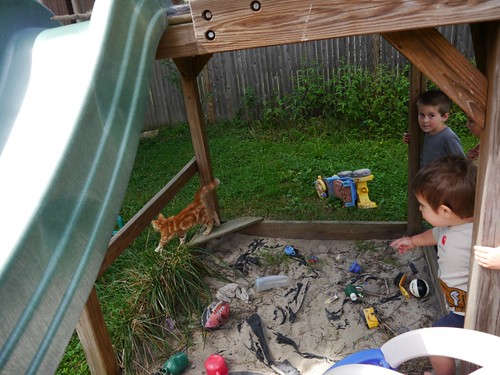 Soon we had to shut the back door because the cat made a break for the laundry room. I had to scoop it up and take it outside. Fortunately it wasn’t hard to catch at all, didn’t really try to evade capture. And when I picked it up with my hand behind the front paws it went limp rather than wriggling and trying to get free. It let me put it down outside but three more times in the course of the afternoon and evening I had to remove it from the house again. 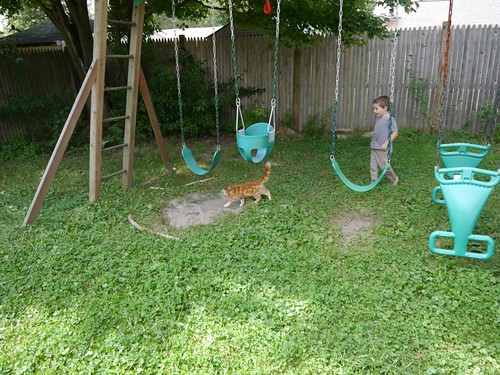 The kids were charmed but a little annoyed at having to keep the back door shut. 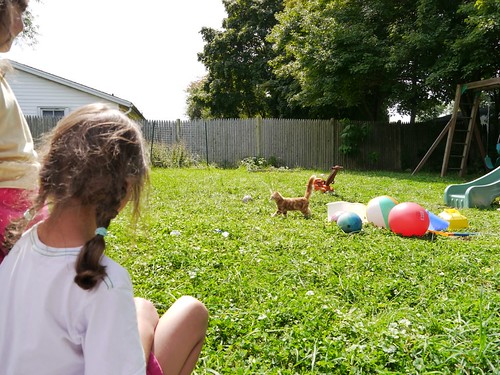 At 10:30 tonight it was still sitting on the back step and when it sees me it scratches at the sliding door and mews quite pitifully. 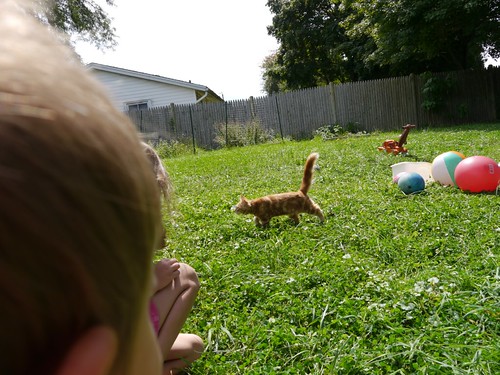 I suppose I’m going to have to put up signs around the neighborhood. This is not a feral cat. It is accustomed to people and to houses, it expects to be fed, it doesn’t mind children or being held. Oh dear, cat, where do you belong?

I cannot keep this cat. I am allergic. My eyes itch and I’ve had to use my inhaler. 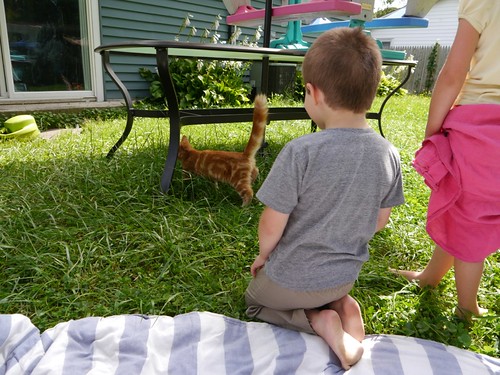 And yet several times I’ve almost found myself feeding the darned creature. The kids asked what was wrong, why was it hanging out. I replied that it was probably hungry. And I found myself at the refrigerator without even thinking about it, looking for something to give it. Until I caught myself and renewed my resolve. And then again there were scraps of meat left after the girls helped debone the grilled chicken legs for tonight’s lo mein. I was so tempted to give the scraps of skin and meat the girls discarded to the cat. Instead I threw them into the trash. I cannot I will not, feed this adorable little beast. 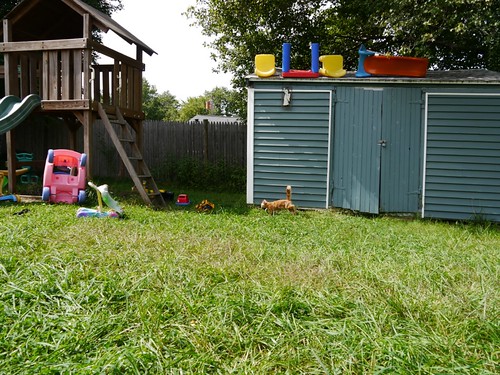 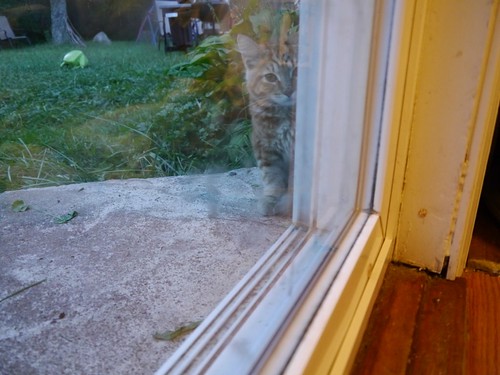