A greater power of being than we could possibly have imagined
2 comments
Share:FacebookTwitter
Faith

A greater power of being than we could possibly have imagined 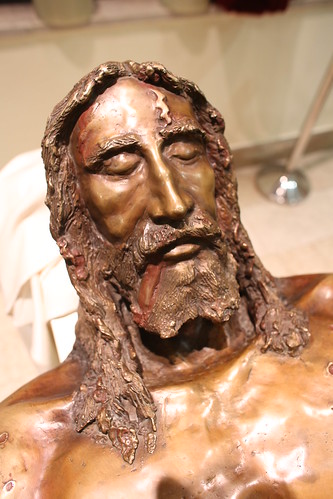 It is the condescension of the Incarnation, God’s stooping low to join us as one of us, that “blows open” the mind, introducing the human spirit for the first time to an adequate conception of God’s otherness and transcendence. What Thomas implies is this: only a reality that is not a being in the world, even the supreme being, could ever become a creature while at the same time remaining true to itself. The God who comes to join us in Jesus Christ must be a reality with a greater “stretch,”  a greater flexibility, a greater power of being than we could possibly have imagined. Whatever notion one might have had of God must be discarded in the presence of the incarnate Word; even the highest titles of praise fall short of the glory revealed in the face of Christ. That God creates and governs the world, that God loves and nurtures the beings of the universe, even that God guides us to a life after death—all that was, to varying degrees, accepted and believed prior to the Incarnation. But that God would become a creature while still remaining God, that God would take on all of the “weakness of his handiwork,” feeling limitation, suffering, death itself, that was simply unimaginable before Jesus Christ. That was simply too great to be hoped for, simply too ludicrous to be believed. In Paul’s terms, “a stumbling block for the Jews and a folly for the Gentiles.”: It is in this unheard of surprise, Thomas hints, that the true revelation takes place, for it is only in this shock that we realize how marvelous God is and therefore what a transcendent destiny is open for us.

If God had not become incarnate, if God had not joined us in our creatureliness, God would remain a limited, finite good, still to some degree restricted in love. In a word, the Christian discovers in Jesus Christ that God’s being is fully ecstatic. God’s nature is to go beyond himself, to step outside of himself, to forget himself in love.

*The image is a sculpture built based on a 3D digital reconstruction of the the body of Jesus based on data from the Shroud. Cardinal Seán and a group of 29 priests of the Archdiocese of Boston have traveled on an Easter pilgrimage to the Holy Land this week and this is one of the photos Dom’s colleague, George Martell, has taken as he’s documented their journey. To see more visit The Good Catholic Life’s blog coverage of the Holy Land Pilgrimage.