Christ the Baby Was Born for You
1 comment
Share:FacebookTwitter
Uncategorized

Christ the Baby Was Born for You 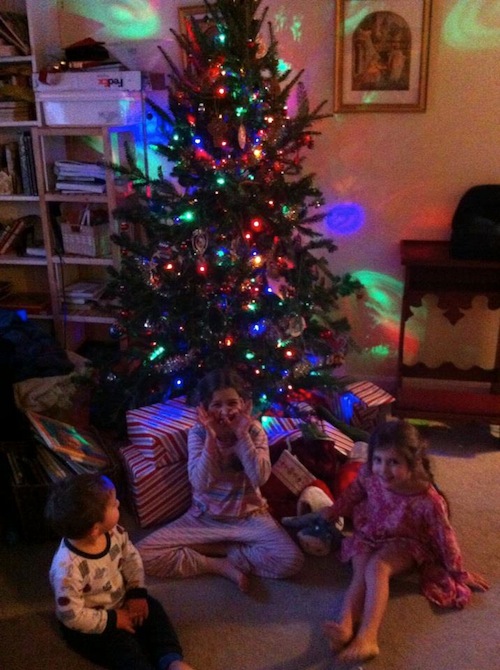 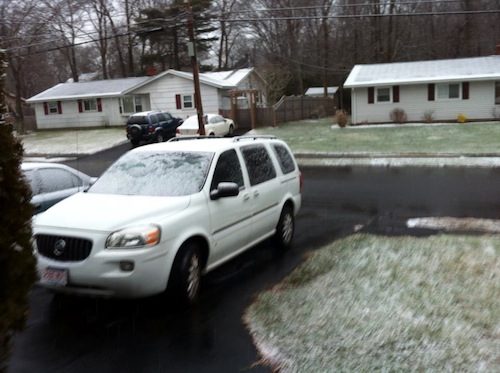 I woke up this morning to snow falling and my four children sitting at the breakfast table all singing alleluia. What a beautiful sound.

Last night was a bit tough. Yesterday we all went to the doctor. I took Sophie and Ben with me to my final OB appointment while Dom took Bella and Anthony to the pediatrician. Sure enough, Anthony, who hasn’t been sleeping well for weeks, has an ear infection. It’s sort of a relief to know that we can do something to help him, that his sleepless nights have a cause. But of course it will be another day or two before he’s feeling better. 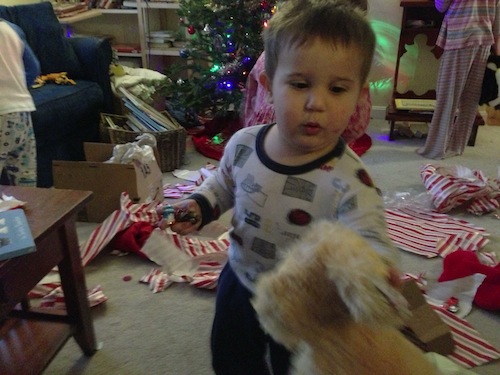 Also, on Sunday afternoon I started feeling a cold coming on. Although on Sunday morning we had cheerfully told Father we’d all be at Midnight Mass, I decided that perhaps it would be best if only Dom and the girls went. After I finished wrapping the last gifts (while sipping on hot chicken stock, which was not in my original plans of things to make for Christmas Eve but which really hit the spot) we got the girls up for Mass. I got them dressed, fixed their hair and saw them out the door and then I went to bed. Then Anthony woke up at about 12:30. Again at 3:45. And again at a quarter to 6. It wasn’t too hard to get him back down the first two times and the last time I just took him into my bed and snuggled him back to sleep. But add in my wake ups to use the bathroom and to blow my nose and when Dom came home and got into bed and I didn’t get much sleep. 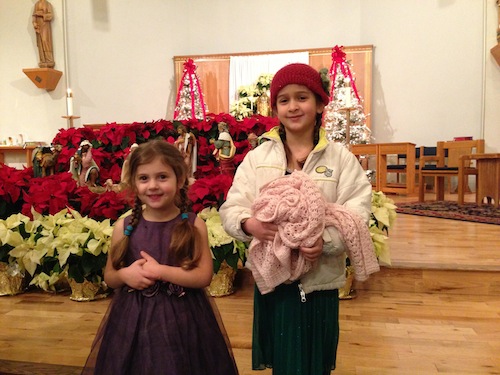 I decided to skip Mass and the party at my brother-in-law’s house. I need rest and I don’t want to give my germs to anyone else. It was the best decision. I snuggled with Anthony while he napped, read my book, ate some chocolate and sipped several cups of hot tea and mug upon mug of hot chicken stock. It was a much, much needed respite after weeks of whirlwind craziness. I’m not happy to be sick; but had I not been sick, I wouldn’t have had this little space of quiet. 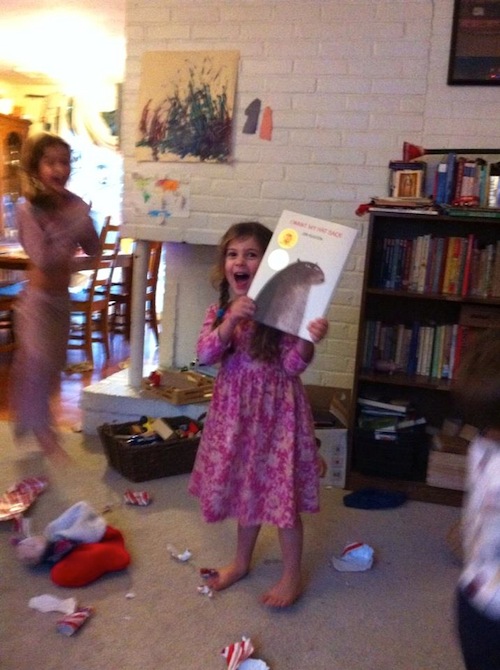 But watching the children open their presents has a magic of its own. What I love is how much joy they take in the small things. Oh how happy everyone was to get mittens and hats and the girls were ecstatic about several pairs of new tights. They think books are a treat and don’t mind that they get only one or two toys. And the nativity scene stickers I found at Target were one of the first things they played with. 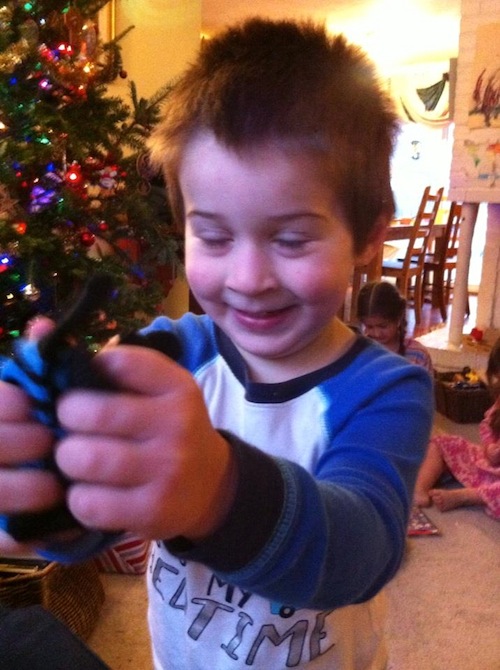 I also love how they seem to get as much joy at seeing their siblings’ presents as in their own. Bella and Sophie leaped for joy when Ben and Anthony got the perfect presents. Bella was so very solicitous in helping Anthony and Ben to open their presents. Ben brought me a piece of candy to unwrap and then shocked me when he handed it to Anthony, on whose behalf he had sought my help. 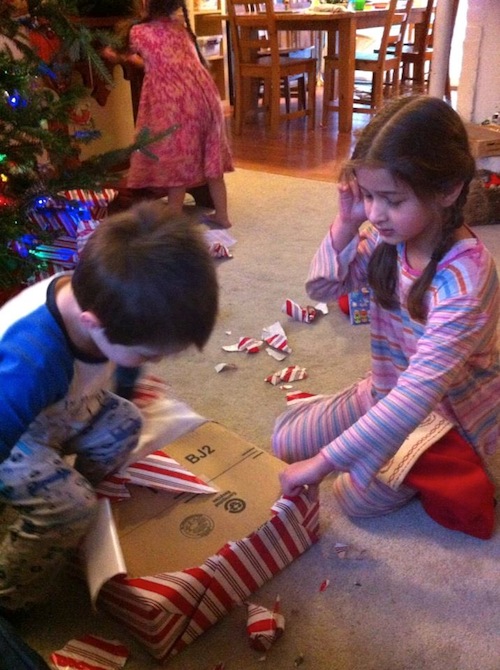 Ben was a bit disappointed we didn’t get him up for Midnight Mass. Had I been going, I would have. But as it was when we went to get Sophie up she dissolved into tears which didn’t stop until she was actually walking out the door. It wasn’t that she didn’t want to go. Every time I offered to let her go back to sleep, she declined most vigorously, But she really was tired and disoriented and having a hard time making the transition. I was afraid Ben would be even worse and that Dom wouldn’t be able to manage both Ben and Sophie if they melted down or that if Ben did melt down he might wake Anthony and I wouldn’t be able to manage both boys on my own. So letting him have a bit of a fuss in the morning with the incipient distraction of presents seemed to be the better part, even though I did very much hate to let him down. 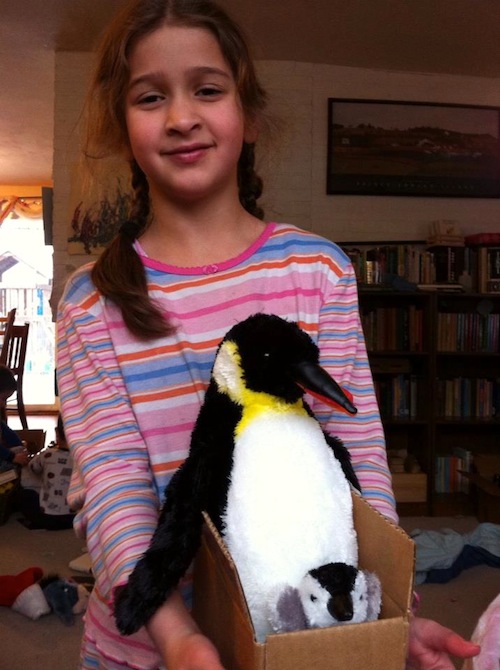 I love that my children look forward to Midnight Mass and Ben so rarely wants to go to church anyway that it seemed a shame not to indulge the rare time he was showing a strong interest. But he’s only three and there will be many more Christmases. I keep reminding myself of that as I’m tempted to be disappointed at how this one has played out for me. I’m definitely living it vicariously through my family instead of getting to enjoy the liturgy and merry making myself. And yet perhaps there is a truth there too, that it is in giving Christmas joy and serving them that I have received the most this year. It isn’t about me but about letting them have their feast even while I sip my hot broth and stay in my pajamas all day. 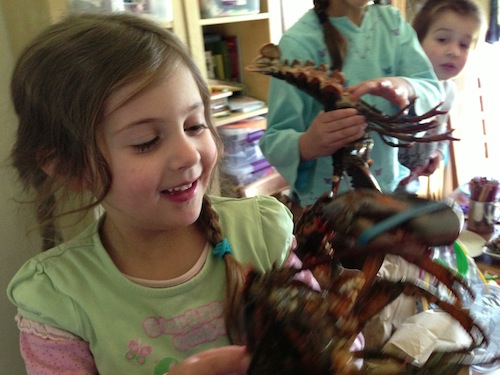 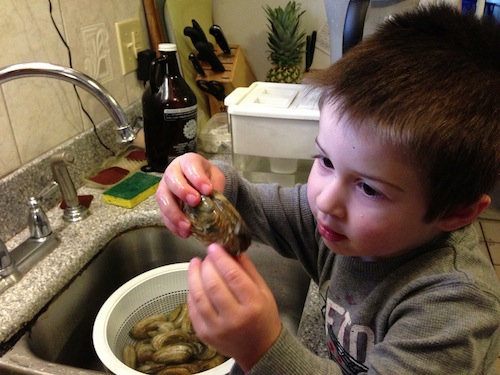 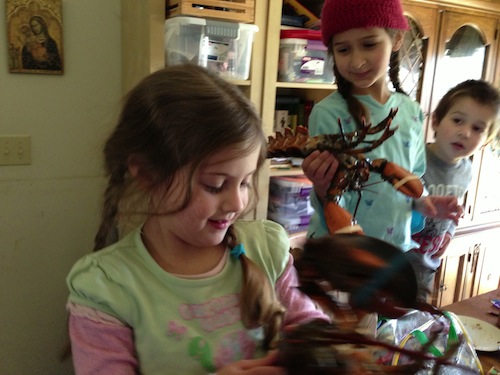 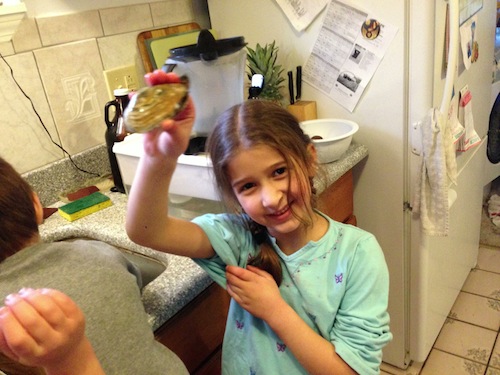 Truly the chance to welcome the Christ Child in the persons of my own children was all my prayer this Advent and I think this last bit of sickness is his gift to me, to help me focus on them and not on myself. To see his face in their glowing faces and to welcome his light into my darkness. 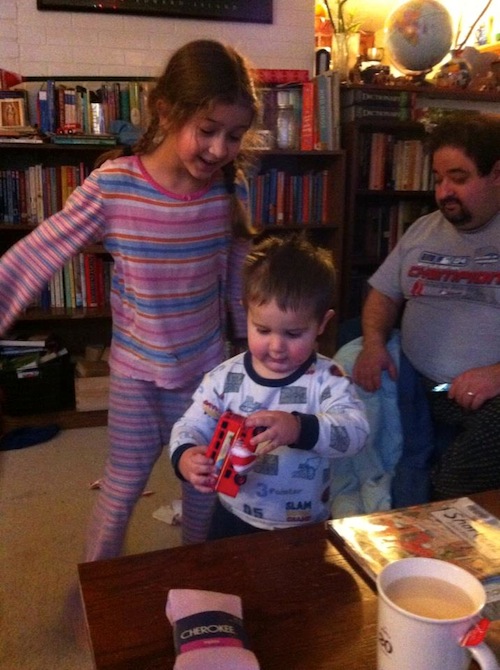 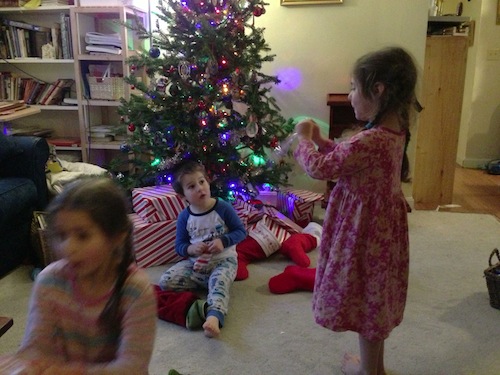