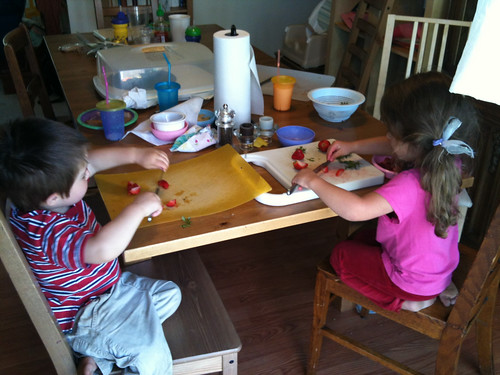 The other morning I was trying to bake bread for dinner and Sophie was pestering me for food. (I don’t normally class requests for food as “pestering”, by the way; but what Sophie was doing was pestering.) After a long and difficult process whereby she rejected all the options I suggested to her (which is her current SOP) she finally settled on strawberries. 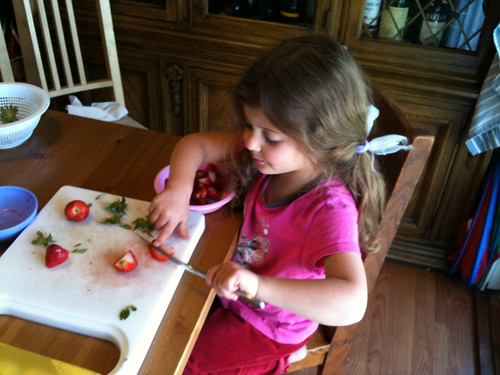 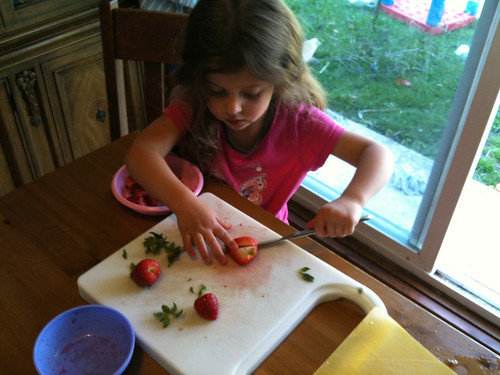 With me breaking it down step by step, she was able to do this. Then I got Bella to get a butter knife and a cutting board and show her how to use the knife to cut the strawberries. Soon Sophie wanted to do her own. Then Ben wanted to do his. And finally Bella had to jump in as well. Three kids all occupied with learning a new skill and me freed up from a task. 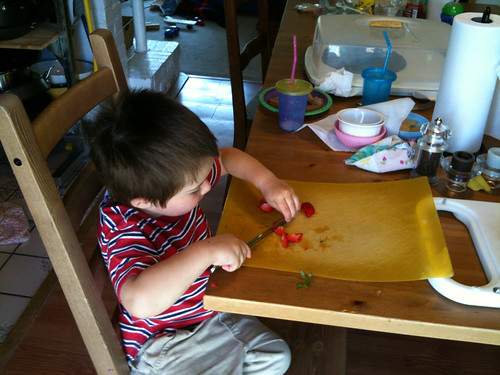 Later I showed Bella how to peel an apple with the peeler. It was perhaps too hard, the peeler and apple being too big for her small hands. But another small step toward independence. I didn’t get any pictures of Bella, not sure why.