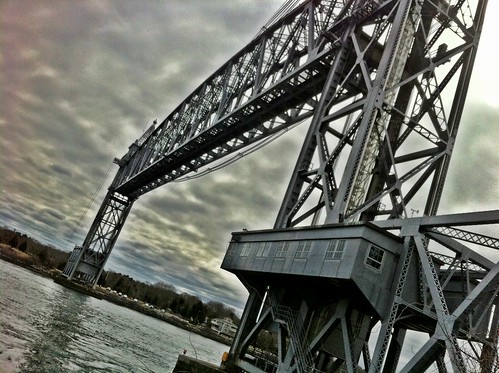 On Saturday we took a longish drive down to the Cape Cod Canal. There is a lovely little park there and after we’d had lunch at Chili’s, the kids had a grand time running around for a while. 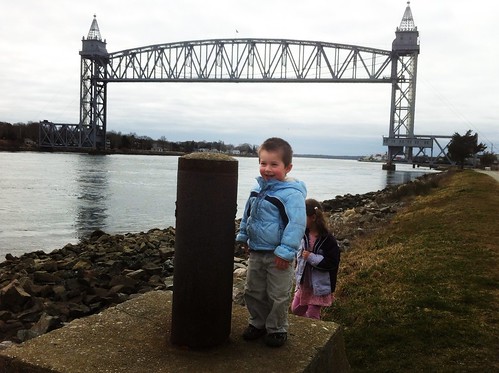 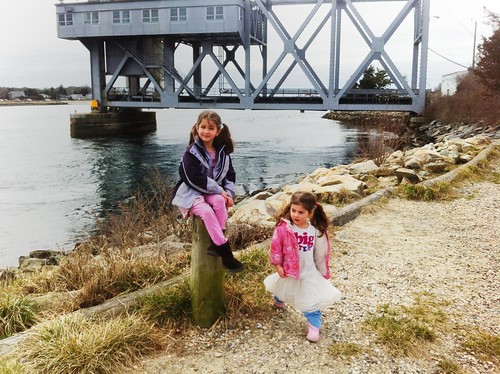 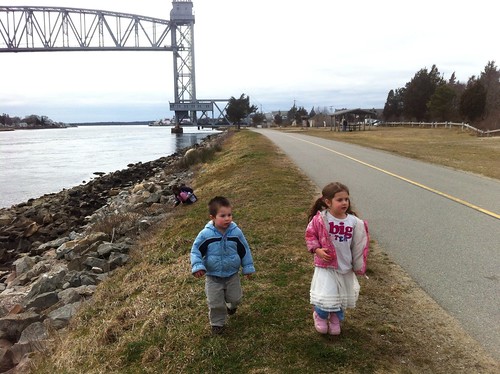 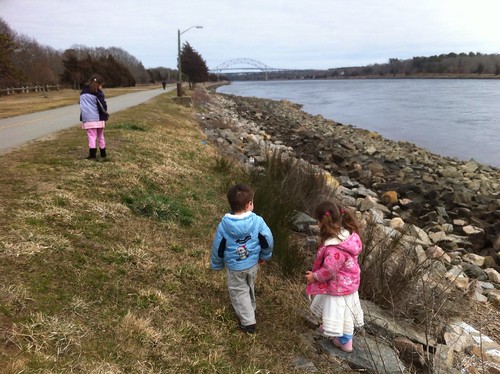 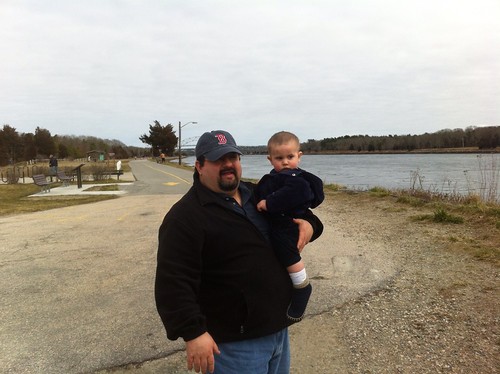 The day was grey but warmish. In fact, Anthony kept walking out of his shoes so I finally took them off and let him toddle along barefoot. The chill wasn’t enough to deter him. Of course, every time I put him down he made a beeline for the canal. He absolutely refused to walk along the path. But oh was he having a grand time! By the time we got home the sun was out and the kids went and played in the back yard while I made dinner. I was going to give them baths early but it was so nice I decided to let them keep playing. It scrunched up dinner time and bath time and bedtime; but I think it was worth it. I am so welcoming the warming weather and so are all the kids.

I didn’t get around to cooking our St Patrick’s Day dinner on Saturday because we got home too late from our long drive. So I made a simple soup with leftover ham, a can of black-eyed peas, some kale and carrots, celery, and onions. It was really yummy. Anthony especially loved it, scooping up the kale with his hands first and then proceeding to eat everything else. He polished off two baby sized bowls. This boy is addicted to soup. Sadly, he isn’t quite immune to the gassy power of kale and beans so he’s had a few tough nights although his belly is full and that helps him sleep, as the gas competes to keep him awake.

So Sunday night we had our St Patrick’s feast. Corned beef (which was kind of sad because I bought a much, much too small cut of meat and we each got a tiny taste), mashed potatoes, mashed turnips, and cabbage. But the cabbage I made was an Indian style spicy cabbage and carrots—oh so good. Bella opted to have a bean and cheese burrito instead and Sophie followed suit but put some corned beef in hers. Ben just had leftover soup with bread. I don’t think he actually ate any soup but he did sip some broth and dipped his bread into it. Since it’s a homemade broth made with roasted chicken bones and lots of vegetable ends and scraps, I figure that’s not too bad. We didn’t have soda bread because I forgot about it and baked two kinds of bread on Friday. Nor did we have any desserts. Nobody missed them.

Today we had a nice Italian feast for St Joseph’s Day, prompting Bella to ask if St Joseph was Italian. I made a hearty minestrone with the last of my homemade broth and lots of vegetables, some Italian sausage with peppers and onions, and a pasta dish with mushrooms, ham, peas, and onions in a wine and cream sauce with lots of Parmesan cheese. The kids all just had pasta with cheese. Oh well. I really wanted to get some Italian pastries but opted to spend the morning vacuuming and doing laundry, both were sorely needed. I did give Ben the last of the sprinkle cookies from Sophie’s birthday as a name day treat at bedtime. (You can tell I am not eating sweets during Lent because those cookies lasted more than two weeks after her birthday.) 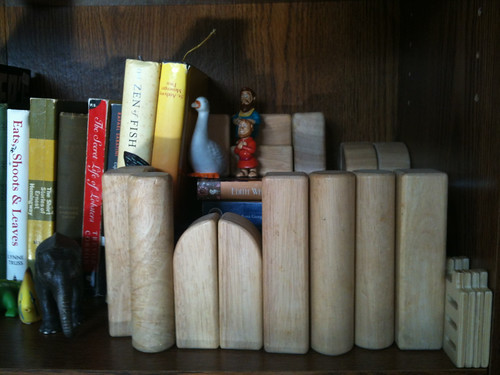 Bella’s castle for the story of Esther. The king is on his throne with Mordecai nearby. The duck is Esther. Haman, the rooster, was up on the top shelf.

This morning Bella constructed a castle out of blocks on the bookshelf in the living room and was loudly declaiming the story of Queen Esther, sometimes singing, sometimes just speaking. She had one of the apostle figures on a throne as the king, another standing outside the gates as Mordecai. The duck was Queen Esther and, appropriately, the rooster was Haman. She knew the whole story. Or at least as much as the picture book we have has. It is sadly a rather secular telling and only mentions God once, when Mordecai tells Haman that he only bows to God. I don’t know how the story is traditionally told at Purim, but I was disappointed because it does not match the story in my Bible. There is no prayer, no fasting, no sackcloth and ashes. It is Esther who saves her people as opposed to God who saves them. A fine distinction; but one I want to emphasize.

Anyway, Bella’s version was very spirited. She also told Dom that it was a play that people were putting on at World Youth Day. Indeed, she was wearing Dom’s World Youth Day hat during the performance.

I must say I applaud her desire for Heaven; but am a little disturbed nevertheless. I told her she’d be in Heaven some day but I’d miss her if she went now. She replied by asking wasn’t I going to be in Heaven with her.

I had more but Anthony is refusing to sleep and Bella has already got up once. I need to get to bed before Sophie and Ben decide to get in on the action.