We Went to the Woods
13 comments
Share:FacebookTwitter
Uncategorized

We Went to the Woods 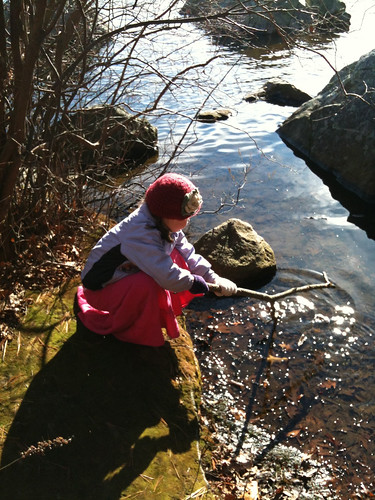 The teething continues. At least I think it does. Everyone has a cold and that misery tends to overshadow mere teething. On Thursday after a particularly sleepless night and a long afternoon with fussy children. I complained:

I’m just so… TIRED. Every time I go to the kitchen to make dinner there’s a dirty diaper or a hurt finger or a hungry baby. And the constant chatter and prattle. And all I want to do is sleep for five days. 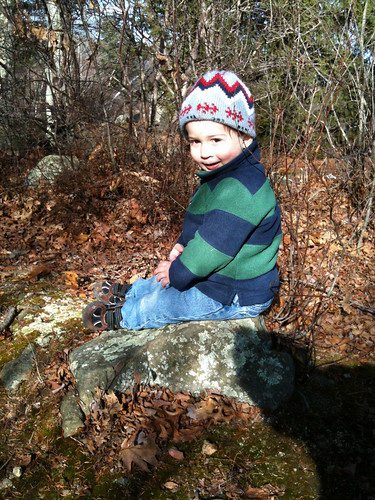 Of course sleeping all day—or even staying in bed all day with a good book and a box of chocolates—is NOT an option. So yesterday I decided that the next best thing was an outing. Colds and 36 degrees outside notwithstanding, we were going to try Thoreau’s solution. Some nature therapy to cure our cranky moods. Or at least to put a dent in my cranky mood. 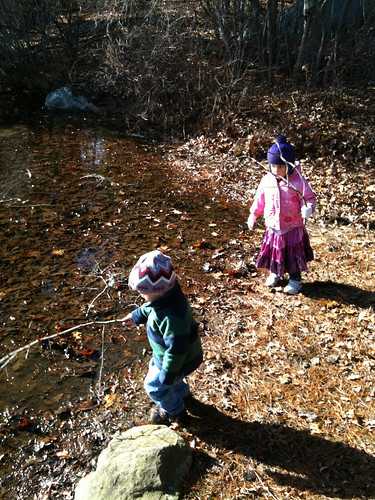 I bundled the children up in lots of layers, packed some peanut butter and jelly sandwiches and raisins and string cheese and a bottle of peanuts, and convinced my sister to come with us. 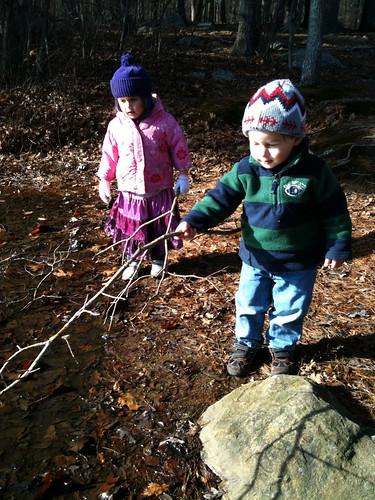 Oh it was just what the doctor ordered. It’s amazing how sunshine, fresh air, trees and sparkling water and yes, a bit of exercise, will improve one’s outlook immensely. Even if all the kids are still sick and the boys are still teething. The afternoon was still too long and cooking supper was an uphill battle and the night was terribly, terribly, terribly long with Anthony unable to sleep except in microbursts because of the trifecta of teething, a head cold with runny nose and cough, and killer gas with machine gun farts. When he did sleep he moaned and snored. Mostly he fussed and fussed. 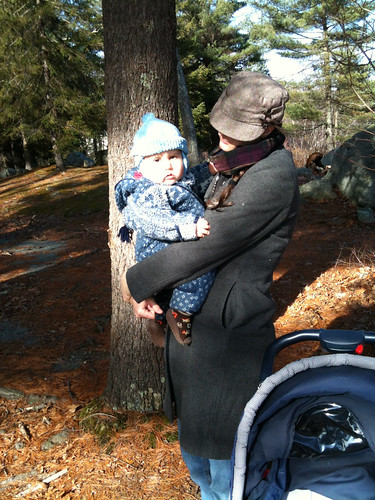 But still I think there’s a corner of my soul that is refreshed for having been out there watching my children finding pine cones and pocketing pine needles, climbing boulders, tossing stones with satisfying plops, and poking things with sticks. Just like the ripples of Ben’s stone seem to disappear in the enormity of the pond, the effect of the sun and exercise might get lost in the greater chaos of life but they are still there somewhere, small, unnoticed but working in imperceptible ways. 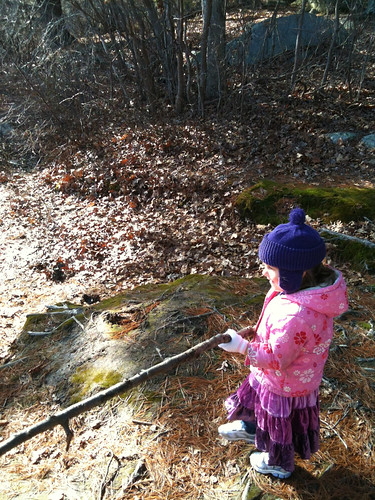 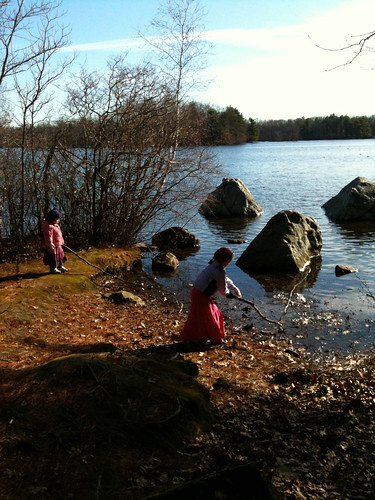 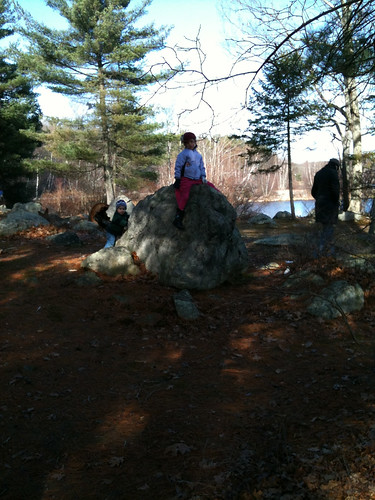 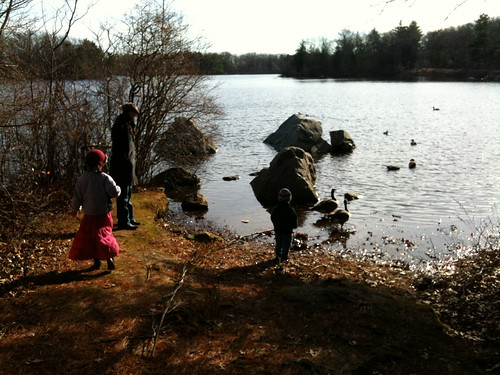 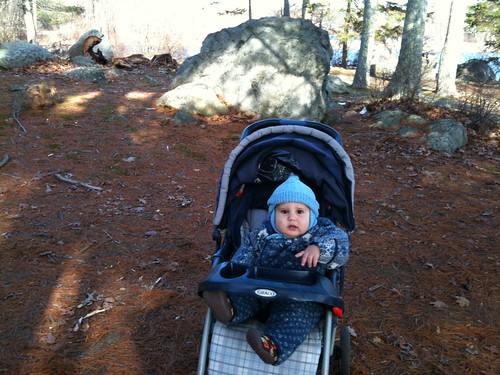 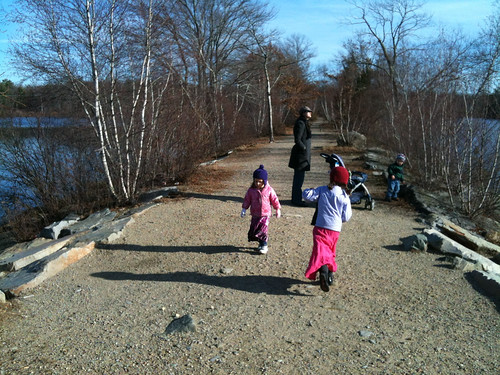 The Lord of hosts is with us:
the God of Jacob is our stronghold.