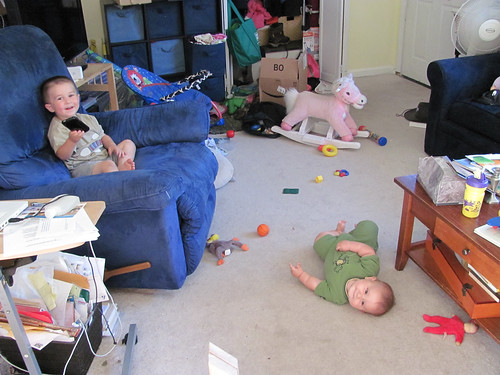 1. Yesterday we went to the grocery store in the middle of a downpour. Lee might have lost his tropical storm status, but he still managed to dump an awful lot of water on us. Fortunately Bella is big enough to hold the umbrella while I struggle to get Anthony into the Ergo. The kids all wore raincoats and boots and didn’t mind the deluge. We all got wet, but survived anyhow.

The nice upshot was that we had the store practically to ourselves. Not that it’s ever super crowded at 9 am on a Thursday, but there was hardly anyone there and we really breezed through the shopping. (Of course it still took almost two hours. Why is that?)

But the best moment was when we were in the checkout. I should have been annoyed because the system chose me for a random audit. (Our grocery store lets you scan your groceries as you shop so that all you have to do at the checkout is swipe your card and then pay. I love it, but occasionally they do audit your cart to make sure you’re actually scanning everything.) Anyway as we were concluding the transaction and I was preparing to head back into the rain,  the checker said, “I see you here every week and I really admire you. I only have one child and we thing it’s hard. You really have everything together.”

I was so touched. I wanted to tell her how not together everything is when we get home from the shopping expedition right at lunch time. How I’ll be shoving the perishables into the fridge while the hungry baby cries. How everyone will be hungry and cranky and I’ll probably lose it and yell at the kids. How the 2 year old will probably have a late nap. And I won’t get anything put away till Dom comes home. And won’t have energy to make dinner. So we’ll eat leftovers. 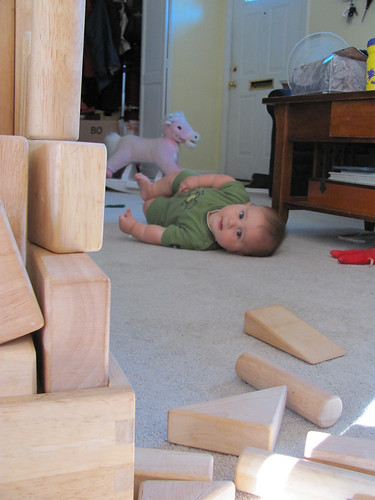 2. Yesterday at dinner time I was so overwhelmed I did something I rarely do. I set up the television so the kids could watch You Tube videos while I made dinner. I’ve got a long playlist set up so I don’t have to do anything except hit play and it will run through about 40 videos. It’s a mix of various things, mostly folk, classical, and religious music with a couple of kids’ videos thrown it.

Anyway, I was chopping vegetables when from the living room I heard Bella announce: “It’s Yo-Yo Ma!” and later she told me that it was another video with Yo-Yo Ma “but this time he’s playing with a lot of other people.” Indeed it was Yo-Yo Ma playing with an orchestra.

While I took a break to nurse Anthony we had a nice little discussion about what a lute was, prompted by another video. I love You Tube because you can pretty much cobble together a whole music appreciation course for free. I try to focus on videos that actually show the people who are singing or playing rather than ones with pretty slideshows. 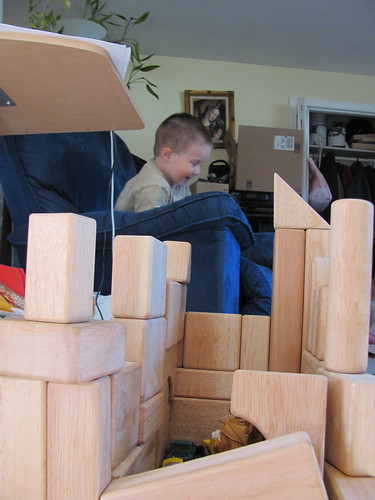 3. One of the happiest moments I’ve had in a while happened yesterday afternoon when I found myself sitting on the floor of the kitchen eating popcorn with Ben snuggled in my lap. It reminded me of similar moments with Bella and with Sophie. Somehow it happens every so often that a small child just needs to snuggle and that I just drop whatever I’m doing and sit there on the cold tile floor to love on them. It probably doesn’t happen often enough, which is why they stick out in my mind. I’d probably be a happier person if I let things go more often and just cuddled with my children. 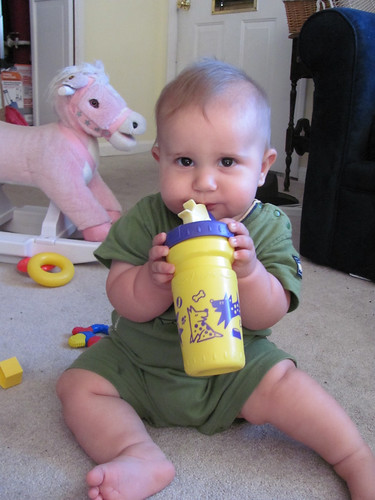 4. The other evening my sister looked out the back door and saw Bella licking the hosta flowers. As in sticking her tongue up into the bells of the flowers. Theresa asked if Bella was pretending to be a bee and received an affirmative answer. She then confirmed that she was definitely a bee and not a butterfly. 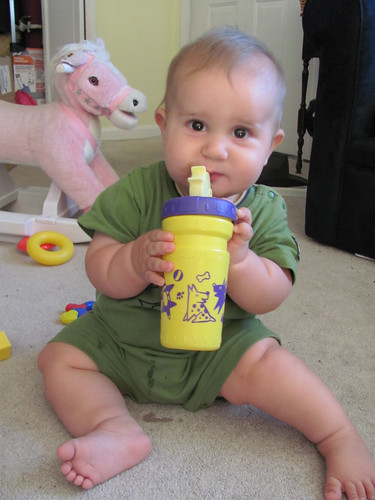 5. Anthony is so big now. I still can’t quite wrap my mind around how large he is. He’s only six months old but he’s wearing size 18 month clothing. Although he’s proportionally not the right shape for either the pants or long-sleeved shirts. All of the things in that size are tailored for toddlers not infants. I don’t know what we’ll do when winter comes. Roll up the pants, I suppose. What really seems so odd is that he somehow skipped right over size 3-6. He went from 0-3 to 6-9. How does that happen? And then again he skipped over size 9-12, going right from 6-9 month to 18 month clothing. This child has unbelievable growth spurts.

The other night I came out of the shower and found Dom holding Anthony in the dark in our room. I thought for a moment it was Ben because I forgot that I’d put Anthony in one of Ben’s shirts earlier that day. The two of them are almost the same size. Especially in the head and torso. Ben just has longer limbs. 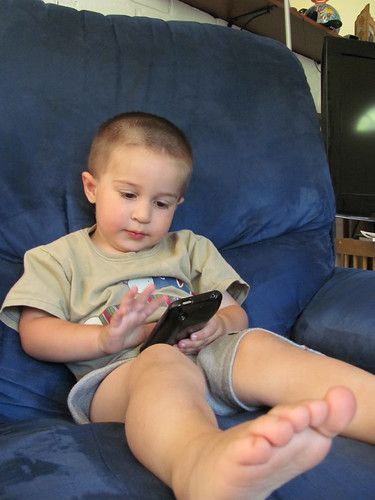 6. I made granola for the first time today. It was so easy I can’t believe I’ve never done it before. All the kids liked it, but I did have to stop Ben from dumping it out on the ground for Squirrel Nutkin to eat. (All squirrels are Squirrel Nutkin, you see.) 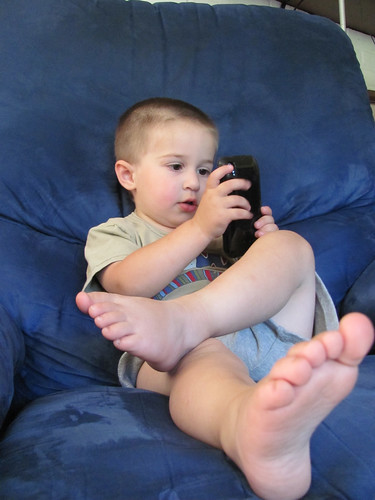 7. Bella backed into her elaborate block structure and it toppled. “Oh, there was an earthquake. Time to rebuild,” she calmly remarked. Finally! I thought. She’s learned how to cope with disaster imaginatively and didn’t fly into a rage like she usually does.

Oh I’m sure there will still be rages, but I am hopeful this skill will lead to her perhaps being able to imagine her way through confrontations with her siblings as well. So often she gets so involved in the story she’s telling that she gets completely derailed if Ben or Sophie refuses to play along. If Ben moves an object that is a key part of her story or if Sophie decides she’s done and goes off to do her own thing, Bella gets so frustrated she loses her temper and tears and screaming follow. She so desperately needs to learn how to improvise. I wish I knew better how to teach her that skill.

She is becoming more flexible though. Tonight she couldn’t find her favorite crocheted blanket at bedtime. She can’t sleep without her blankies. But it was very late and getting later and Ben was following her about the house as she searched high and low. Finally I told her it was getting late and Ben needed to get to bed or else he’d have a meltdown that would take hours to calm. I wasn’t expecting that to get me anywhere, but suddenly she interrupted me, “Ok, Mom. I’ll compromise. I’ll go to sleep without my blanket tonight.” And she calmly did climb into bed without a further word of protest. Such a generous and courageous act for the sake of her little brother!

All the photos of Ben and Anthony were taken this afternoon. Can you believe how old Ben looks? Ben managed to change the wallpaper on my phone while he was looking at photos. Now Dorian Speed greets me every time I go to unlock my phone.

Thanks as always to Jen at Conversion Diary for hosting 7 Quick Takes.