Yesterday the children were all coughing and sniffing. No way I could take them to story time at the library. So after we went on a walk round the block they did some finger painting here at home. For the very first time Ben dove in and actually painted on paper. 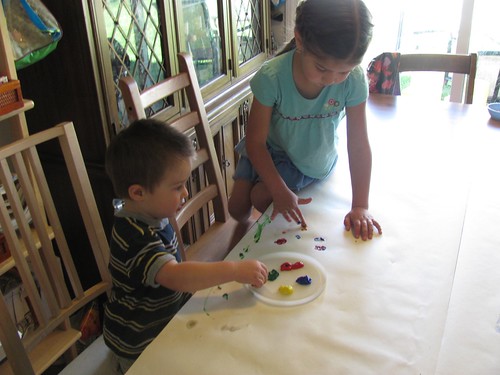 It begins with a few cautious strokes. Splashes of color on a white field. 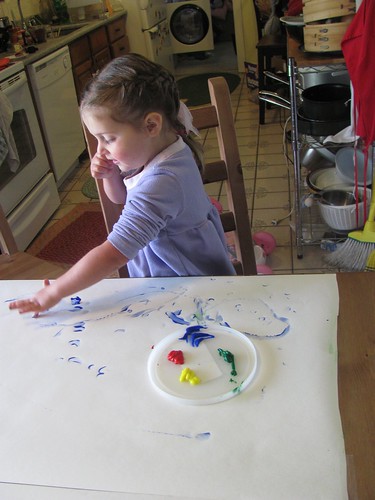 Monchromatic is nice. Sophie is in a blue mood. 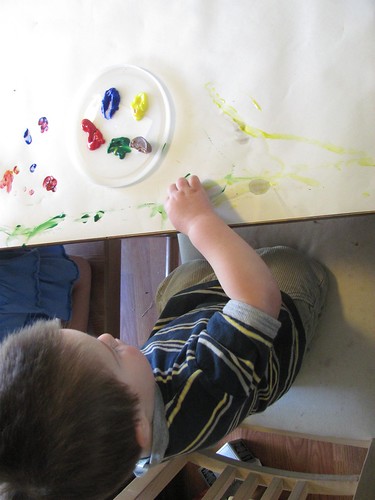 Ben’s part of the paper has a few drool stains. In seeking out the finger paints, I uncovered the last of Bella’s Easter stash and let them dispose of it. Note Ben’s abandoned peanut butter cup on the paint palette. 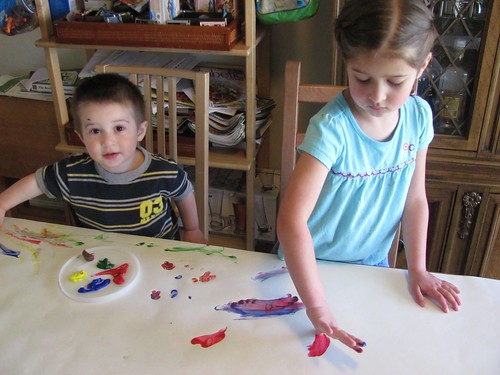 Bella is intent. Ben soon has a blue blob on his forehead. 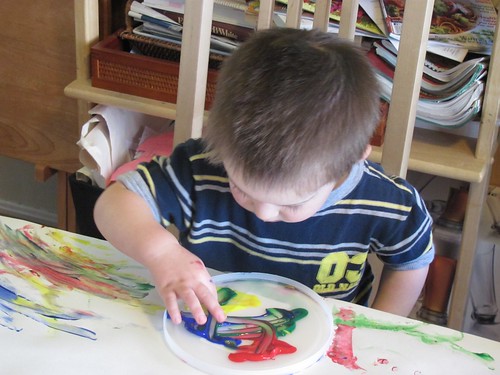 Ben chooses his colors carefully. I like his smear technique. 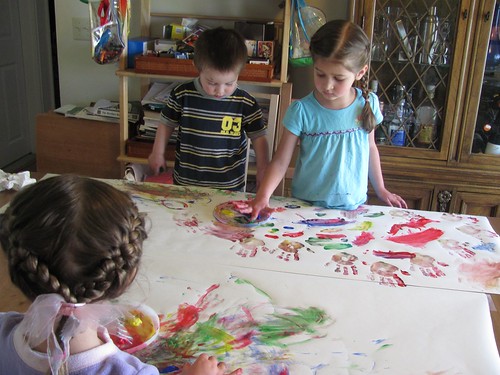 Bella makes some hand prints. (Note Sophie’s hair in the foreground. I tried out French braids on the girls for the first time yesterday. I thought they both looked rather nice. Bella didn’t really like the style, though.) 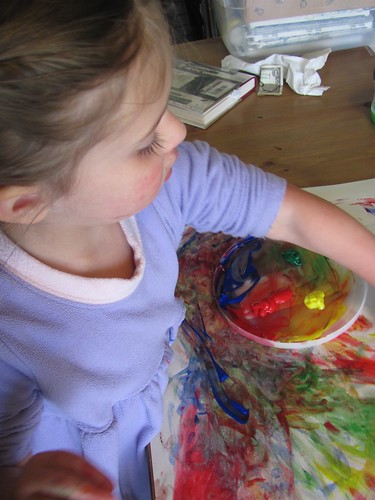 Sophie remembered Uncle Tim’s lessons in laying down a heavy ground of color and then scratching away the paint—there’s a name for that but I can’t think of it. 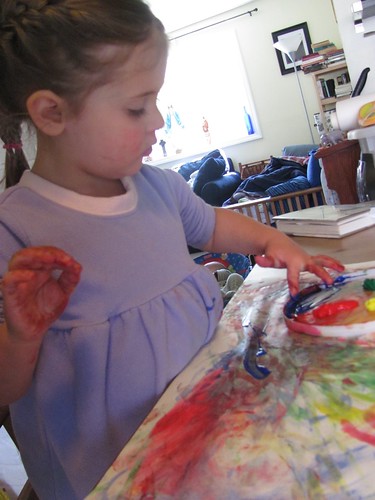 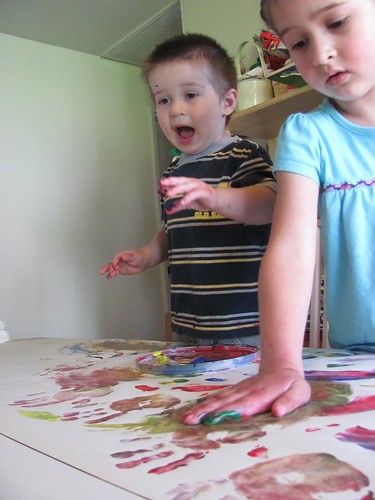 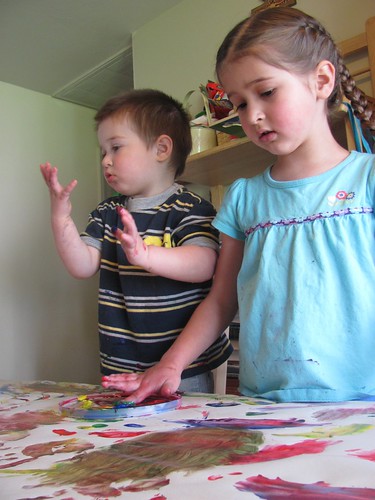 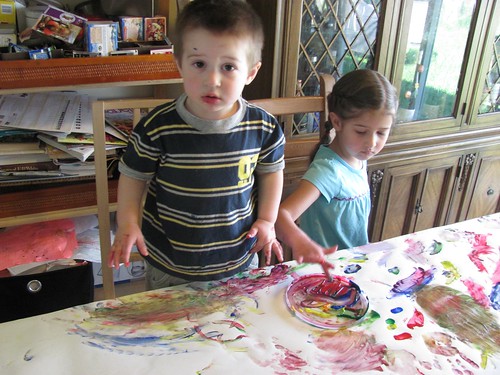 Most of the time they were painting I was nursing Anthony. I was a bit afraid they’d get out of control; but they were pretty good about seeking paper towels to wipe their hands and when they were done the girls washed their hands off in the sink all by themselves.

Maybe we should do this more often.