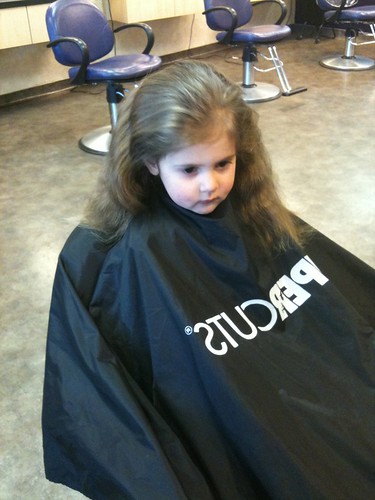 Yesterday Sophie got her first haircut. It wasn’t really planned. I was just going to take Bella so the two of us could get much needed trims.But Sophie really wanted to come. She even volunteered to go first. 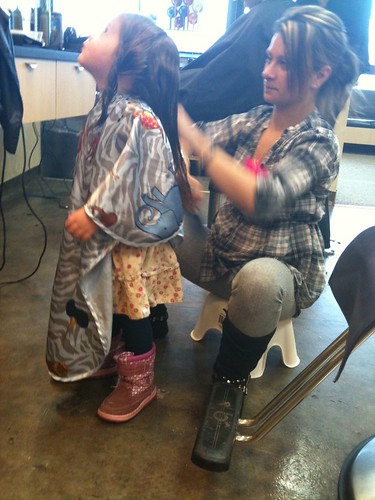 She sat and the stood so still, so calm. I think the stylist was surprised. 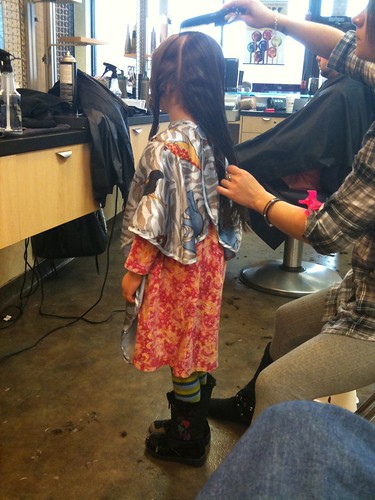 Bella was good too. And Ben waited patiently for us without a word. 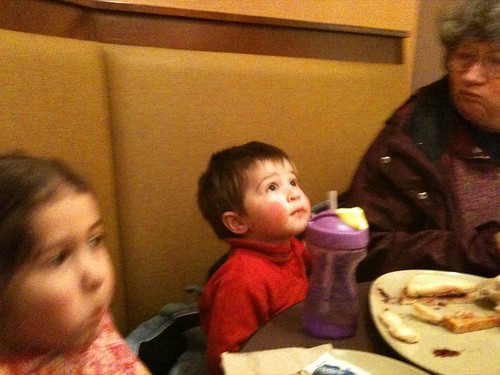 We had lunch at Panera afterward. Yum! What a treat! 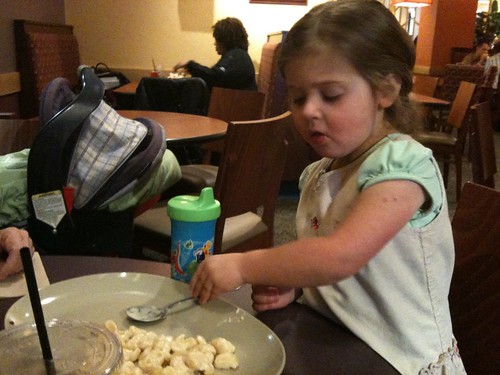 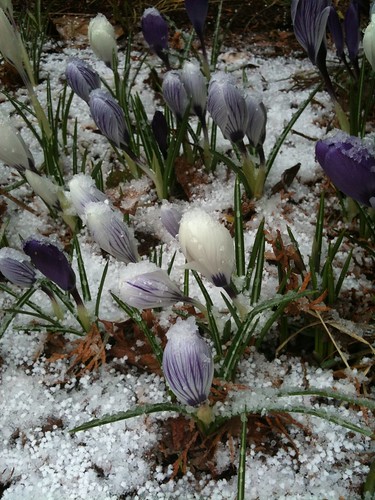 We also had snow mixed with sleet. Welcome, Spring indeed!