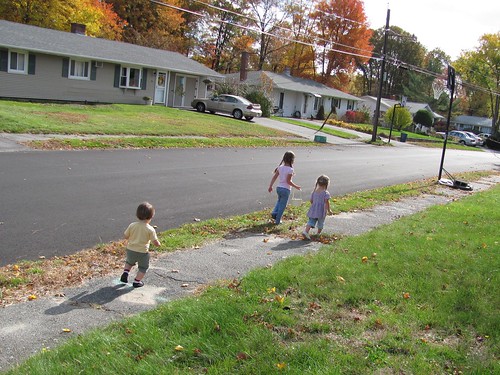 My crew. They make me smile.

As usual most of my quick takes are just recycled updates about cute things the kids did in the past week that I previously posted on Facebook and/or Twitter. I’m sorry to the people who follow me in both places and also read my blog; but both are ephemeral whereas the blog is my family history memory book where I store these gems for the long term. I’ve tried to expand some of them to add context or detail. And of course there are some new cute pictures of the kids. 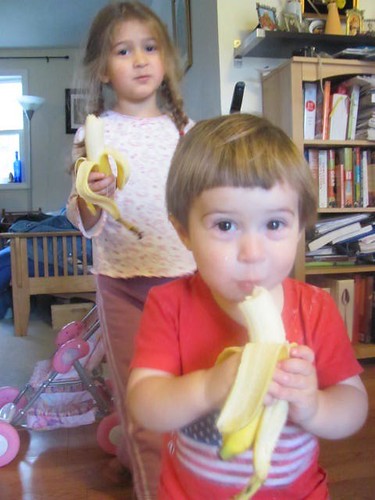 Ben and Bella eating bananas before Ben’s haircut on Saturday.

The sweetest thing: When I went to put Ben to bed last night, he requested a baby doll. I often play with one as I’m tucking him in, using it to tickle his belly and distract him from being mad about having to go to bed or pretending to tuck it in before I tuck him in. He laughs and seems to enjoy the play; but this is the first time he’s indicated he missed the dolly if I didn’t do it.

So after I gave him the doll he joined me in tucking in the doll before going to sleep himself. He lay the dolly down, put a blanket on it and patted its chest. Then put his finger to his lips and made a “shhhh” sound. Then kissed his palm and put it on the dolly’s face. He repeated it again after I tried to move the dolly to make room for him to lie down, repositioning her back to the middle of the bed then: blanket, pat, shhhh, kiss.

Later when I went to tuck in the girls, I found him sleeping on his belly with the doll underneath him. 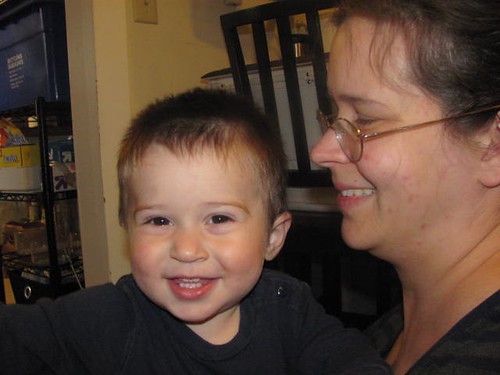 Ben is now saying two-syllable words: diaper and tractor. He loves reading board books. He adores his big sisters, especially Sophie. He will go put his head in her lap and cuddle with her. His favorite thing in the world, though, is trucks. Any and all trucks. Sometimes it strikes me how much of a boy he is.

Sophie grabs my iPod and declares that she wants to say prayers. She turns it on and goes to iBreviary: “Lord, open my wips. My mouth will claima my praises.” 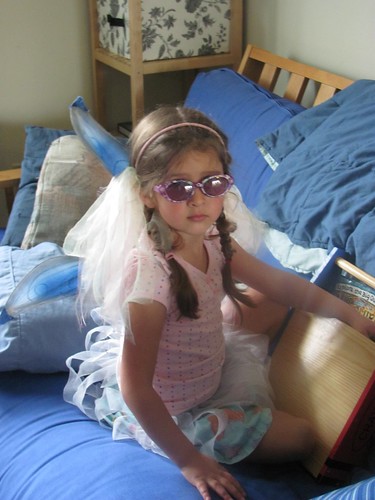 Bella having declared that she was full and couldn’t eat another bite (moussaka not really being her favorite dinner), saw a dish of roasted beets on the stove top that I hadn’t brought to the table. “Beets! I want some beets. I think I have a little more room in my belly that is just right for beets.” 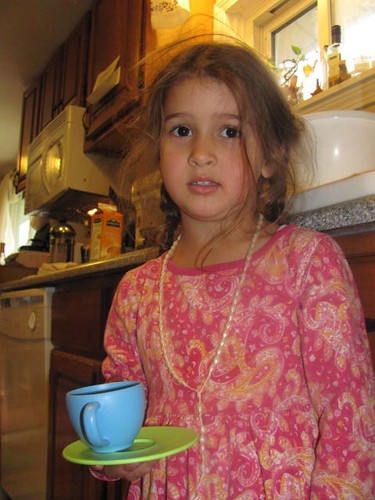 Bella offers me a cup of tea.

Bella: “My name is Sally; but everyone calls me Cranna.”
Ok then.

In addition to being a sometime alter ego, Cranna is also one of Bella’s imaginary friends. Sometimes she’s ten. Yesterday she was my age and lives in Texas and has two nieces and a granddaughter.

I love the name Cranna. I have no idea where it came from. I guess Bella made it up. Or she heard us say something she thought sounded like “Cranna”.

Evidently it is a real Scottish surname. 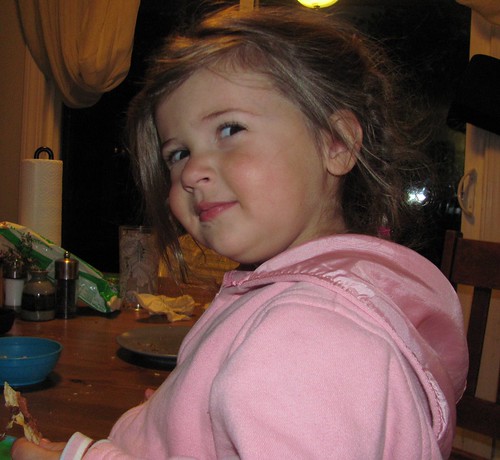 “Thanks, kiddo!” I thought, “Pogue mahone indeed!” I know she doesn’t mean anything by it. She doesn’t even really think it is funny to ask me to kiss her bum. She spends all day asking me to kiss fingers, toes, knees, elbows, forehead, etc. Her bum is just another bit that gets hurt. 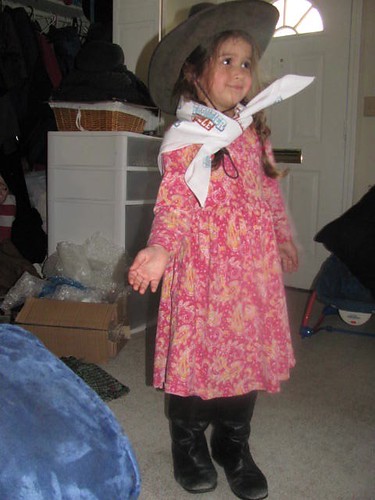 Every night before he goes to bed Dom gets Bella up to use the potty so she doesn’t have a middle of the night accident. It isn’t really a wake up. She’s usually so completely groggy that she can hardly walk on her own. Even so, the other night she insisted that she must have the blue receiving blankie on her head that she’d been wearing earlier in the evening when she was pretending to be Holy Mary. She ran back to her room to grab the blanket. Either her head was cold or she was really into the costume. 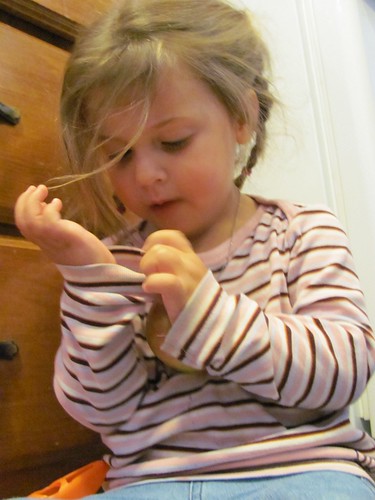 “Nothing up my sleeve.”

Recently Sophie has had days when she insists that her name is Catherine. Other days she’s been insisting that she’s a baby. It makes her ridiculously happy when I play along with her and call her “Baby” and coddle her a bit.