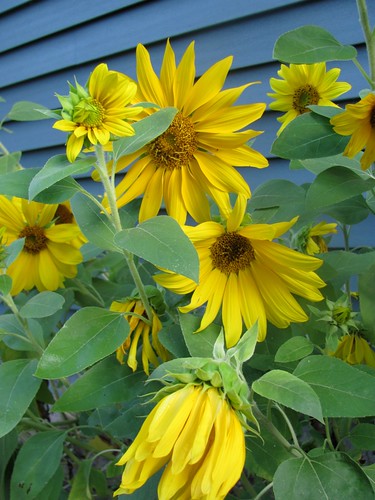 I took these photos of our sunflowers first thing this morning while the dew was still on the grass.

Labor Day had been and gone and I find myself breathing a sigh of relief and welcoming the fall-like weather. 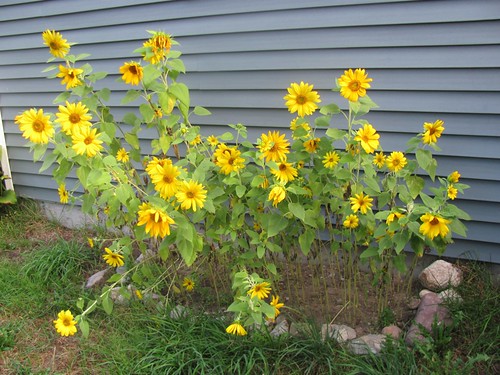 The girls helped me plant this bed, poking dozens and dozens of seeds into the ground. They’ve never heard of spacing. I can’t believe how well they have thrived in poor soil with very little care on my part.

This morning for the first time in months I took the kids to the playground. Bella has been begging me and begging me and yet I kept putting it off. Two things tipped me over today.

First, school is back in session. This means much fewer people at the park. And no big kids to push my littles around or stampede over them. I just realized today that that’s a big reason why I hate the playground in summer and avoid it—much to Bella’s dismay. I feel it so much more manageable to keep track of them when the place isn’t swarming with kids. 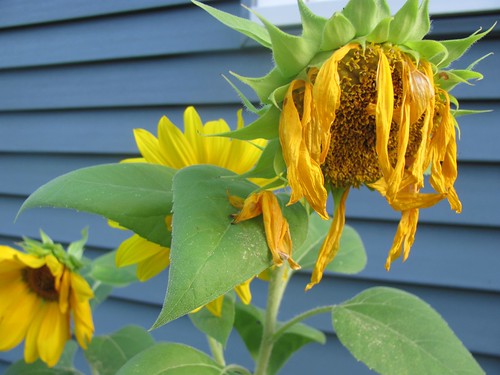 Second, Ben seems to be moving toward only taking one nap a day. He started having a very hard time going down for his afternoon nap. Skipping it altogether a few times. Well, I’d rather if he is going to take just one nap that he skip the morning nap. So that’s what we started doing. Sunday we kept him up and put him down after Mass and he slept from about 11:30 till 1:30. Yesterday was a bit of a disaster as Sophie woke him after he’d been asleep an hour. He screamed and writhed and threw himself about for more than an hour before he cried himself back to sleep. (The screaming and writhing was equally bad if I held him or tried to put him down. What to do? What to do?) Then today, of course, we all went to the park. No morning nap. He went down with some fuss after lunch. We’ll see how it goes. 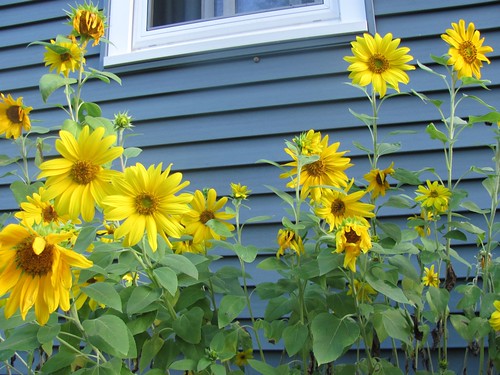 Did you know that sunflowers have a sweet smell? I didn’t. But I have a four year-old daughter who firmly believes that all flowers smell. I have learned that many flowers I thought didn’t smell sweet really do thanks to her.

So, the playground. I nixed Bella’s design to go to our town’s playground, which is on the main street with lots of traffic, right next to a popular drive-through, and always has lots of people. Instead we went to one that’s about ten minutes drive away in the next town over. There are seldom many people there, at least when we go in the spring and fall. I’ve never been during summer vacation. I imagine it’s pretty busy then because it’s right on a pond that has sandy beaches.

It’s peaceful there, I can gaze out at the swans, ducks, geese and seagulls swimming serenely over the clear blue water. 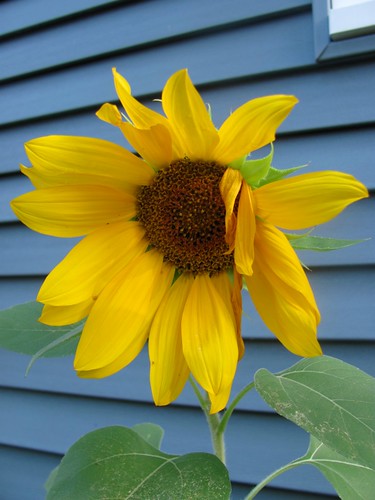 There’s a nice little playscape with slides, swings, and climbing equipment. Today Sophie conquered a ladder she’d never managed before and slid down the big slide. Bella has mastered sliding down the fireman’s pole. Ben gleefully climbed up the shorter steps on the playscape and squealed as I went down the slide with him. 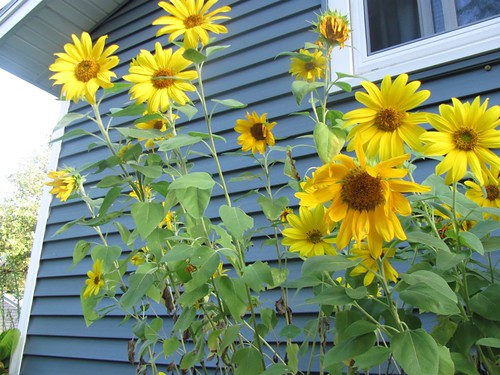 I just love the way the sunflowers glow against the blue siding of the house. It’s a little bit of heaven.

There are plenty of benches, both in the sun and in the shade where I can sit and watch the kids play. There are places the children can stand to toss things into the water. There are pine cones to be collected, sand to dig in and a huge gazebo that has a nice echo.

Sophie kept getting confused about the gazebo. Gazing at it from across the playground, she declared: “I want to go to the home depot building.” Somehow I figured it out. Her own self-made cockney rhyme. “Yes, we can walk over to the gazebo,” I replied. She confirmed my guess as to her meaning by repeating my corrected pronunciation. 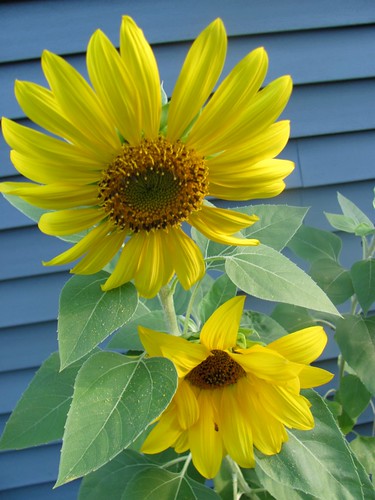 On the drive to the park Bella sang a song she made up about maids. I didn’t catch most of the words, sadly; but I would have killed for a recorder hidden back there by her car seat. I can’t even think where she got the idea from. Where has she heard of maids? There are perhaps maids in the Princess and the Pea book? I don’t know where else she’s heard the word. I caught something about dressing up your maids in pretty dresses and visiting princesses and sleeping and keeping the clothes to dress up like a princess. And wearing daisy crowns and crowns of different kinds of flowers and she had daisy crowns on her dress. 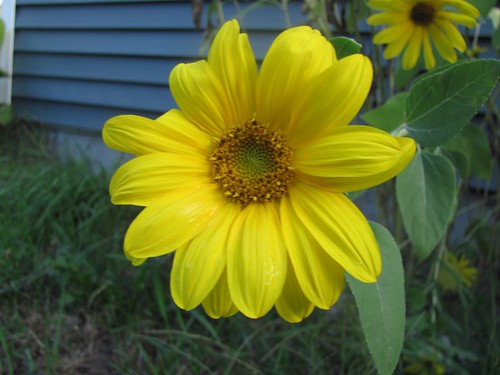 We came home and had crackers with peanut butter and raisins and dried cranberries. And that was lunch. What we have for lunch when I take the kids to the playground instead of going grocery shopping. (I had leftover pasta salad that I took to my brother-in-law’s Labor Day cookout on Sunday.) 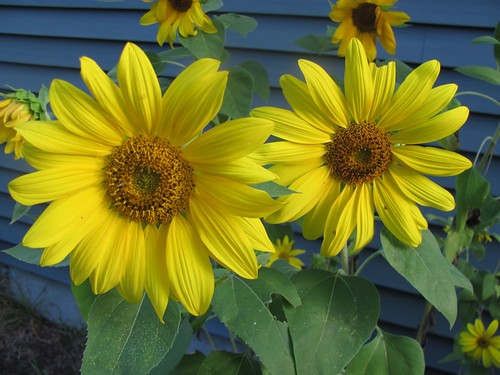