I feel like the words are bottled up inside. No time to let them out.

(Well I did write a blog post today. But it was whiny and I figured no one else needed to attend my pity party.)

So instead here are some pictures. 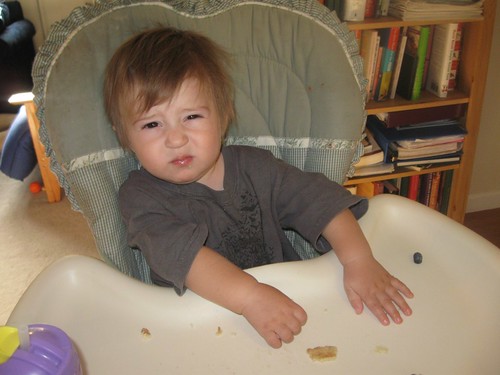 I put him in one of Bella’s shirts on Sunday after he’d got his own shirt thoroughly filthy at my brother-in-law’s Fourth of July pool party. I’d forgotten to put a spare shirt in the bag for Ben. Or rather, the spare shirt in there was size 6-9 months. No way he’d fit in that! At least we did have a shirt in there that wasn’t all flowers and pink butterflies. Preserved his masculine dignity.

This is him in the shirt Monday morning. 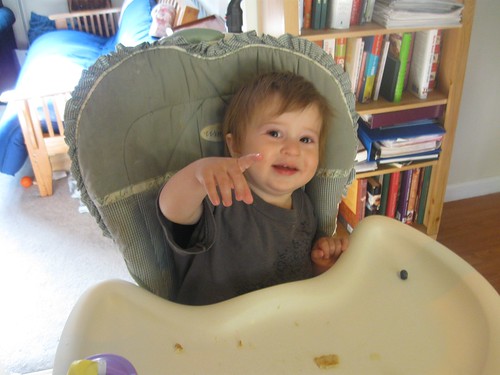 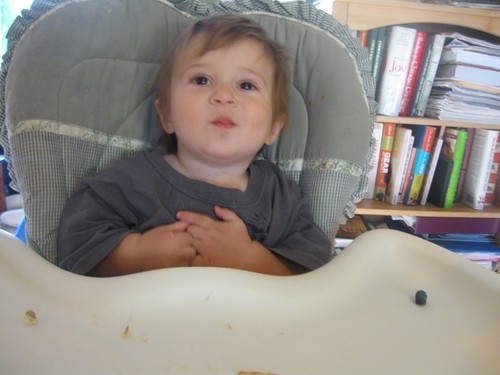 There were many people at the party I hadn’t seen since the last Fourth of July. I was huge then and kept telling everyone I was going to have my c-section in five days. It doesn’t seem like that long ago!

White chicken chili, using leftover grilled chicken and grilled yellow squash from Saturday. Mmmm. Not quite as good as enchiladas would have been. But it was too hot to run the oven. The squash was a brilliant last minute addition that totally made the dish.

Sauteed turnips. Bought Saturday at the farmer’s market. I wish I’d taken a before shot. These were little, about the size of the (large) radishes we bought from the same farmer. I think she said the variety was butter turnips. At any rate, not what you get from the grocery store.

I sauteed them in butter and olive oil with some red onions. Let them get brown and a little crispy. They were heavenly. Dom had to fight me to get some. (Fortunately for me the girls refused to try. I didn’t push the issue much.) A little sweeter than potatoes and with a slightly different texture.

There is so much else I want to write; but it is my bedtime. Now it’s time for me to turn into a pumpkin. Good night.