Yesterday morning my sister and I took the kids to the beach. 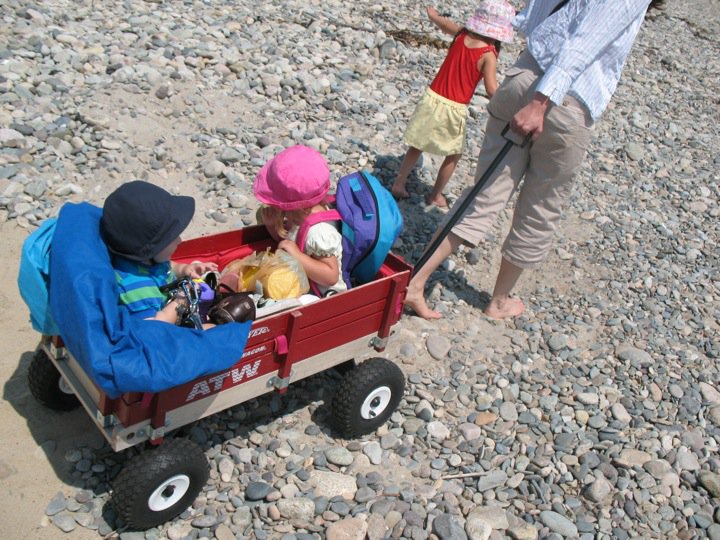 My stroke of genius for the day: thinking to put the little red wagon in the car instead of the double stroller. Big fat wheels get much better traction on sand. The little ones loved it. 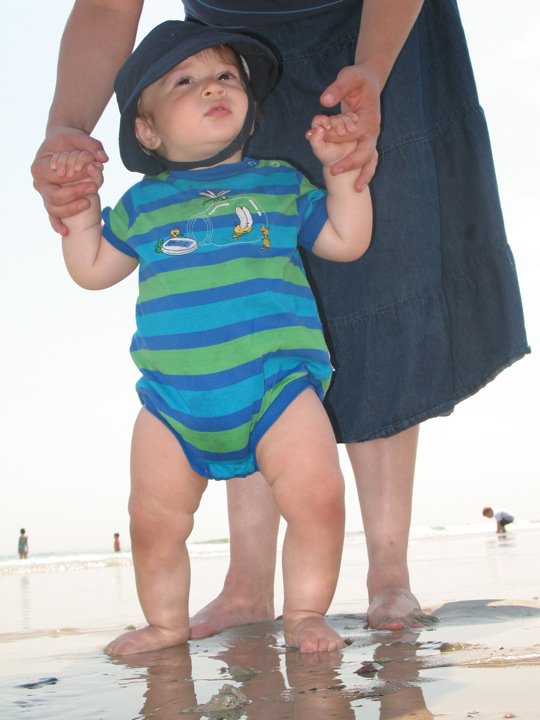 Ben set foot in the Atlantic for the first time. He wasn’t so sure he liked it. 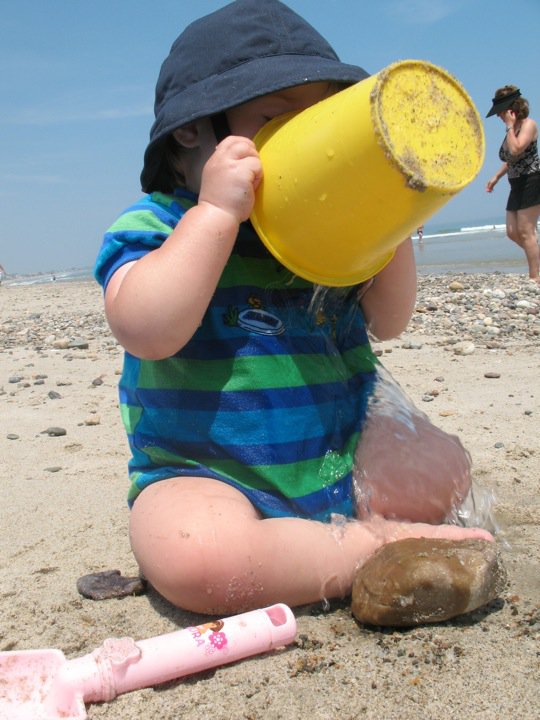 Splashing in the bucket was more his speed. And drinking the sea water. 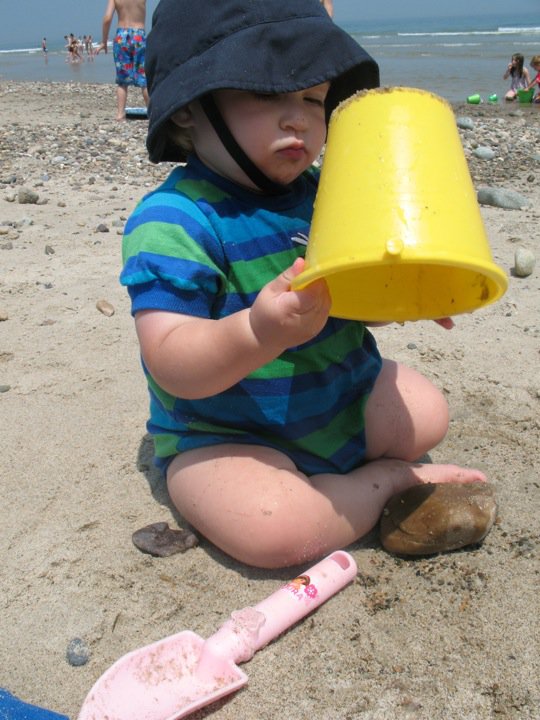 “Hey! Where did all the water go? Mama, could you refill my bucket?” 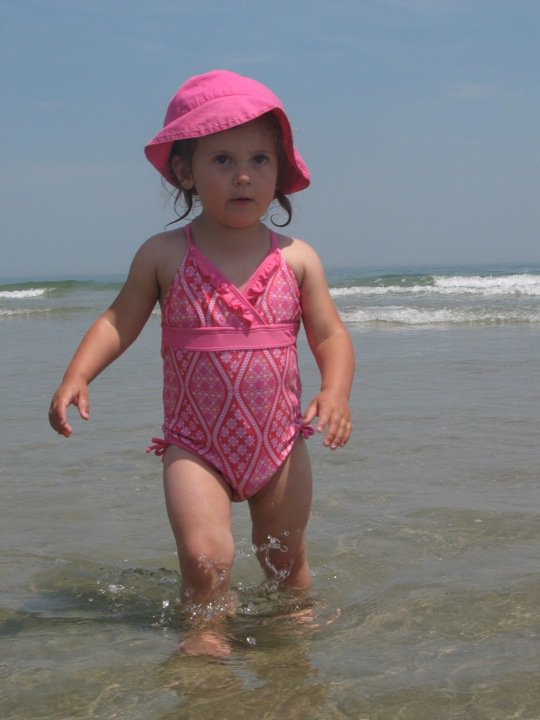 Sophie really had a ball. She waded right out into the surf. Thrilling 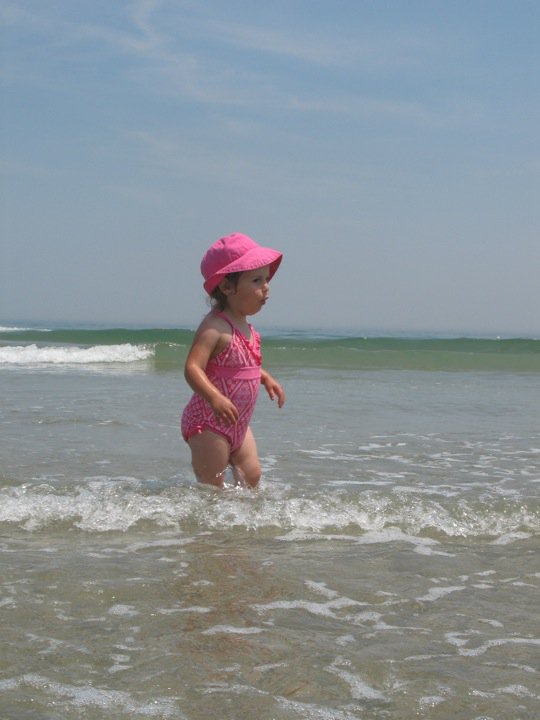 “You’re in the ocean, Sophie.” 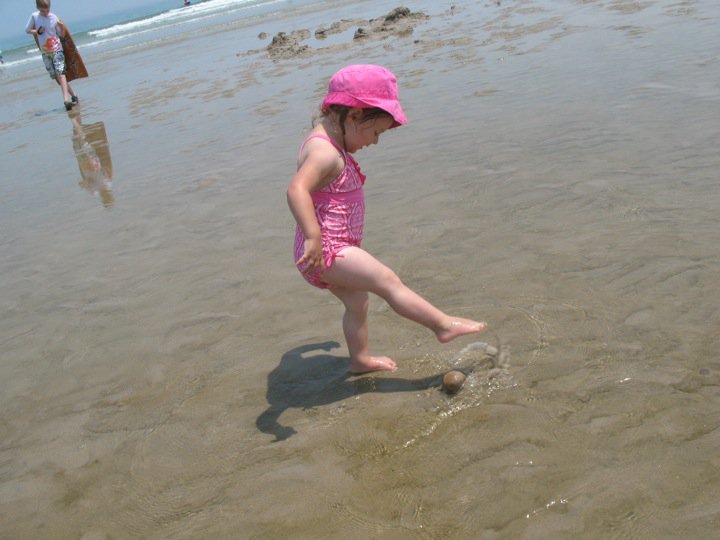 “I splash the rock!” 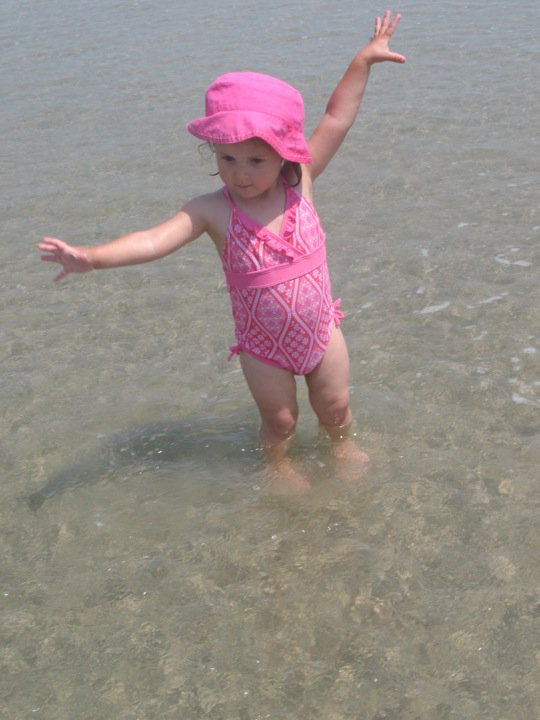 So very pleased with herself. 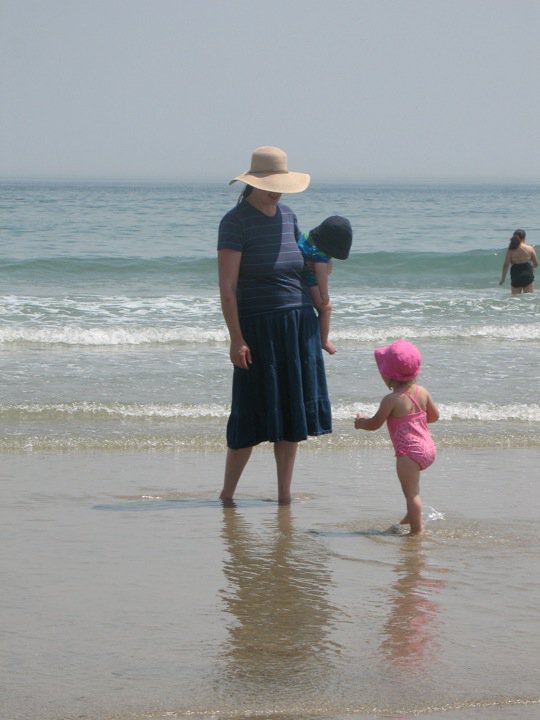 I didn’t bring my suit. Just stood and held Ben and watched my girls running about with my sister. 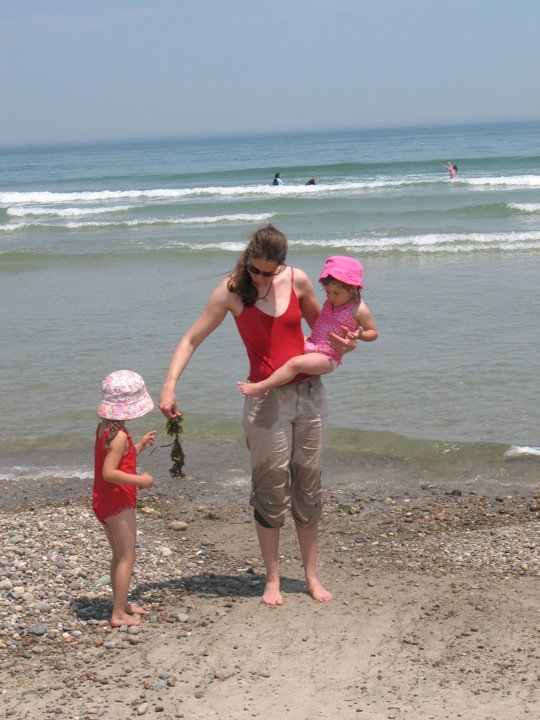 They found seaweed and crab claws and seashells and rocks. Oh the excitement! 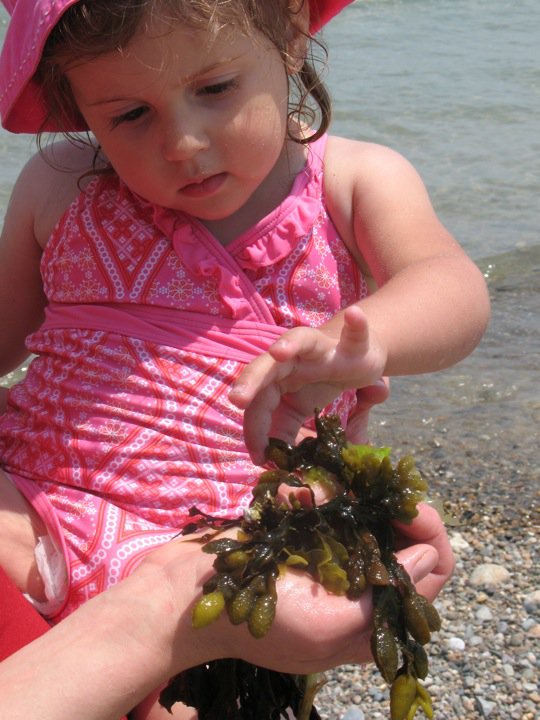 Sophie was brave enough to touch the seaweed. Bella was not. 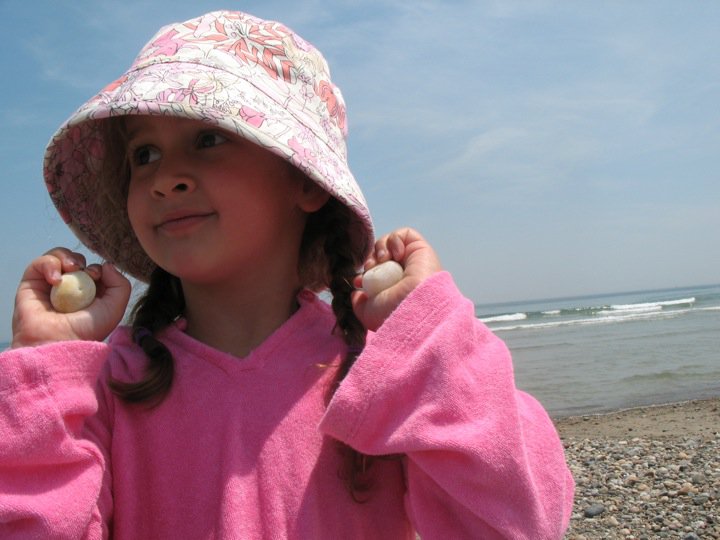 But she did find two rocks that looked like eggs. 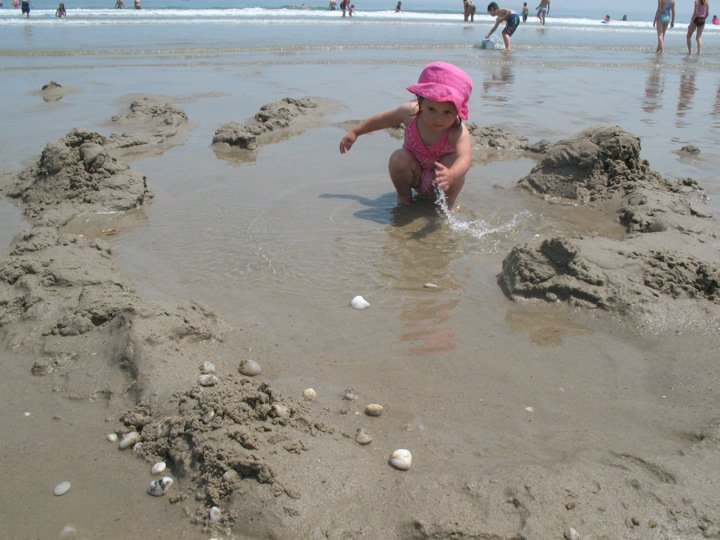 Sophie splashed in a big puddle made by some industriously digging big kids. 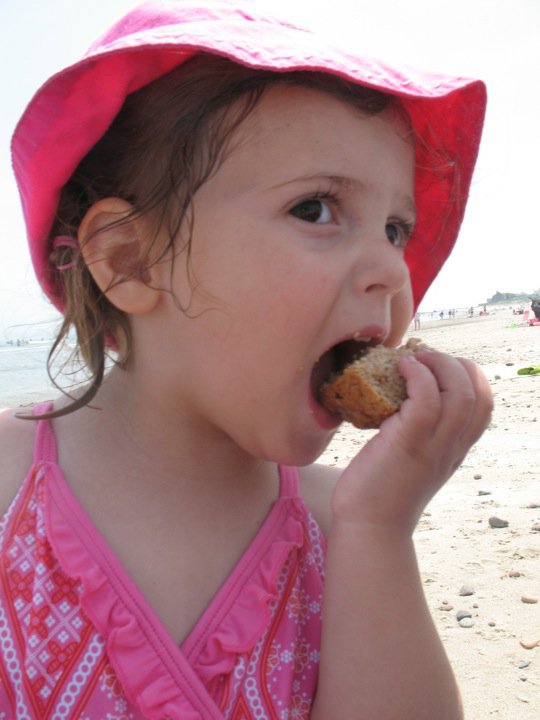 PB&J always tastes better at the beach. If you don’t mind a bit of grit. Ben and Sophie don’t mind it at all. It kind of creeps me out; but I’m not the one eating it. 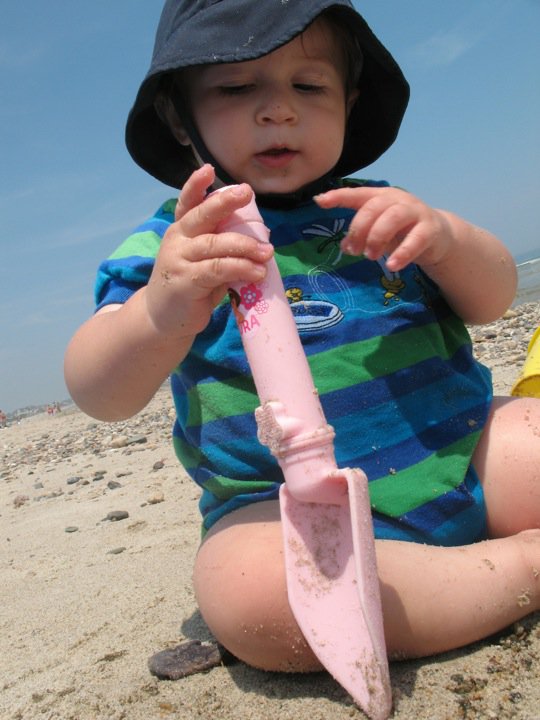 Ben had more fun eating the shovel than digging with it. A second stroke of genius: I actually remembered to collect some beach toys from the sandbox before we left. (I did forget my camera; but my sister brought hers, which is actually a better camera, so it was all good.) 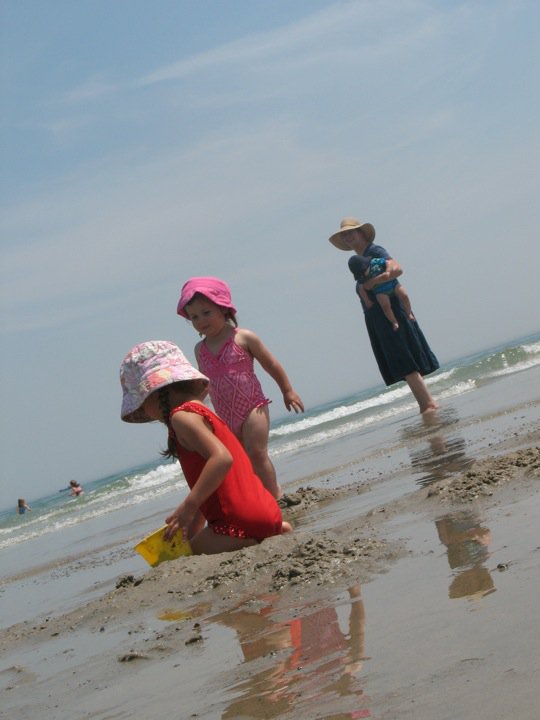 Though she ran in the shallows and splashed in the puddles, Bella didn’t really get wet. She certainly didn’t play in the surf. She’s the kind of kid who’s happiest digging in the sand and filling her pail with shells and rocks. 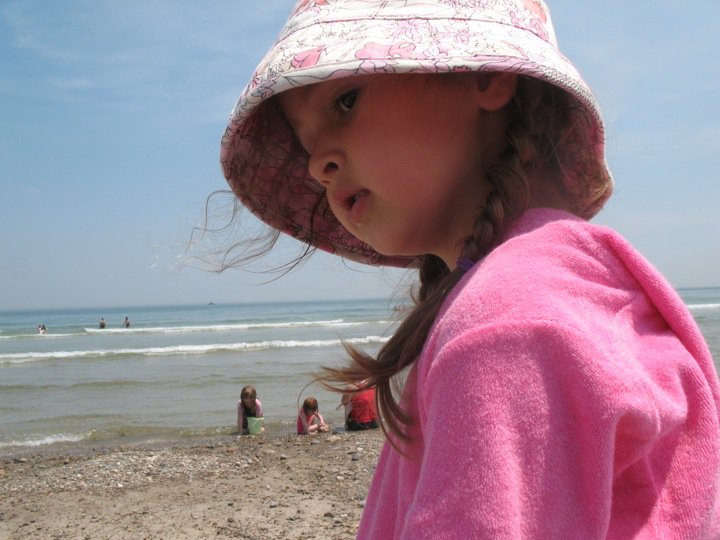 Halfway through the day she decided to put on her cover up. She was done with the water. 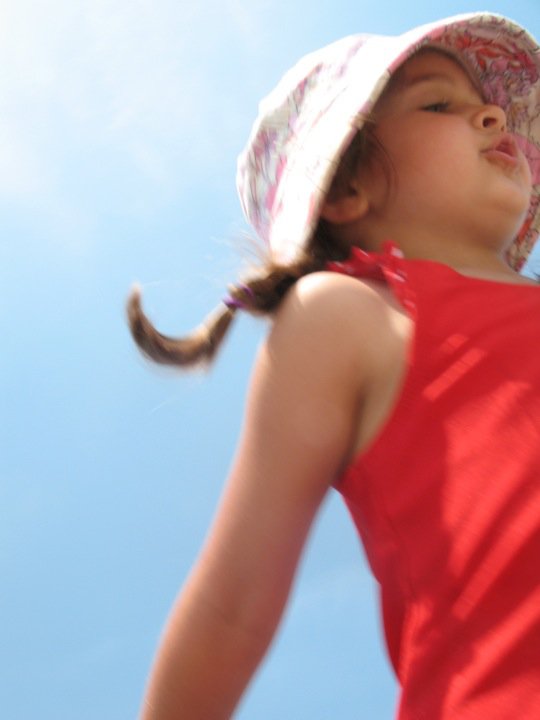 But make no mistake, she was overjoyed with her day at the beach. I was very happy I’d kept my promise to her for no girl could have been more pleased and thankful. 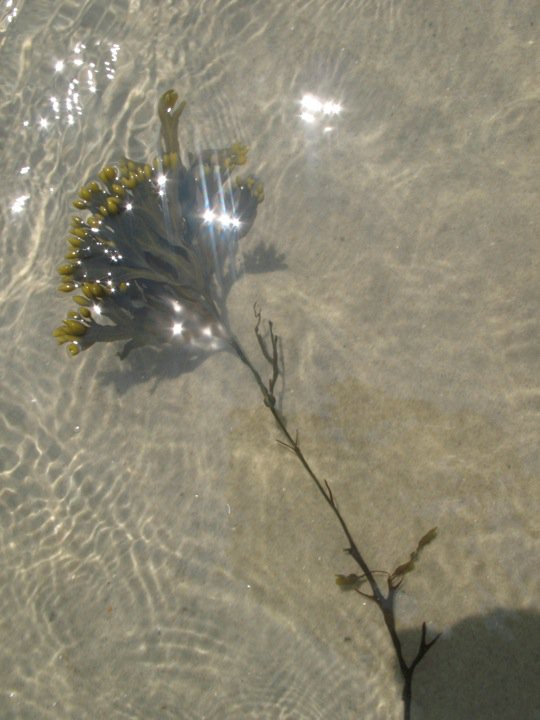 Truly a magical sort of day. Why, oh why don’t we do this more often?