Head for the Hills

Yesterday the kids and I took a little drive and met my friend and former roommate, Meghan for a walk at the Blue Hills Reservation. I got to meet Meghan’s sweet little William, just 8 weeks old. 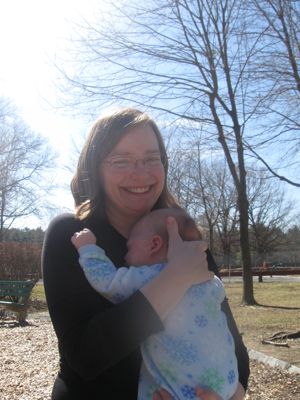 The plan was to stroll around Houghton’s Pond and then I’d brought a picnic lunch for my brood. Unfortunately there was construction and we couldn’t actually do the pond loop. So we just went back and forth down the road until Ben fell asleep. Then we went and sat on a bench in the playground area (Bella was thrilled there was a playground) and talked babies while the girls played. 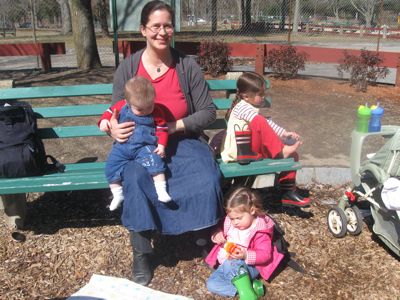 You know I think this is the first time I’ve ever spent time with a peer of mine where I was the older, experienced mom. It was a funny feeling. It made me realize I’ve learned a few things over the past almost-four years. I remember what it was like when I just had Bella. How new and scary it all was. It’s not that it’s easier now; but at least I’m no longer afraid of breaking the baby. 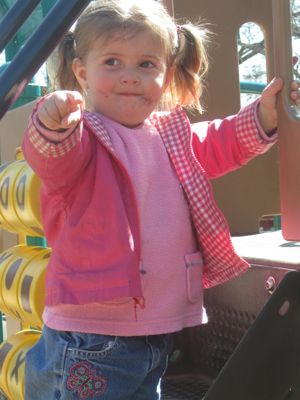 It took Sophie almost all the time we were there before she got comfortable enough to leave my side and climb over the playscape by herself. It seemed odd to me because last fall she was so independent. But I guess it’s been months and months since we were last at a playground and she needed time to get back to that comfort level. 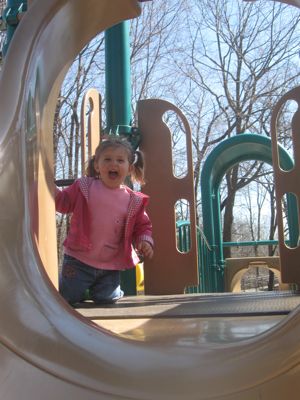 I suspect next time she’ll just run off on her own with no preliminary hesitation. 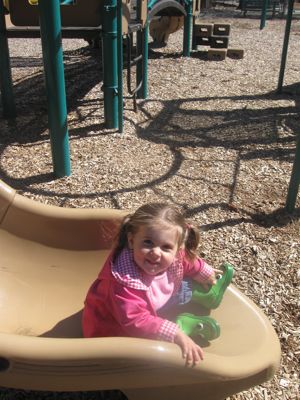 After a few trips down the slide where I had to be there in case she fell, she did a few runs all on her own. 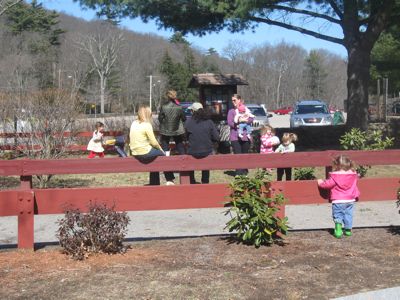 Bella, on the other hand, couldn’t be more independent. She spent much of the time on the far side of the playground watching other groups of children. 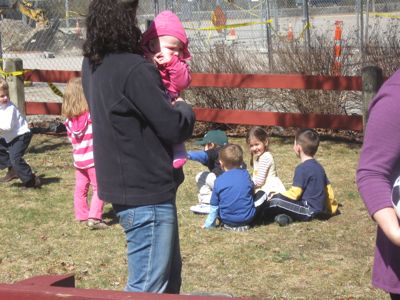 She even inserted herself into a game of Duck, Duck, Goose that another mother was organizing. I got the sense that all those moms and kids came together as a group. But of course that wouldn’t deter Bella.  She must have introduced herself for I heard the other mom calling her Isabella. 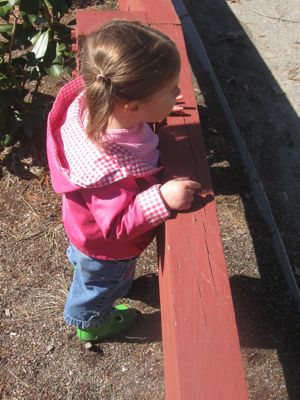 Sophie stood next to the fence and watched Bella playing with the other big kids. She didn’t at all seem disturbed by Bella’s desertion. 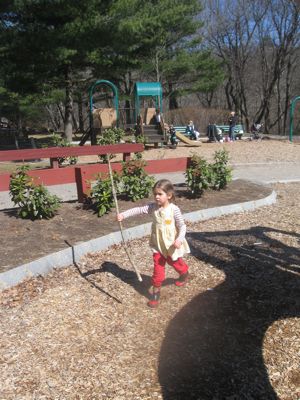 At one point Bella came running, screaming to me, tears streaming down her face. When I got her calmed down enough that I understood her, she gasped, “I want to play with the stick!”

Did one of the other children take the stick she’d been using? No, someone else! I supposed that to mean another mother. So I thought quickly on my feet. I had no idea whether Bella had taken a swing at another child and had the stick confiscated or if she’d just made the mother uncomfortable or they just thought on principle that small children shouldn’t have sticks. So I just told her that different people have different rules and that if the rule for that group was no playing with sticks, then if she wanted to play with those kids she’d have to not have a stick. If, on the other hand, she really wanted to play with her stick, she could bring it over to where I was.

“I want to chop the tree with the stick!”

“Well, you can chop this tree over here.” 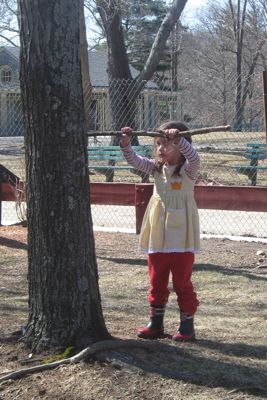 And so she went away and came back triumphantly (and perhaps a bit defiantly) carrying her stick. And proceeded to whack at the tree with it. Whereupon Sophie joined her and grabbed a stick and took some whacks at the fence. And then they spent some time planting smaller sticks upright in the ground. Making a garden Bella said. 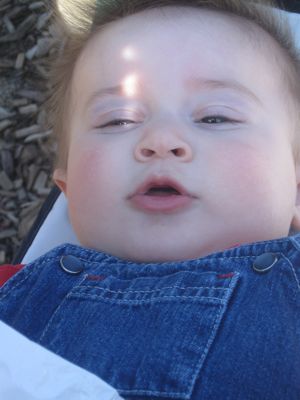 Ben did enjoy a brief stint sitting on the ground and experimenting with the taste and texture of leaves and wood chips. But mostly he slept in the stroller and sat in my lap.

At one point Meghan was nursing William and I was nursing Ben and an older woman with long gray hair in a ponytail came up and enthusiastically thanked us. For nursing our children. Because not enough mothers do it nowadays. 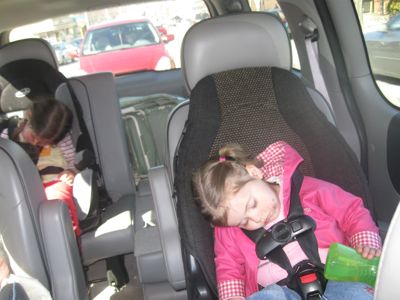 After almost four hours of hard play in the sun and fresh air, all three of my children fell asleep in the car on the way home. 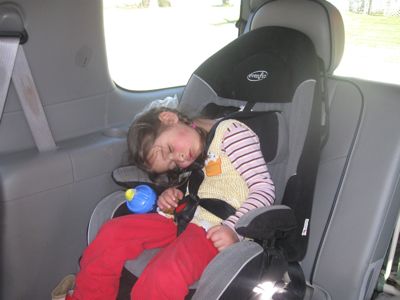 How sweet it is!

Except that Bella had to be woken up to get her out of the carseat. 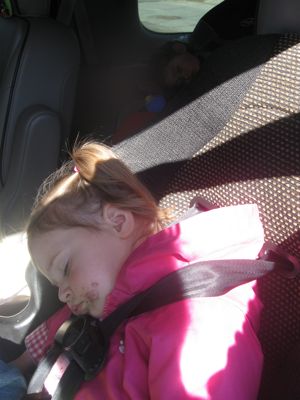 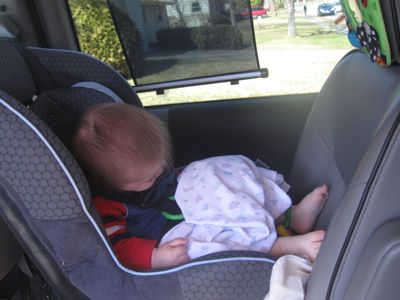 Even Ben snoozed. He woke up when I tried to transfer him to his bassinet. And then slept from four till ten. And then was up most of the rest of the night. I think he had a low fever, poor baby.