Is This a Maggot I See Before Me?
3 comments
Share:FacebookTwitter
Uncategorized

Is This a Maggot I See Before Me? 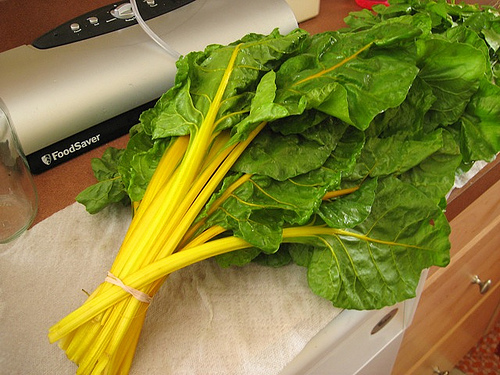 Three years ago, when I was pregnant with Bella and experiencing severe morning sickness, we picked up some broccoli from the farmer’s market. I was having an aversion to greens at the time anyway, even to my favorite broccoli; but I was determined to try to choke it down. That determination was blown to smithereens right after I took my first bite. Dom told me in a super calm voice to stop eating and look away. He’d found some worms in the broccoli. Ick.

I’ve since resumed eating broccoli; but have not been able to face getting broccoli from the farmer’s market. But we do get a wide variety of other fruits and vegetables. Today’s haul included a beautiful bunch of chard, some water spinach, peaches, blueberries, and zucchini. This afternoon I was preparing a peach and some blueberries for Bella when I spied a clump of little yellow grublike shapes on the counter, each about the size of a grain of rice. Super ick.

I called for Dom, as it is his job to take care of all creepy-crawlies that find their way into our house: “Are those what I think they are?”

Fortunately, no. He later reported that they were not worms, grubs, or maggots. Merely dried and crusty grains of yellow-stained rice fallen on the counter from the leftover Indian curry Dom ate for dinner last night. Phew!