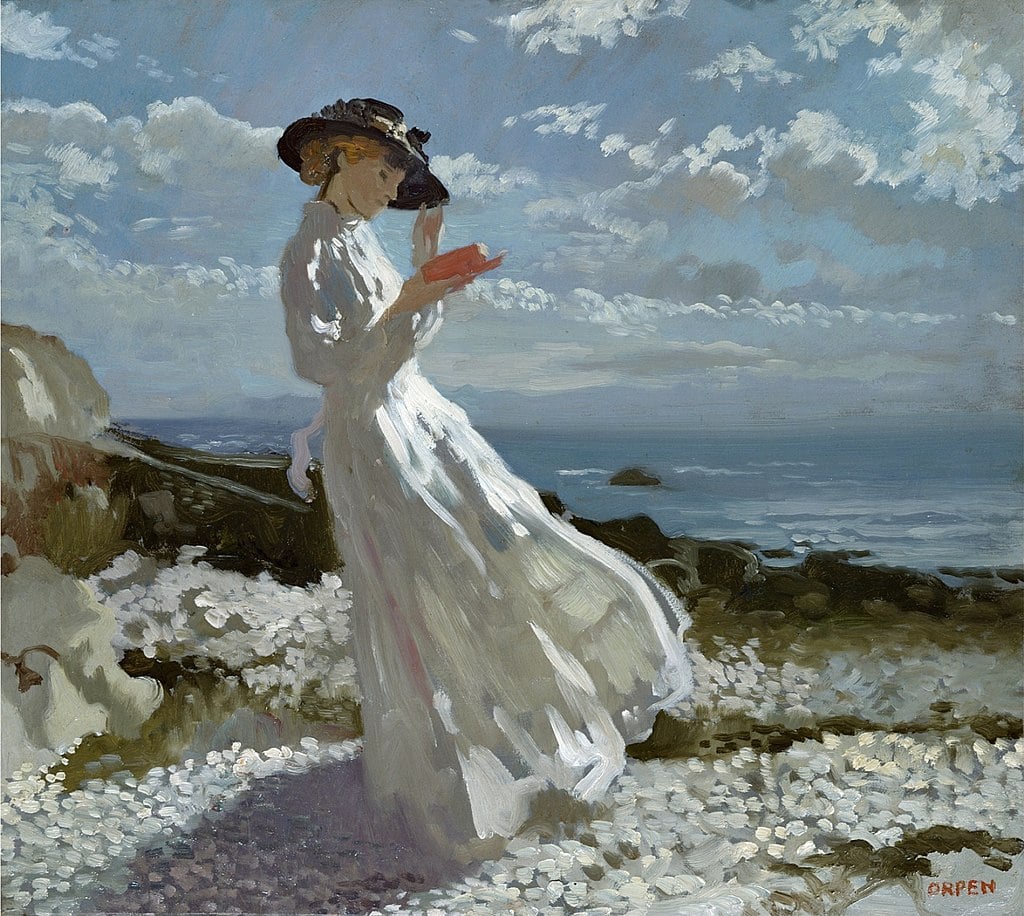 1. The Rise and Fall of D.O.D.O by Neal Stephenson and Nicole Galland
A fun science-fantasy time travel romp. Gosh I went in not knowing anything about DODO, not even that it had time travel and I really don’t want to spoil it for anyone. It was such a delightful rollercoaster of a novel but anything I say will give away a plot point that was so fun to discover as the story unfolded.

As with many Stephenson’s novels I liked the first half slightly better than the second half. He’s brilliant at creating the scenarios and the characters, but I’m always just a little dissatisfied with his resolutions. Not really disappointed, but feel like they don’t quite live up to the promise at the beginning. But that doesn’t really spoil the ride.

2. Hostages to Fortune by Joan Lingard
I think it’s the fourth or fifth of a series that I’d love to get my hands on the rest of. About a young couple, Kevin and Sadie, who meet and fall in love in Northern Ireland. He’s Catholic and she’s Protestant. In this volume they are in England and finding themselves in one unstable situation after another, looking for a job and a place to live after the former employer dies. Navigating the differences in their backgrounds. I really like Joan Lingard’s YA books, but they’re all out of print and hard to find.

3. The Warmth of Other Suns:The Epic Story of America’s Great Migration by Isabel Wilkerson

I started this one ages ago and finally finished it. It was such a good book. a non-fiction account of the Great Migration in America, the movement of almost six million blacks from the south to the north and west between 1916 and 1970, between the first world war and the sucesses of the Civil Rights movement.

The book focuses on three individuals, Ida Mae Gladney who leaves Mississippi and moves to Chigaco in the 1930s, George Starling who leaves Florida to go to New York in the 1940s, and Robert Pershing Foster who moves from Louisiana to California in the 1950s. In between their stories Wilkerson weaves the historical context and stories of other migrants. It’s clear that Wilkerson loves her subjects, that in the process or researching and writing she has come to a deep personal relationship with the people she writes about and she made me care deeply about them too.

The book is very well researched and the prose is highly engaging, I came to care about the individuals and through their stories to understand much more about not only the experiences of African Americans, but about the history of our country in the 20th century. It’s not just their story, it’s our story. A story I had no notion of before I read the book and a story I think all Americans should know. Highly recommended. I had Bella read it as well and she thoroughly enjoyed it. I think it should be on all high school reading lists.

4. To Balance on Bridges by Rhiannon Giddens
This was a delightful audiobook I listened to for free on Audible. Rhiannon Giddens has long been one of my favorite musicians since my sister introduced me to the Carolina Chocolate Drops, a group that explored the roots of old time African American music, some years ago. I’ve loved her work with the Chocolate Drops and her subsequent career. Giddens is a brilliant musician, originally trained as an opera singer, and then later delving into the world of folk music, learning the banjo. She’s a wonderful educator as well.

To Balance on Bridges is a musical memoir, an autobiographical journey with music sung by Giddens. Thoroughly enjoyed this Audible-original audiobook.

1. The Brendan Voyage by Tim Severin.

In which the autor builds a leather boat and sets off from Ireland sailing from island to island across the North Atlantic to prove whether it is possible that Saint Brendan’s falbled voyage might actually have happened and to demonstrate that it is possible that the Irish might have reached America centuries before Columbus.

Whatever else it is, it’s very well written and highly entertaining. The kids are loving it. As am I.

We’ve been fascinated by the detailed descriptions of the process of a recreating of a medieval leather boat and the vast numbers of people who participate in that project. Severin’s goal is really not about proving or disproving the actual story of St Brendan; but proving the concept of island hopping across the North Atlantic is at least technologically feasible using medieval technology. In that sense it reminds me a bit of Craeft by Alex Langlands, which also attempted to understand medival technology and craftsmanship by engaging firsthand in the process of making and doing.

I like how Severin starts with the documentary evidence– his wife is a medievalist– with a close reading of medieval texts for possible clues about the voyage– he’s a sailor and is fascinated by how much it reads like a real travel narrative and not like a fable or myth. And not only for clues about the voyage but also for clues about the constrution of the boat. He then seeks out craftspeople and contemporary experts in the materials in question– leatherworkers, boatmakers, woodoworkers, experts in flax– and really looks at the material culture. And then once he’s constructed the boat– with a lot of trial and error– he sets out on the voyage itself.

The kids were impressed by how many people contributed to the voyage long before there was a boat or it put into the water. Severin has a knack of writing about people and each individual he meets comes to life. People step in and out of the story and you feel like through Severin you have been connected to them in a web of relationships.

The voyage itself is dramatic and adventurous. Plenty of peril on the high seas. There’s a good bit of geography too that kept us consulting the maps. And some natural history, bird and whale spotting and considerations of weather, tides and currents, and a bit of celestial navigation too.

2. The Glass Palace by Amitov Ghosh

A historical novel about Burma in the 20th century. The novel takes place in Burma, India and Malaysia with a cast of characters is primarily that is Burmese but also Indian, Malaysian, English, and American. The novel begins a little before the British invasion of Burma in the 1880s and the fall of Mandalay and the exile of the Burmese king to India and ends in the 1990s with the granddaughter of the original characters traveling from India to Burma (now Myanmar) to discover her roots and a remaining uncle she’d never met. Covers a little over a hundred years, four generations. It follows three families whose fates are intertwined by affinity and intermarriage.

I have become a fan of Ghosh’s work. I really love the sweep of his novels, the lush descriptions, the fascinating characters, and through his eyes exploring a part of the world and a part of history that I know far too little about: British colonialism and exploitation of Burma, India, and Malaysia; the second World War in southeast Asia, the movement for Indian independence.