Enemy Brothers and the Broken Icon 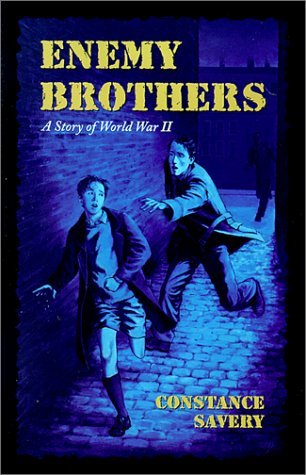 My friend Erin at Bearing Blog has a good post up, pondering a quote that my sister had posted on Facebook: Bearing Blog:Correction, and the damaged icon

Unless we look at a person and see the beauty there is in this person, we can contribute nothing to him. One does not help a person by discerning what is wrong, what is ugly, what is distorted. Christ looked at everyone he met, at the prostitute, at the thief, and saw the beauty hidden there. Perhaps it was distorted, perhaps damaged, but it was beauty none the less, and what he did was to call out this beauty.

This is what we must learn to do with regard to others. But to do so we must first have a purity of heart, a purity of intention, an openness which is not always there – certainly not in me – so that we can listen, can look, and can see the beauty which is hidden.

Every one of us is in the image of God, and every one of us is like a damaged icon. But if we were given an icon damaged by time, damaged by circumstances, or desecrated by human hatred, we would treat it with reverence, with tenderness, with broken-heartedness. We would not pay attention primarily to the fact that it is damaged, but to the tragedy of its being damaged. We would concentrate on what is left of its beauty, and not on what is lost of its beauty. And this is what we must learn to do with regard to each person as an individual…

…but also – and this is not always as easy – with regard to groups of people, whether it be a parish or a denomination, or a nation. We must learn to look, and look until we have seen the underlying beauty of this group of people. Only then can we even begin to do something to call out all the beauty that is there. Listen to other people, and whenever you discern something which sounds true, which is a revelation of harmony and beauty, emphasize it and help it to flower. Strengthen it and encourage it to live.

I really love that image of the damaged icon. I can see it in my mind’s eye. And it makes me want to cry.

I just finished reading a novel with Bella, Enemy Brothers by Constance Savery. Bella read the book last year and loved it and was trying to get Sophie or me to read it so someone could talk about it with her. I found an online literature class on Homeschool Connections that is focused on the novel and she’s currently taking that and really loving it.

Enemy Brothers was written in the middle of the second World War, published in 1943 before the war was even over. It’s about two brothers from a very large British family– 12 kids in all. One of the brothers, Anthony, was kidnapped at age 18 months by a German woman, an acquaintance of his mother from school, and raised thinking he was German. His older brother, called Dymory, was 7 at the time and made a vow to their mother as she was dying not long after the kidnapping that he would not stop looking for his little brother.

Well, the war brings them together in a surprising way, but these odd coincidence do happen in war. And the little brother is now about twelve and a thoroughly indoctrinated Nazi and a bully and a snitch and just absolutely horrible. But his older brother, Dym, is overjoyed to have found him. The long process of the younger brother accepting that he is Tony and not Max, that he is British, not German, and that he belongs to THIS Ingleford family and not that Eckermann family… and of him coming to see the Nazis for what they are… well, it is a beautiful story of redemption.

But most of all what I love is how the older brother treats his younger brother as a damaged icon. Loving him simply because he is is brother, allowing him to be himself– Dym is the only one of the siblings who calls Tony his preferred name of Max– and cherishing him for the good he believes is there, even when it’s very hard to see it. And from the first the younger brother responds to that love, grudgingly at first, but eventually coming to believe that he is one of the family, wanting to be one of the family. Though that only happens after he’s used up his nine “lives”, his chances to run away. Dym tells him that he can run away from home nine times, but after the ninth there will be a row. And those nine chances are really beautiful, a grace, showing a deep appreciation for who Tony is now, and an awareness that he’s going to run and that he needs to be able to run. Putting him into prison won’t change his heart, only allowing him the freedom to make a true choice. Dym’s trust and his ability to see the good in who Tony is now, not despairing at the ways the Nazis have twisted him, his faith in Tony’s goodness his ability to choose justice and love and the path of right, that’s what wins Tony’s heart.

Dym explains to his younger brothers and sisters that Tony has a choice set before him, symbolized by two magical swords of legend, Balmung and Chrysaor. Balmung is from the German Neibelung Leid and Chrysaor is from Spencer’s Faerie Queen. Tony’s choice, in Dym’s mind is epic, it’s not about whether Tony will accpet them as his family, but about how they, his family can model the good that they want him to choose. Almost all that Tony will know of England, that he can base his choice on, is the daily actions of his family. Dym wants their goodness to call to the goodness that is in Tony.

Dym doesn’t know it but Tony overhears this conversation and in the end when he makes his choice, Tony, too, frames it in terms of choosing the sword Chrysaor.

D’you remember the book of German legends downstairs Tales from the Nibelungen Lied? There was a sword in the story, the sword Balmung, stolen from the treasure hoard. It was the sword of conquest and, wherever it went, it brought woe and destruction. That’s the very sword Germany’s using today. She’s fighting with the sword Balmung. The United Nations are using another sword, Chrysaor, the golden sword of Justice.

“There’s a rambling old Elizabethan poem about a knight who carried that sword long ago. He fought for justice and cared only to right the wrong. He wasn’t always successful. Made a ghastly muddle of his various quests and collected a host of enemies who loathed him because he tried to do justly. We’re using the sword Chrysaor, like that knight. We’re fighting for freedom and justice and the rights of the weak against the strong.

“Tony’s been taken out of the country where the sword Balmung has been forced into every hand, and he has been brought into a country that fights with the sword Chrysaor. Now he’s got to choose for himself which sword he’s going to use, Chrysaor or Balmung. It’s lucky he’s no older. Another year or two might have set his mind so that he couldn’t make a choice. But it’s a hard choice, all the same.”

“There’s such a thing as blind loyalty,” said Dym. “It can make the easiest choice very hard indeed. What we need to remember every minute of the time is that Tony will judge England and her cause by what he sees in this house in the next few months. What he sees outside the house will influence him too, but not so much as what he sees inside it. As far as he is concerned, we are England. He isn’t very old, and you can’t expect him to read deep books or listen to broadcast speeches by way of finding out for himself whether England’s cause is just. He has been told that the British are greedy and treacherous, soft, selfish and arrogant. That means that if we in this house allow ourselves to be impatient, unkind, self-righteous, he won’t choose Chrysaor. How could he? And what would be the use of keeping his body a prisoner on English soil when his soul belongs to Germany. None. If he chooses Balmung, we shall have failed, utterly failed. But we must not fail.

Dym sees in Tony the quality of loyalty– what drives his struggle is loyalty to the only country and family he’s every known. And that loyalty is one of the good and beautiful things about Tony. Dym calls to that goodness, that loyalty and asks Tony to consider whether it is misplaced. Asks him not in words but in deeds, and most of all by being unfailingly loyal to Tony and by not challenging Tony’s identity directly.